“The order you enjoyed may have come at a price, but I’m sure you remember the cost of chaos”.

After the American bombing of Baghdad in 2003, four lions escaped Baghdad Zoo. ‘Pride of Baghdad’ is a fictionalised account of those starving lions as they ventured into the city, and the threats they encountered along the way.

We quickly come to differentiate between the lions, each with clear motives and mindsets. Vaughan and Henrichon make the clever decision of having the anamorphic protagonists all talk fluent English – which works better for me than the animal dialogue in something like ‘We3’. It makes the whole thing feel fantasy-esque, almost like a fairytale – something that works well with the otherworldly landscape of crumbling Baghdad. 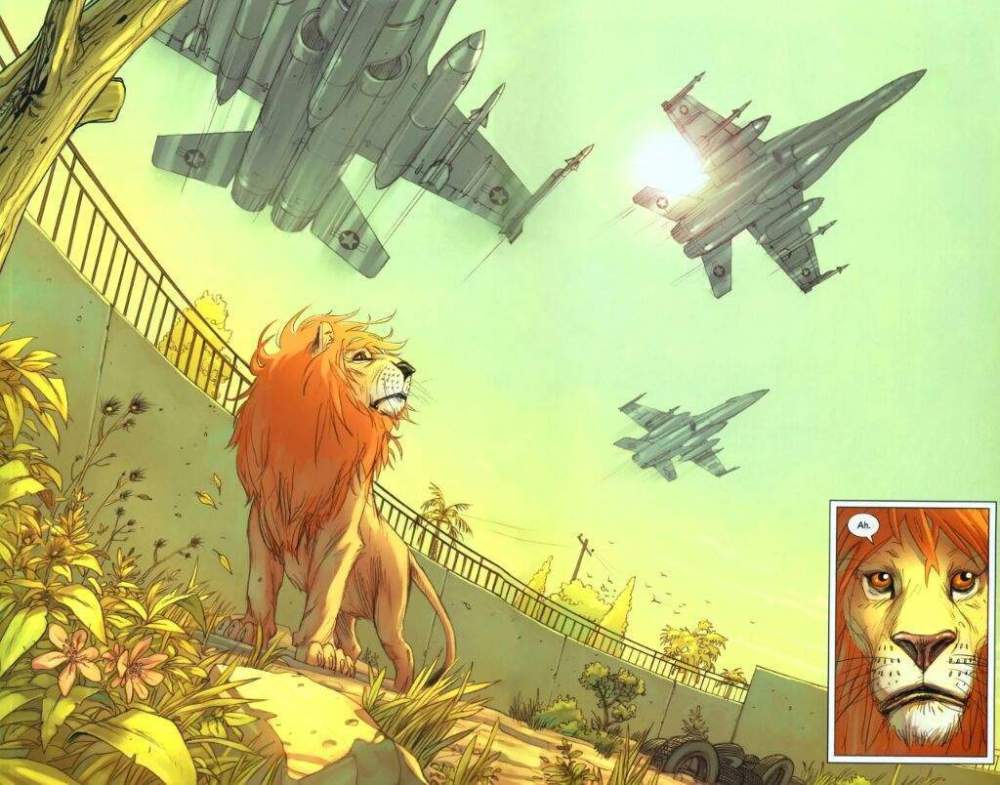 The lions all have clear and distinct personalities, and the art on them is fantastic. In fact the art is superb throughout, often conveying emotions through the facial features of these very real characters. There are some truly fantastic full page spreads which show the diverse landscape of the country.

The book can be enjoyed in two ways. Firstly, it is a thrilling survival story. Watching the lions move from the safety of the zoo into the wild unrest of the city has an apocalyptic feel, as the lions try and salvage as much food as they can and find shelter. There’s so a great cast of other animals – monkeys, a turtle, a bear – which pop up and either offer some excellent dialogue or a threat to be conquered. 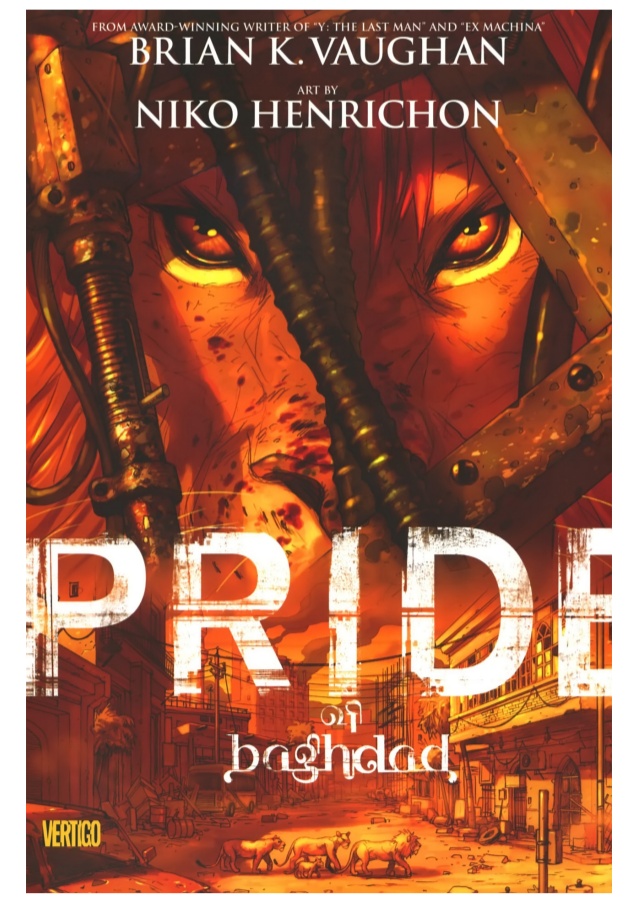 The other way to read it is as an allegory for the war. Each lion represents a different viewpoint on the conflict, which the creators not offering a definite answer as to which one is right. It was and still is a messy situation, and the arguments and debates the lions have about freedom and captivity will always ring true. The story ends with a reminder of the true story, and who this tale is really about. It’s a deeper level like this that pushes it into that five-star territory. It’s never forced either, being subtle enough that you know that deeper meaning is there if you choose to analysis it.

Despite this, the book is enjoyable. It’s heavy in parts but never stops being an entertaining comic and really beautiful to look at it. I’d recommend it to anyone with an interest in graphic novels. It’s a great reminder of what the medium is capable of.

One thought on “What I’m Reading – ‘Pride of Baghdad’ by Brian K. Vaughan and Niko Henrichon”