“Thanks for the ride, lady!”

Let’s get one thing clear straight away; Creepshow 2 is not the first Creepshow. It’s not really on the same level. While it’s still based on stories by Stephen King, George A. Romero has gone as director (replaced by his longtime cinematographer Michael Gornick) and the film is about 40 minutes shorter. Not that quantity equals quality mind, but the first film was so chocked full of variation that it was impossible not to love at least a part of it. Or if you didn’t like a part of it (and “The Lonesome Death of Jordy Verrill” was certainly not for everyone) the rest would make up for it. But with only three stories in its 90 minute run time, Creepshow 2 may lose your interest if one of the parts isn’t for you. And after the kickass opening (with the awesome Rick Wakeman score) the film doesn’t exactly get off to a gripping start… 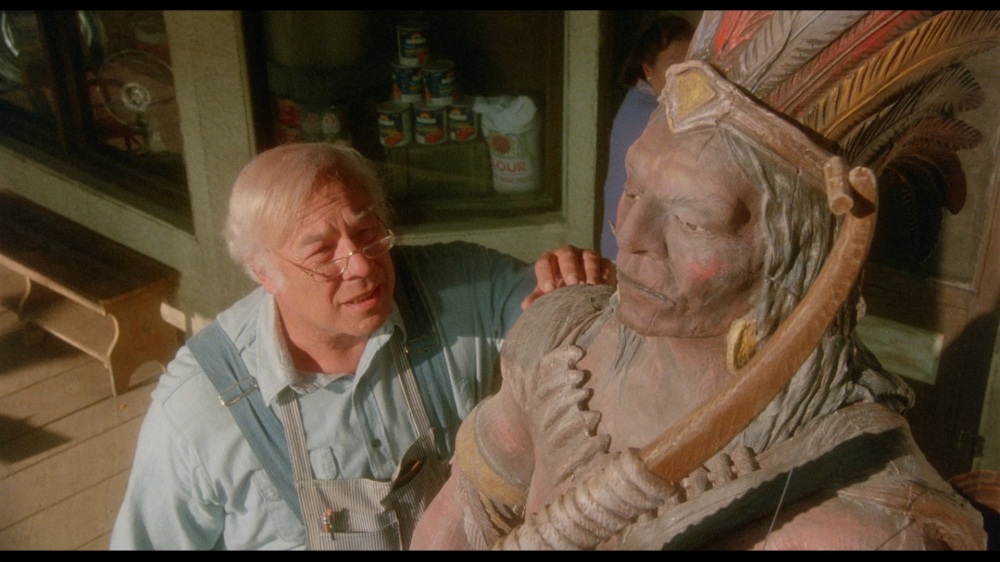 Old Chief Wood’nhead isn’t a bad story. In fact, placed a little better in the film, it could have been a nice breather between the other two more intense stories. But after the awesome opening, which along with the great soundtrack turns from a live-action scene into a nicely animated section, the first 20 minutes are just the late George Kennedy talking about his economic woes and cleaning the grubby Native American statue outside of his shop. It’s well acted and hits all of the right notes if you’re looking for a film dealing with the highs and lows of opening a general store in the quickly drying up American West. But you’re not; you’re here for horror, and the film is way too slow with delivering it. When things do get violent though, and Kennedy and his wife are murdered, it does admittedly hit harder as you’ve been suckered into this slow-burn American drama for the past 20 minutes. And things all unravel pretty fast when the statue comes alive and hunts down the perpetrators. The kills are good and gory, if a little quick, but it sets the tone for what’s to come. It’s just a shame that it takes so long to get there. 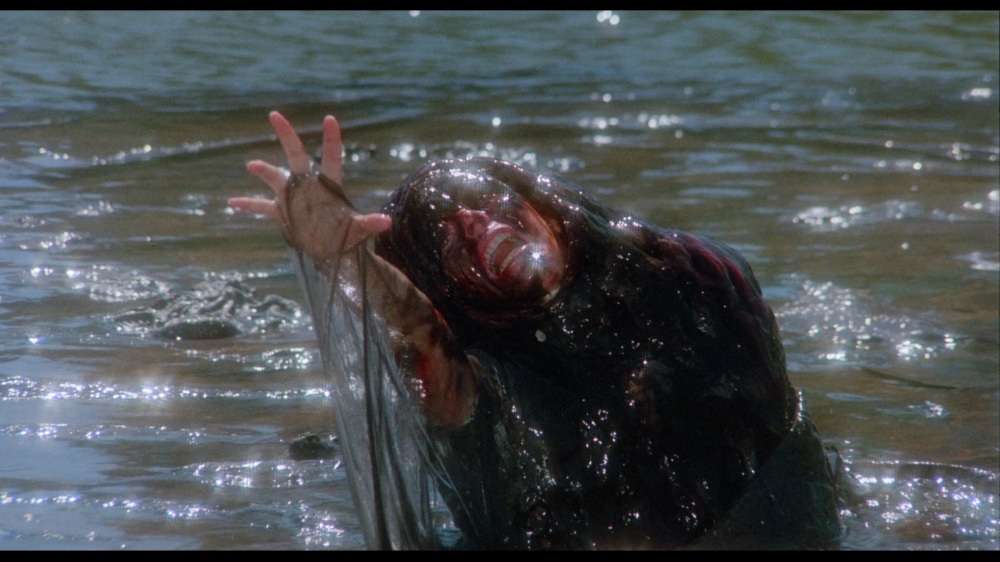 The Raft is for me the most unsettling portion of the film, and not just for gross-out gore. After a group of teens set out for some action at a secluded location, not realising that this never ends well, they soon realise that maybe they’re not as alone as they seem… So far, so Evil Dead. But as the kids get trapped on the eponymous raft in the middle of the lake, there are some genuinly original scares. You wouldn’t think a monster that looks like a slowly floating bin bag would be scary but it soon becomes horrifying as the teens are melted to death one by one. Each death is wonderfully gross and The Walking Dead’s Greg Nicotero provides some fantastically gory imagery. But due to the nature of the segment only being 20 or so minutes long, you never get to know the characters. Their stock character archetypes have to do much of the heavy lifting, which makes it that much more surprising when the good guy nerd character turns into a rapist. Maybe a holdover from the Stephen King story it’s based on or maybe just a sign of how tone deaf some films could be in the 80’s, it comes completely out of left field and the sequence isn’t at all long enough or the film capable enough to deal with it. Thankfully he dies a satisfyingly gruesome death but an unpleasant feeling lingers on, one I don’t think the filmmakers intended. 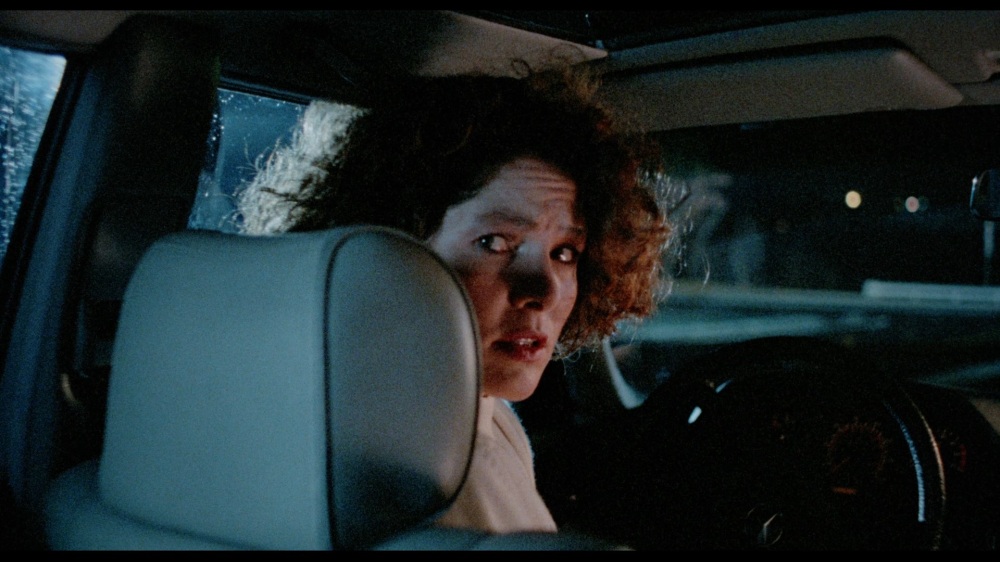 The Hitchhiker is the strongest sequence in Creepshow 2 by quite a measure. Lois Chiles is fantastic in the central role as an adulterous wife who hits a hitchhiker driving home late at night. And things only get worse from there. The other two stories in the film haven’t really had any particularly strong performances but Chiles really holds the whole of her segment together. She’s alone in a car for much of it but still manages to make it engaging. She makes the character sympathetic despite the fact that she’s cheating on her husband and has just committed hit and run. The gore is once again another standout and is some of Nicotero’s best work ever. The Hitchhiker’s ever-deteriorating appearance is some of the best prosthetics work I’ve ever seen and is often truly disgusting. The spooks do eventually give way to hilarity; the sight of the mangled corpse of the Hitchhiker clinging on to Chiles’ character is scary at first but ends up being hilarious. Not that this is a problem though; the whole Hitchhiker sequence is a blast from start to finish.

When all is said and done, Creepshow 2 is not on the level of the first. By being much shorter it leaves the lesser stories fewer places to hide. The whole thing feels a little cheaper and less effective. But it’s still a hugely entertaining film, especial in the second half. The gore is fantastic and the scares are frequently terrifying. Along with an awesome score and a fun animated interlude, Creepshow 2 is a winner. If you liked the first one, definitely check this out.