This weeks episode of The Walking Dead continued the events of last weeks terrific instalment with the follow-up to the Saviour’s promised attack on The Hilltop. With Simon leading the crew instead of Negan (whose kidnap by Jadis will be revisited next week) the plan has changed from Negan’s more peaceful ‘send a message’ approach to Simon’s all-out ‘kill everyone approach’. Poisoned weapons at the ready, the Saviours attack started off well; even background stalwart Tobin took a hit. But Maggie is proving more and more what a capable leader she can be; directing the counter-attack from the front lines. Even when that falters, somebody must have used all of their hero credits because Rick enters the fray and the Saviours soon run off with their tails between their legs, apparently defeated…

But if you remember back to a couple of weeks ago, and the scene of the Saviours coating all of their weapons in the blood and guts of walkers, you’d know that not everything was going to be alright at the Hilltop. Tobin wasn’t just stabbed – he was infected and was about to turn. And boy did he. The show has spent so long focusing on the Saviours as the enemies that we’ve forgotten just how deadly the walkers could be. This episode gives us a real reminder that the characters are never really safe, even if they were to win this war. The episode also leaves us unsure over the fate of Tara, who was shot by Dwight just before Simon could take her out. Smart viewers out there (or comic book fans who remember the original comic plotline) will realise that Dwight obviously wouldn’t have coated his arrows and was actually saving Tara’s life. Hopefully the perpetually angry Daryl will realise this as well, before it’s too late. I’m glad it’s not Rick who was given this plotline (it was him in the comics) as he’s way too busy to be dealing with this right now. But I’m not sure how well the fact that Tara got it in his place will go down with the already Tara-hating fanbase. Me, I like her fine. I liked her more when she was introduced (as a turncoat ally of The Governor’s) and I feel she hasn’t had a decent plotline since Denise was killed, but she’s alright. Hopefully, the forgiving-her-girlfriends-murderer-arc she’s going into will win her a few more fans. 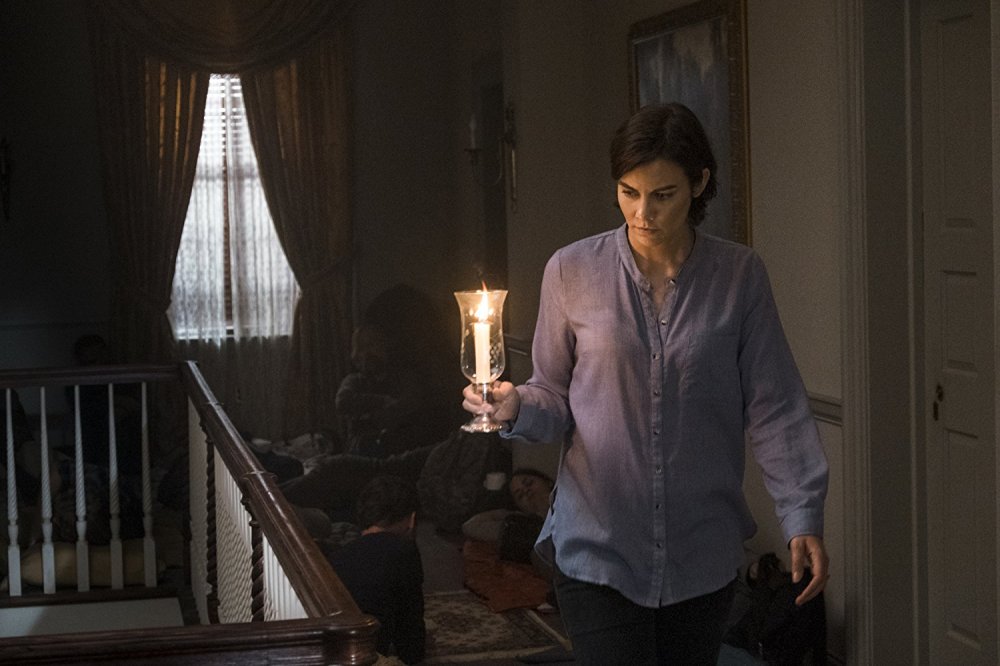 I’m not sure where this leaves us for the future but one thing I do know is that Simon (the wonderful Steven Ogg) is living on borrowed time. Whether his fate will be at the hands of Negan upon his return or Rick during an upcoming battle – his days are most certainly numbered. Simon murdering the trash folk after Negan gave him explicit instructions to not do that is enough to get him killed but after this episode’s Hilltop fiasco he better hope Jadis doesn’t release Negan. And on that subject; it looks as if we’ll return to Negan and Jadis in the next episode ‘Still Gotta Mean Something’. Jadis’ transformation into one of the show’s most hated characters into one of it’s most intriguing is a testament to how far the showrunners are willing to push an idea, even if the fans despise it. Nearly every fan hated the trash people and the way they spoke but it looks as if now their community is at the heart of some of the most interesting stuff in the show. I don’t know what Jadis has planned for Negan but I can’t wait to find out.