Based on the excellent 1955 short story, ‘Foster, You’re Dead’, Safe and Sound is a contender for the best episode in the series. The original story dealt heavily with consumerism and cold war anxiety. And seeing as consumerism is worse than ever, and that we’re sort of heading into a second cold war, the time was right for an updated version of this story. 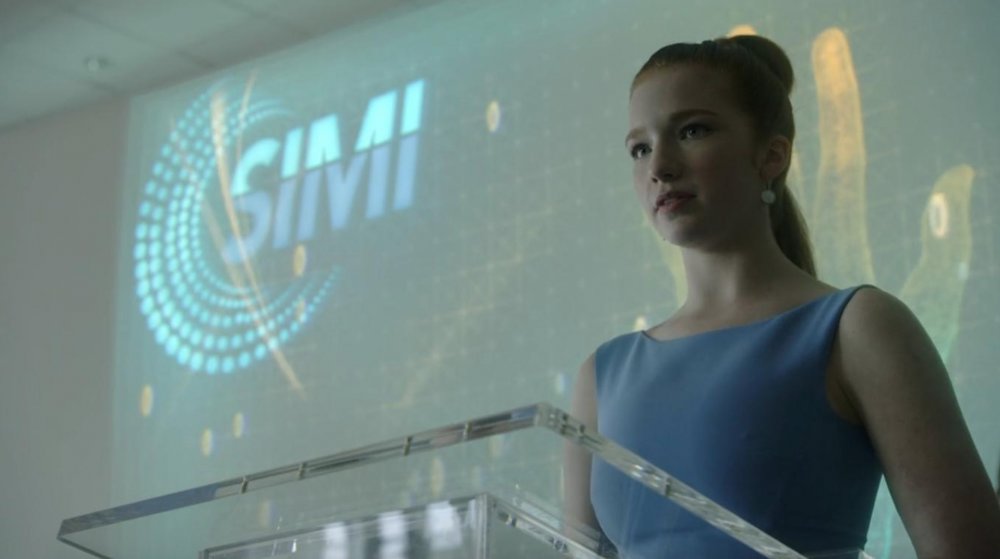 In Safe And Sound, writers Kalen Egan and Travis Sentell have expanded on the story’s original idea of a schoolboy desperate to fit in to society, and a parent who swears it’s a con. They’ve built an entire world out of this – where half the population is addicted to the lastest technology and the other half shuns it. But unlike the bomb shelters of the original, it’s the Dex that all the cool kids just have to have. Foster’s mum doesn’t want to conform, but for a girl in high school this might be the most important thing. Nothing makes it easier to fit in than by having the latest cool gadget.

16-year-old Foster and her mum come from the low-tech ‘bubbles’ on the other side of the rift. Their loose, hippy-ish, organic-looking clothes are a stark contrast to the bright colours of the future clothes everyone else is wearing. This tension and conflict between these two worlds is explained pretty well, and it’s a great look at the power of propaganda as Foster sees what the rest of the world thinks of her kind. 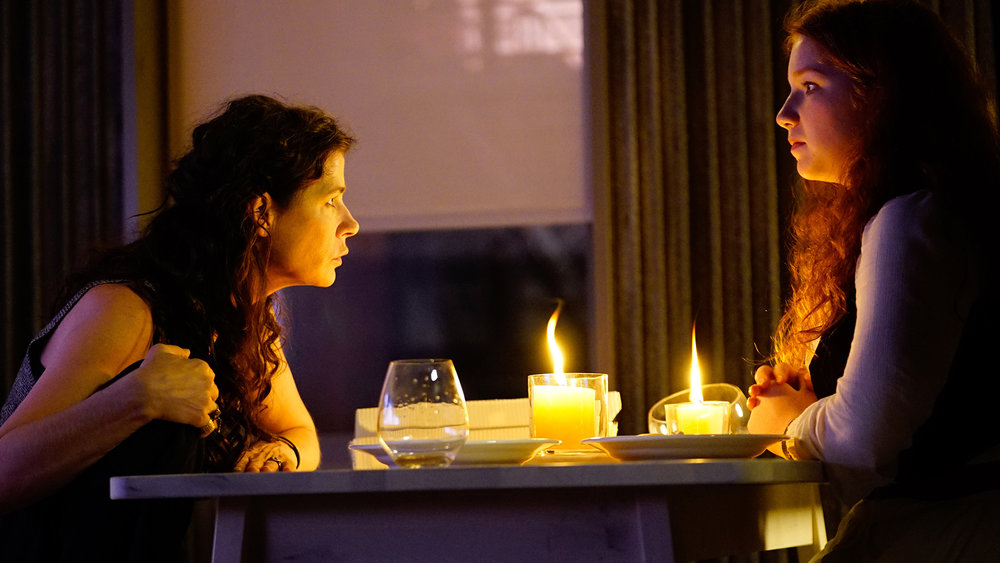 This detailed world building is one thing that pushes this episode to another level. It doesn’t feel like we’re only seeing an hour-long episode, it feels like a real world. One that could be a series on its own, and one that feels like it will carry on breathing when the episode ends. The direction by the reliable Alan Taylor is stellar too, giving the world a very real sci-fi feel. It’s not flying cars and lasers, it’s prying wearable technology, garish clothes, and high security schools. And we’re depressingly close to these things as it is.

Foster is soon embroiled in a scheme to discredit her troublemaking mother, which culminates in her being cooerced into bringing a ‘bomb’ to school and her mother being arrested. Even if you guessed the ending, there are more than enough twists and turns. Is ‘Ethan’ real or is Foster crazy like her father? Even if things get crazy, it’s all held together by an excellent performance from Annalise Basso. She manages to capture that fear and confusion we all feel as teenagers, on top of dealing with the fact that she might be crazy. It makes Foster’s choice to betray her mother a believable one.

Ultimately, there was no way to update the original story and not change it. The story is great, it’s one of my favourites, but it is simple. And definitely rooted in the time of panic and cold war fear in which it was written. I’m glad the episode updated that and expanded on it – it’s an excellent hour of TV with a great central performance.