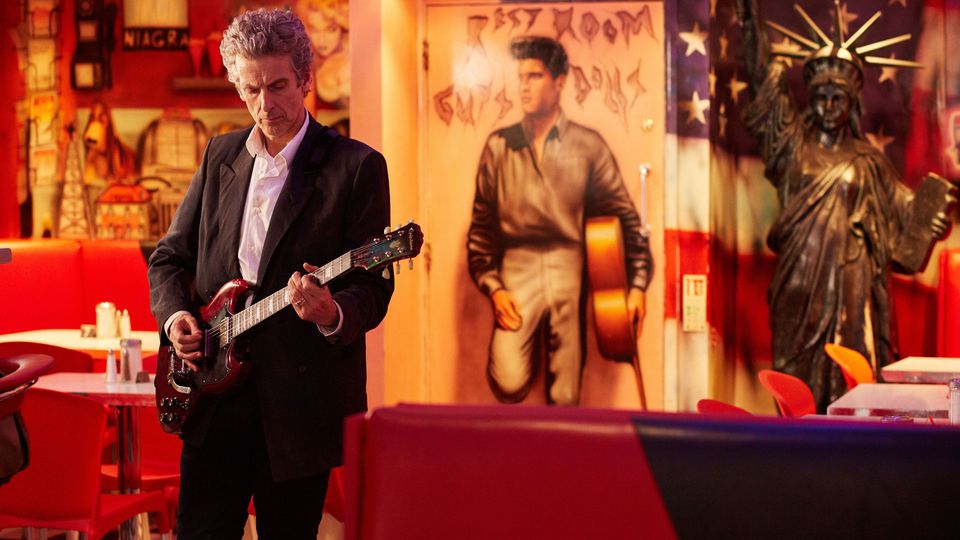 Never be cruel, and never be cowardly, and if you are, always make amends.

In this episode the Doctor makes a joke after shooting someone, stating ‘We’re on Gallifrey! “Death” is Time Lord for “man flu”.’ Well it seems this is the thinking of Steven Moffat when it comes to his characters too. We all know he has difficulty keeping his characters six feet under, but this episode takes the cake.

Let’s start with the good stuff. That cold open was great! Even when Clara pops up you’re hoping they can do something fun with it, maybe she isn’t alive? The aesthetics of the US diner is so cool and fits well with Capaldi’s guitar playing rock ‘n’ roll Doctor. The real meat of the episode takes place as a story told by The Doctor. He’s on Gallifrey and he is angry, so far so interesting. Gallifrey is always a tricky location because as a fictional society it doesn’t really hold up to much scrutiny. It doesn’t feel as alive as it should and the mix of elements doesn’t really work for me. Why is there an old barn on such an advanced planet? I know it’s in the Drylands where everyone dresses like farmers from the 1940’s but could it all not just be a little more…sci-fi? And yes that is the barn from The Day of the Doctor AND Listen. One thing the show has enjoyed this season is bringing back small details that you will either love, or leave you scratching your head wondering why they bothered.

But yeah, back to the good stuff. For a show with such a small budget they are really making the most out of it. The direction by Rachel Talalay (who did the previous, exceptional Heaven Sent) is great again and she does a good job of making it all feel grand and operatic. Donald Sumpter is fun as Rassilon, playing a much more desperate and cowardly version of the famous Timelord. Though there certainly was a Timothy Dalton shaped hole lurking in the background. And obviously Peter Capaldi was amazing. It feels pointless to keep mentioning it, but every week he keeps knocking it out of the park. What other Doctor could look so angry whilst trying to enjoy a bowl of Gallifreyan soup? 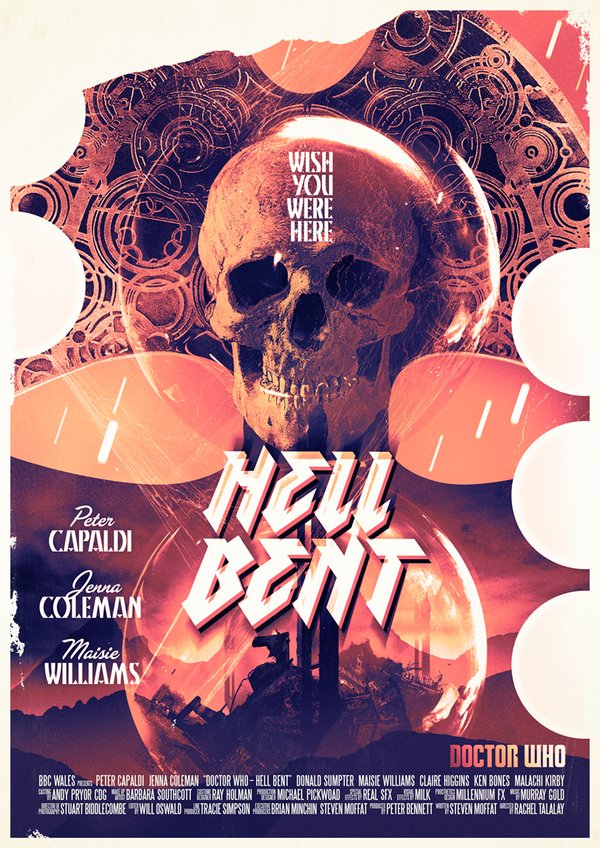 In a weirdly Evil Dead/Sam Raimi-esque moment, the Tardis farts a new sonic screwdriver at The Doctor. Ok, so it’s not that goofy. It’s actually pretty cool, and nice touch to end the episode on. And the new screwdriver looks awesome. The scene in the classic looking TARDIS was nice too and I could hear the hardcore Who fans across the country falling out of their seats.

Maisie Williams was back as ‘Me’ and she was good. I have really enjoyed her recurring throughout this past season. The scene of The Doctor and Me stood talking at the end of the world was awesome, and kinda sad. I hope she returns at some point in the future (or past).

Now for the bad bits, or really only one bad bit. Clara. I like Clara, I really do. her death a few episodes ago was sad and powerful and perfect for her character. She died because she messed up, she got a little too big for her boots. Things first went downhill when the Doctor saved her from death. I mean it’s cool seeing the angry Doctor, of course he’s angry! But why didn’t he go to the these lengths for other companions? Don’t give me that “but Jack she’s his impossible girl!”. That’s rubbish. Each companion is more important than the last and it’s weird that The Doctor spent so long on Clara despite the countless number of people who have had their lives ruined before her.

Clara should have died for real at the end of the episode. I’ve seen a lot of fans saying that she technically is dead, or she will die at some point. But that’s rubbish. That doesn’t count, all of the character will die at some point and Clara is running around living indefinitely. After so much talk of not being afraid of the raven she seems awfully cowardly at the end.

And the worst part for me is the wiping of the Doctor’s memory of Clara. It was a neat twist that it was HIM who got his memory erased and not her, but it’s almost as if the past three seasons haven’t really mattered. He’s forgot most of it so why did we bother? Ok that’s a bit much, he has only forgotten her and not the adventures but that just leaves a an unsatisfying feeling lingering over the last three seasons.

So overall it was a decent end to what is probably the best and most varied season of Doctor Who we’ve had in a long time. It wasn’t perfect but it was never going to be, following after ‘Heaven Sent’ was always going to be difficult. Clara should have stayed dead and The Doctor’s memory loss is an issue for me. Hopefully it will be addressed in the future. An excellent season with a good finale, just not a great one.

Don’t get me started on the Christmas special. It looks bad. I detest River Song. Only time will tell if it’s as messy as it looks.

One thought on “Doctor Who ‘Hell Bent’ Review”