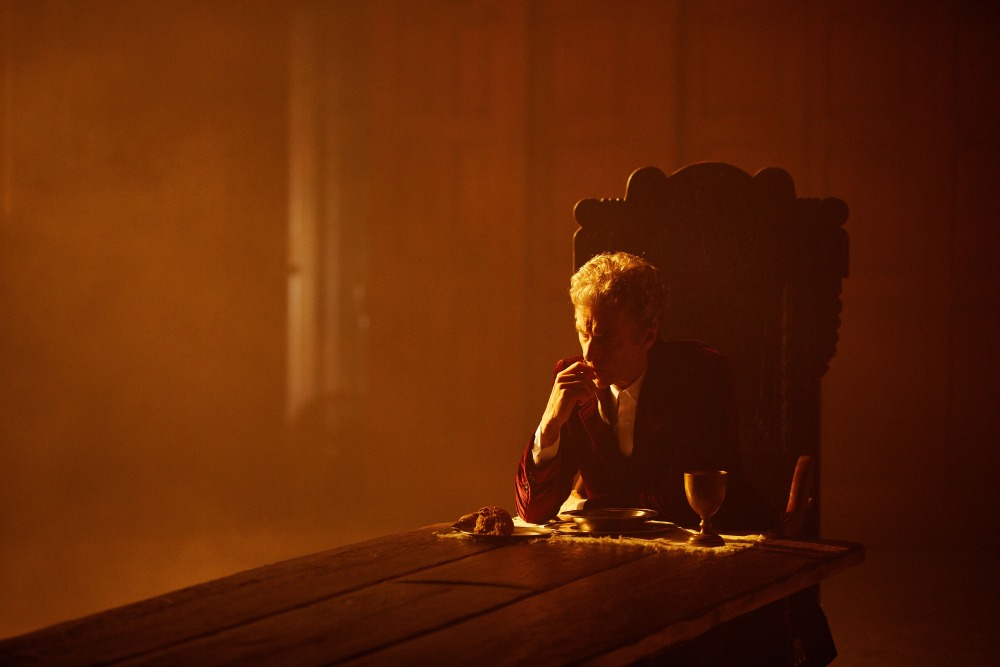 Well as experimental episodes go, this was certainly a step up from Sleep No More, and I was one of the rare few who liked that episode. Capaldi’s Doctor all by himself, alone in a big spooky castle with only a monster for company. You’d be right to be worried, especially as the episode was ten minutes longer than usual, but Moffat an Capaldi pulled it off and everything, from the direction to the music, came together to create one of the best episodes of new Who ever.

So can Capaldi be nominated for an Emmy or something? In fact can the whole epsiode be nominated? Capaldi’s performance was the most important thing in the episode; it held the entire thing together. As to be expected though he was absolutely outstanding, as always. And he managed to show another side of his Doctor in this episode – the scene where he broke down over the death of Clara was heartbreaking. I don’t think any of the previous Doctor’s could have done a whole episodes by themselves so well, but then again I don’t think we’ve ever had as good an actor portraying the Doctor. Even Moffat’s occasionally over-complicated writing was spot on this episode. He refrained from getting too carried away with himself, and managed to sneak a bit of Sherlock-esque detective work in to the episode, which suited the episode rather well.

The direction of the episode, by Rachel Talalay, was also stunning. The minimal amount of actors and sets would make you think this epsiode would be your standard bottle episode but Talalay manages to do something special with it. The colours are amazing and there are some interesting shots, the Jaws like contra-zoom being my personal favourite. The use of POV shots for the monsters was a great choice and it made an already spooky monster even spookier. Murray Gold’s already brilliant work this series was only made better this episode, using many differnt styles throughout for different effects. From synthy sounding music to grand operatic moments, it all fit perfectly. Rarely has there been an episode of Doctor Who where all the elements worked so well but in Heaven Sent they did. 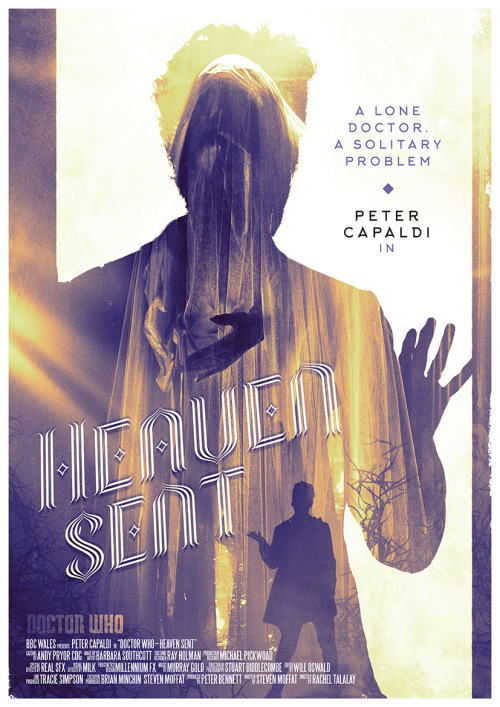 The big question in the air after last week’s episode was whether Clara was dead or not. This epsiode did bring her back for a little moment, but it does seem like she is actually gone. Sure she’ll be back in some form at some point but it would certainly be refreshing for a character to actually stay dead. And The Doctor being the hybrid was a cool reveal. I’m assuming the non timelord half is human? I’m fine with that, although maybe long time fans will still have a sour taste in thier mouths from a  similar development back in the Paul Mcgann TV movie.

So here we are, just the finale left to go. We’ve had some outstanding episodes this season but Heaven Sent takes the cake for the absolute best. Beautiful, scary, and well written, it was everything a good Doctor Who episode should be. I’m worried the season finale can’t live up to such high standards but we’ll find out next week…

One thought on “Doctor Who ‘Heaven Sent’ Review”

A movie buff who recently completed his Film Studies degree at Edge Hill University.
%d bloggers like this: