“I am starting to think that I am capable of damn near anything.”

This week The Walking Dead adapts the fantastic stand alone volume of Robert Kirkman comic book series, ‘Here’s Negan’. It’s something that’s been long awaited in TWD community, pretty much since the volume released in 2016, and it was easy to imagine Jeffrey Dean Morgan slipping into the role of pre-apocalypse Negan. And despite this adaptation being part of the run of COVID episodes, no sign of filming hindrances causes by pandemic precautions are on show here. In fact, ‘Here’s Negan’ is not only the best episode of this recent truncated season, it is one of the best episodes of The Walking Dead ever.

The episode begins with Negan now, in Alexandria, who has Maggie giving him daggers every time she passes. Carol’s suggests to Negan maybe makes a move outside of town, before Maggie murders him. He moves in to a cabin in the woods (Lydia’s cabin) where he begins to reevaluate his life and literally and figuratively comes face to face with his demons. First and foremost, the episode gives us some much needed development into the character and life of Negan. He’s had a fair bit in the past, supporting his transition from the man who beat Glenn to death into the kindly Uncle to the Grimes children. But we never knew why he was the way he was when we first met him. You could say this isn’t necessary; it’s not like we have a Daryl flashback episode to show us where he came from. But to fully sell Negan’s turn to full blown good guy, we need to know a bit more about the guy, and maybe understand him and begin to forgive him – even after he smushed Glenn’s head into a pulp. The story of Negan here shares a lot of similarities with the comic on which it’s based (Lucille has cancer, Negan’s having an affair with her sister, etc). I actually bought the relationship in the episode more than the comic and I think that’s for a couple of reasons. More time is given to their relationship here, we see more fights and more love between the two. It allows the couple to actually feel real. This is entirely down to the genius decision to have Lucille be played by Hilarie Burton; real life wife of Jeffrey Dean Morgan, who plays Negan. Their chemistry feels real because it is real and it brings a series best performance out of Morgan, who was already perhaps the strongest actor in the show. 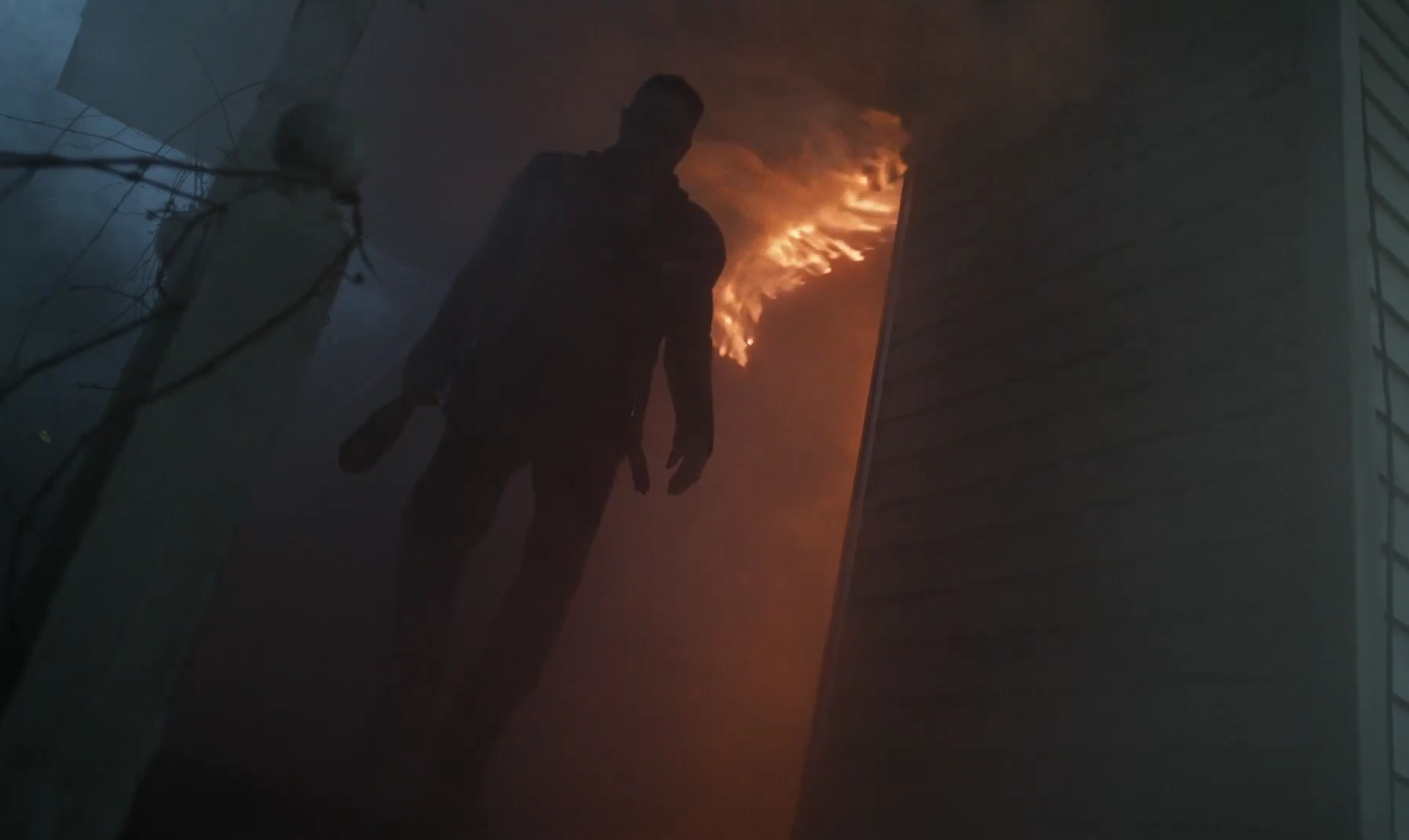 The structure of the episode, with flashbacks within flashbacks, is at first a little confusing but it soon becomes clear when things are happening in relation to each other. There’s the present with Negan in the cabin and then digging up his old bat ‘Lucille’. Then we have a couple of different flashbacks all set roughly 12 years ago. The main thing that divides them is the apocalypse; we have Negan and Lucille just before the collapse and then we have them just after. Negan’s initial reluctance to even kill a walker at this point is neat touch, it shows us he’s got a long way to go before coming the man we met in the woods back in season 7.  The entire episode was TWD gold but another highlight was the scene of Negan burning down his house in slow motion to the sound of Joe Cocker’s ‘You Are So Beautiful’. It was corny and badass and heartbreaking in equal measure, and instantly became one of my all time favourite scenes in the show’s history. I’m so glad the end of the episode sees Negan deciding to move back into town and not stay out in the cabin. Hopefully this means he’ll avoid his comic fate where he weirdly just disappeared into the wilderness. The smile he shoots Maggie at the end could mean a couple of things but I think it was Negan basically saying ‘I’m here, get used to it’. I’m looking forward to the hijinks he’ll get up to in the Commonwealth as his comic book counterpart never made it that far. Will he take on the disappointing comic book fate of Rick? Or maybe he’ll get Dwight’s death? One thing’s for sure though, Negan’s time isn’t up yet.