“The average life is full of near misses and absolute hits. Of great love and small disasters. It’s made up of banana milkshakes, loft insulation and random shoes. It’s dead ordinary and truly, truly amazing.”

I feel like Torchwood has kinda got a bad reputation since it aired. Billed as the “adult” version of Doctor Who, the show lived up to the description. It’s full of the sort of violence, swearing, and sex that would make The Doctor blush. And yeah, some of it’s pretty silly. And a lot of it hasn’t aged particularly well. But once you get past that, it’s a really fun science fiction show with a consistent first season – with a good number of episodes that are truly superb.

It’s worth mentioning that I didn’t see Torchwood when it first aired. I would have been 12, so I actually would have been the almost-perfect teenage audience for it. I saw parts, and Miracle Day, but not a lot. And with John Barrowman’s awesome cameo as Captain Jack Harkness in the recent series – and upcoming return – I thought this was the perfect time to check out the original series. And to top it all off, the series was added in its entirety to BBC iPlayer recently. 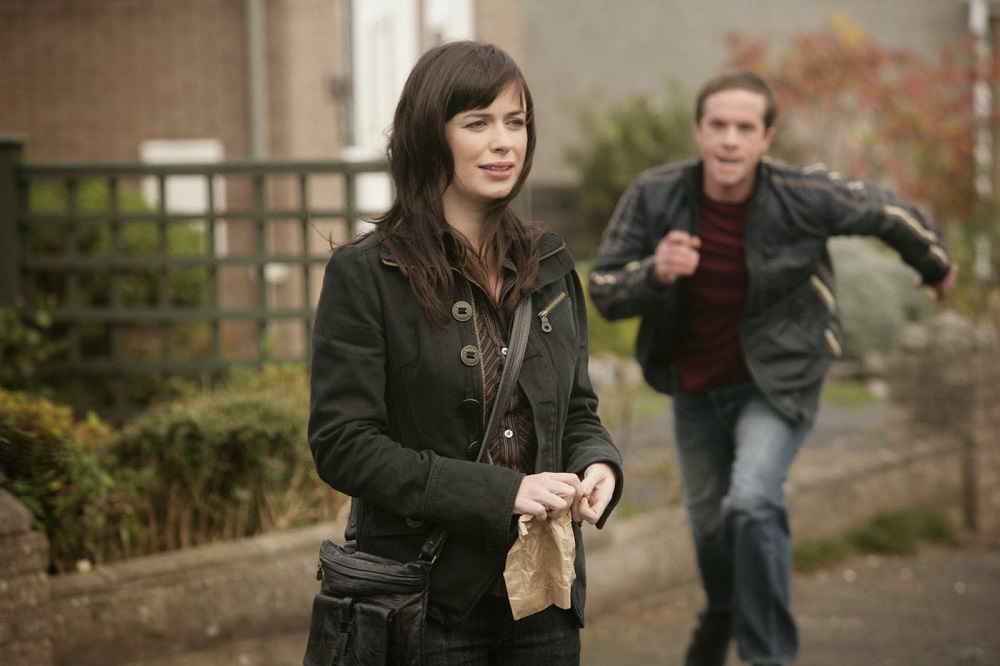 Though John Barrowman’s Captain Jack Harkness is certainly the selling point for this series (if the idea of Doctor Who with more shagging doesn’t pique your interest) he isn’t the protagonist. That is Gwen Cooper, played by Eve Myles. She’s the audience. basically, experiencing the world Torchwood for the first time with us. An ordinary cop, she sees some sketchy goings on involving the gang and is soon caught up in their fight to save humanity from extraterrestrial threats. This wouldn’t work if Eve Myles wasn’t so very good as Gwen. Her arc through the series, from non-believer to badass, is the selling point I reckon. Her struggle to balance her personal life and new work life is stressful to watch, in all honesty. For something as wacky as this show to work, you need a solid emotional centre, and that person is Gwen.

That’s not to say the other characters aren’t fantastic – because they really are. Beginning as sort of thinly sketched, they each come into their own throughout the series thanks to episodes that focus on each of them. You have Tosh (Naoko Mori), the computer whizz who seems to be the most sensible of the bunch. She’s framed almost as the boring one, but that’s 100% intentional as you realise that she’s struggling with her life as the forgotten member of the team. Then there’s Ianto Jones (Gareth David-Lloyd) who’s initially just the tea-boy/helper around the base, but soon becomes an essential asset. Again, he has a pretty sad life too. And he stands out from the others by just being so gosh-darned nice. He cries a lot and dammit you just want to hug the poor guy. Finishing off the fabulous three, is Owen Harper, played by the incomparable Burn Gorman – a man who I don’t think has ever turned in a bad performance. He’s the wildcard but oh my god is he entertaining. 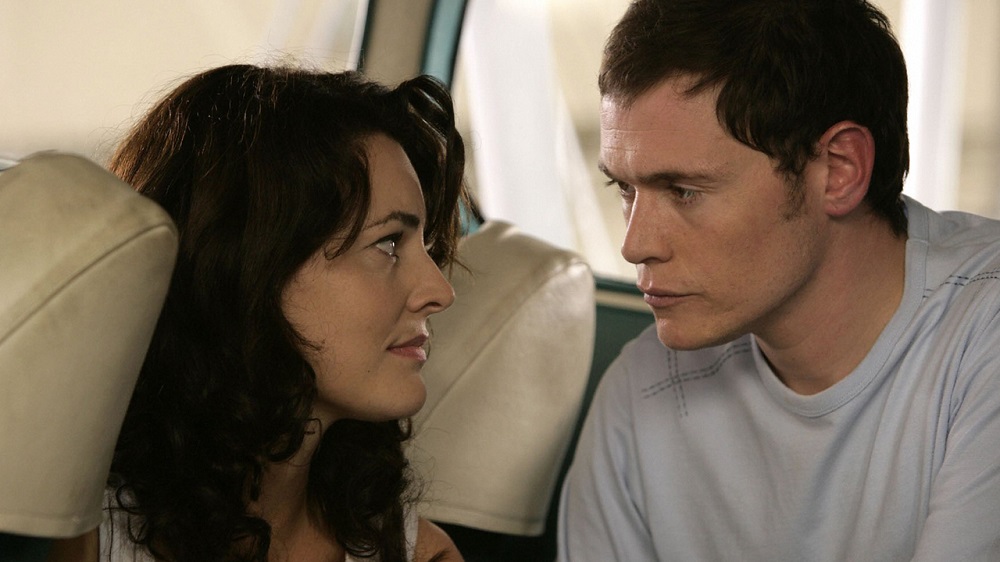 On top of those three, there’s Jack. Now, if you were watching Torchwood when it aired, the last time you saw Jack would have been his death and subsequent resurrection in the season one finale ‘The Parting of the Ways’. He not quite the man you remember. When The Doctor first met him, he was a breath of fresh air; camp as Christmas and frequently hilarious. He was also one of the most badass characters on TV. I remember his death from the Daleks blowing me away back in 2005. But here, he’s changed. He’s a man struggling with his immortality. And let’s just say he’s not loving life. He comes across as cold and a little brutal at times, using guns and violence as much as The Doctor avoids it. But he’s still John Barrowman, national treasure, and he is a whole lot of fun. Whether he’s shooting aliens, flirting with everything that moves, or dying repeatedly, he’s still clearly Jack. He’s just a version of Jack who’s gone through some hard times. Luckily, a (non-) appearance from The Doctor at the end of the series seems to set him back on the right path.

Now, I said it hadn’t aged too well. That’s true. Other shows of the same time like Life on Mars or even Doctor Who have aged better, because they’re not set in the present day. Torchwood is set in 2006 and it shows. The music is all very of the time, as is the fashion. And some of the gang’s antics wouldn’t fly nowadays, even in an “adult” show. I mean, Owen basically starts the series as a sex pest who uses alien pheromones to date-rape people. On top of that, the special effects are a little ropey at times – though I feel very strongly about not letting mediocre special effects (by today’s standards) ruin a good story. And in terms of good science fiction stories, Torchwood delivers and then some. 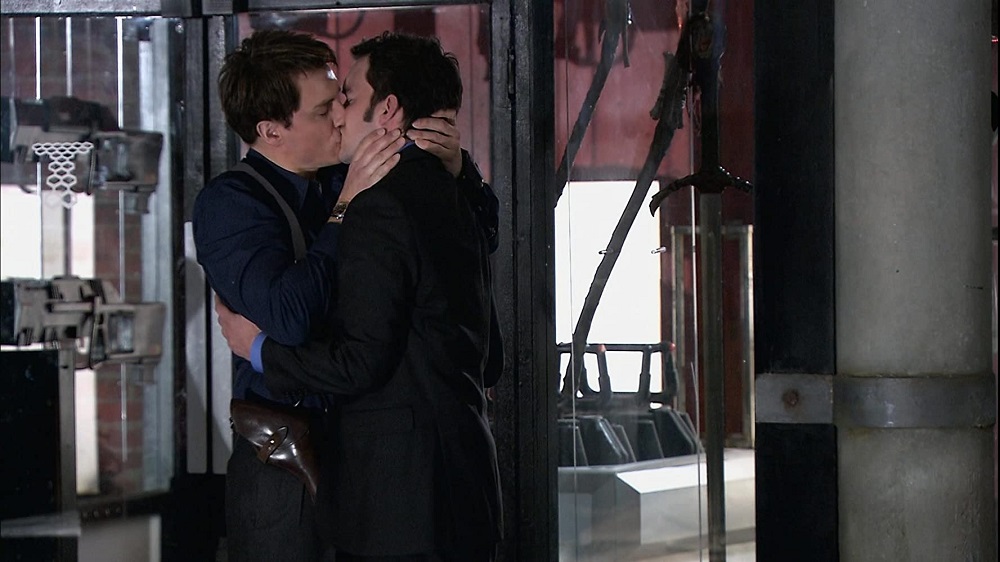 The episodes really run the gamut in terms of content. There’s “Countrycide”, which sees the team go up against cannibals; there’s “Day One”, where they have to contend with an actual sex alien; “Combat”, where there’s an underground alien fight club; or “End of Days”, in which Jack takes on an elder god. Apart from the odd silly idea – the sex alien really set the wrong tone for the audience – the show is adult in a mature, thoughtful way. It deals with themes of death and existentialism that Doctor Who still only touches upon. It’s got far more depth than word of mouth might have had you believe at the time. For me, the standout episodes are “Random Shoes”, which feels like Torchwood’s version of “Blink”; and “Out of Time”, which is just a near-perfect hour of science fiction however you look at it.

What this quick review is saying is go and watch Torchwood. It might show it’s age, but there are stories here to rival the best Doctor Who has to offer. Sure everyone is shagging each other, but it’s all a bit of fun. At its heart, it’s dealing with some really heavy themes and ideas. You have to see it as magic realism; taking the mundane and adding in some more fantastical elements – like “Love and Monsters”, only good.

Note: My advice would be to watch the series in full, then watch the three-parter from the end of Doctor Who series 3; “Utopia”, “The Sound of Drums”, and “Last of the Time Lords”. Jack’s story carries on straight into this and I have a feeling it’ll be affecting who he is as a character in the next series of Torchwood.