“Batman and Robin. Together again for the first time.”

Batman is dead! Or so everybody thinks. He’s actually been sent back in time through a complicated series of events involving Darkseid, omega beams, radion bullets… But as far as anyone in Gotham knows, he’s dead. After a brief battle for the cowl (in a comic helpfully titled Battle for the Cowl) Dick Grayson is the new Batman. And Damian Wayne is the new Robin. It’s up to this oddball pair to restore order to Gotham. And with it being Grant Morrison, things are going to get weird. 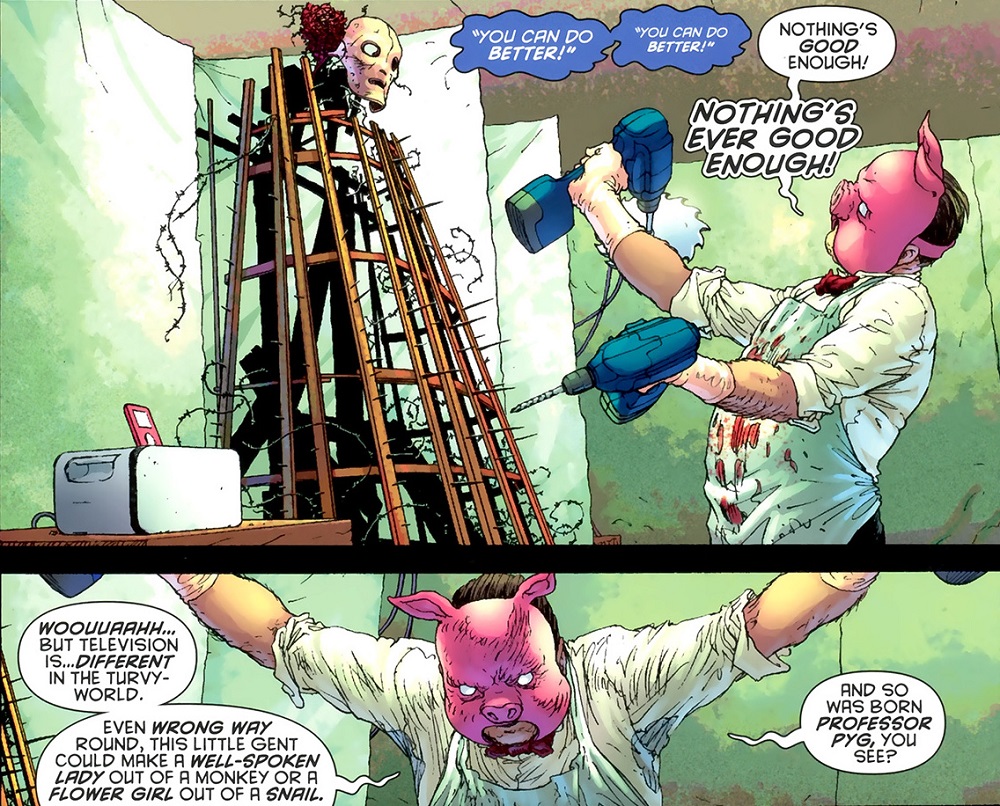 But surprisingly, not that weird. I think Morrison’s absolute best work are his stories around the caped crusader. These allow him to dabble in the magical, post-modern, and meta-textual – but at the same time tell a compelling superhero story. And it’s clear Morrison knows his stuff when it comes to superheroes. Batman is a symbol, more than any one man. So it doesn’t really matter if he’s Bruce Wayne or Dick Grayson – he simply needs to exist to keep Gotham balanced. And when this comic begins, he’s got his wok cut out for him.

The first arc in this book is the titular Batman: Reborn – a three-issue story about the return of the bat. Batman and Robin are still settling into their new roles, and getting used to one another. Damian Wayne is not an easy character to like, especially back in his first few appearances. But I’m starting to appreciate him a bit more now. He’s more ruthless than Batman (either of them) and constantly needs reminding where the line is. But he’s proficient, thanks to his extensive training with the League of Assassins. Batman, the new Dick Grayson version, is a breath of fresh air. The previous, original Batman threatened to collapse under the weight of his issues and personal turmoil. So it’s nice to have a new character, struggling with the weight of the famous cowl in different ways. Also, he’s just more upbeat than Bruce.

One thing I’ve grown to love about Morrison’s work on Batman, is his obsession around obscure c-list characters. Or, in some cases, completely new and bizarre characters. In this comic, he introduces us to the Circus of Strange – and their leader; Professor Pyg. Like me, your knowledge of Professor Pyg is probably limited to that one insane side-quest in Arkham Knight. Along with his Dollotrons, he also made an appearance in Morrison’s Batman #666 (released as part of Batman and Son) but its here we learn about him. And boy what a messed up villain he is! He fits in straight away with Batman’s iconic rogues’ gallery and his Dollotrons are genuinely terrifying.

The other arc in this collection is Revenge of the Red Hood – and it’s not a surprise what that arc is about. Jason Todd is back. And along with Sasha – one of Pyg’s victims gone awry – the pair become a rival team of vigilantes. Their shtick is that they’re not crime fighter, they’re “crime killers”. As they say, the punishment should fit the crime, and they begin dishing out a different sort of justice in Gotham City. 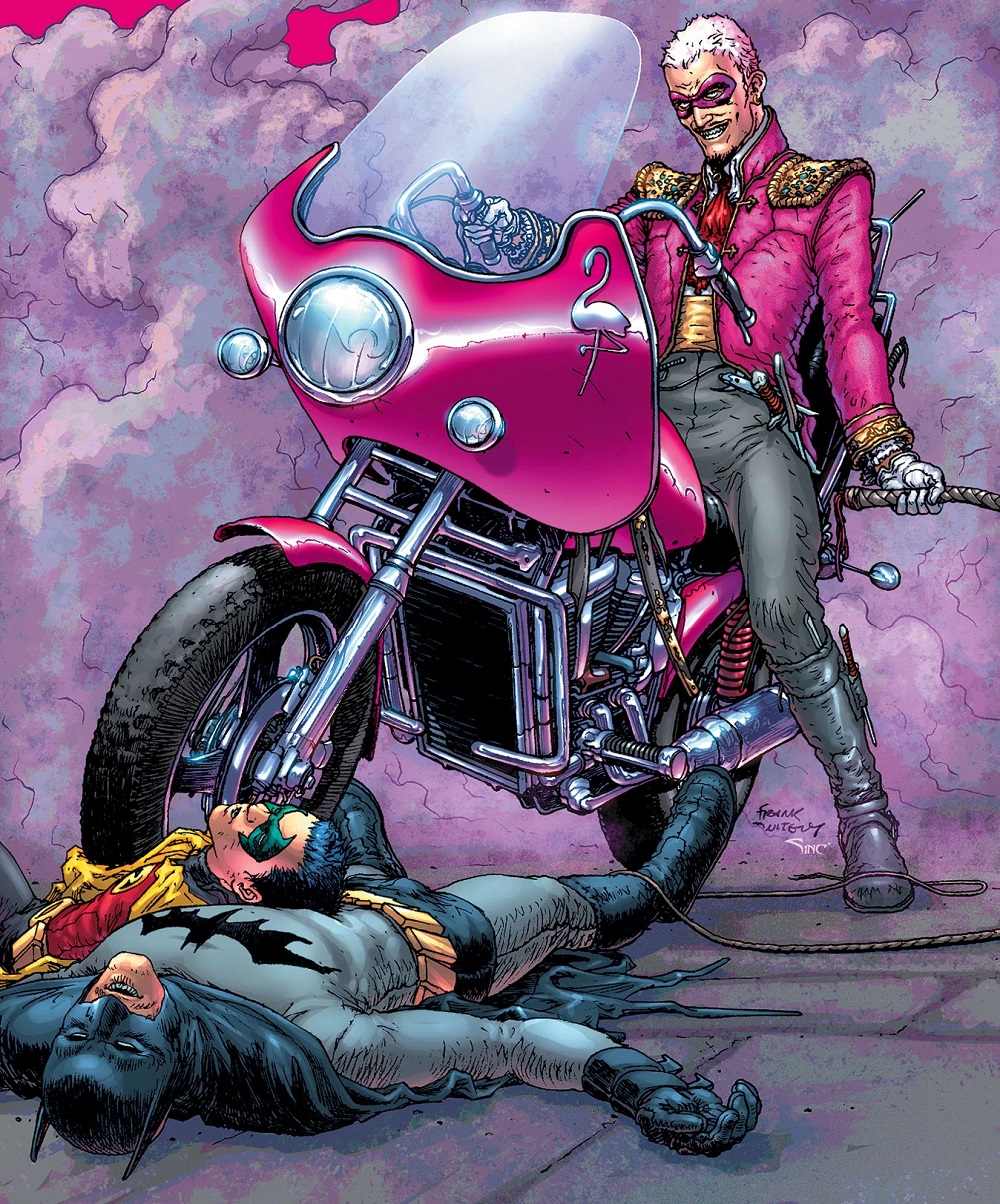 One thing that becomes clear through these arcs, the second especially, is how fantastic the action is. Philip Tan’s art in this second arc, combined with Morrison’s one-liners and dialogue make for some of the most exciting fight scenes I’ve seen Batman involved in. I think there’s a tendency to assume a Morrison comic will be all introspective speeches and musings on the 5th dimension etc. But the guy seems just as interested in crafting an awesome action story. And it’s a lot of fun to read. There’s a great fight towards the end, against a new character called Flamingo – who has to be seen to be believed.

Batman and Robin brings the fun back to Batman. And if you read Morrison’s notes towards the end of the volume, that was his aim. From the bright yellow cover (something he notes is usually a huge no-no in the comic industry) to the ridiculous villains, this book shows that comics can be clever and ridiculous in equal measure. And often, it’s that mix that makes them so great. I couldn’t recommend this one more.