“They live with their fears, doubts, guilts – they face them down every day.”

Team TARDIS are split up this week, as The Doc drops off the group for a return trip to Sheffield. And this episode has what you’ve come to expect from Doctor Who; science fiction nonsense, spectacle, aliens and monsters (some of the best we’ve had in a while too). But it’s far more concerned with the well-being of the companions, something the show all too rarely touches upon. And we discover that when these guys aren’t battling intergalactic threats, they’re fighting their own demons back home. 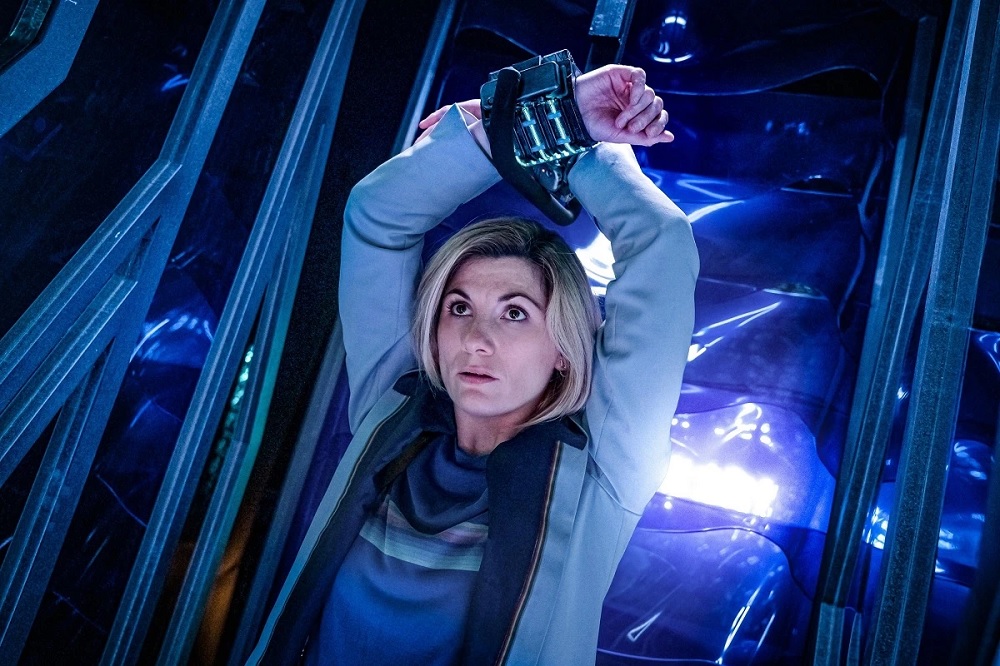 As I said, aside from the deeper stuff, this episode has a plot – and it’s one of the best we’ve seen for a while. On the fringes of the galaxy, there are two immortal gods (or near enough) named Zelen and Rakaya. They’re occupying their own boring eternities by tormenting people with their own nightmares. And what better species than humans, a race of creatures who live with their fears, anxieties, and compulsions day in, day out. These two immortal nightmare-harvesters need only spend five minutes having a brew in Costa with me and they’d be set for the next millennia. Also, these guys have a really eerie ability to detach their fingers, sticking them knuckle-first into people’s ears to control their minds. It’s honestly as bizarre as it is horrifying to witness, and feels like something from the mind of David Lynch, not the BBC’s reliable family sci-fi show.

So, the episode is tackling mental health. Which shouldn’t feel like a taboo subject in 2020, yet still does. Though I think on the “Woke Scale” this episode will hopefully offend the least amount of alt-righties. We all struggle with these things at some point, whether you’re fighting for equality or waving a tiki torch – even if some of the latter are reluctant to admit it. We’ve spoke in the past about how mental health is a necessary discussion. Nobody wants to talk about it but it can’t be addressed without talking about it. To see it tackled so openly, on a show that – at its core – is designed for kids, well it’s great to see. 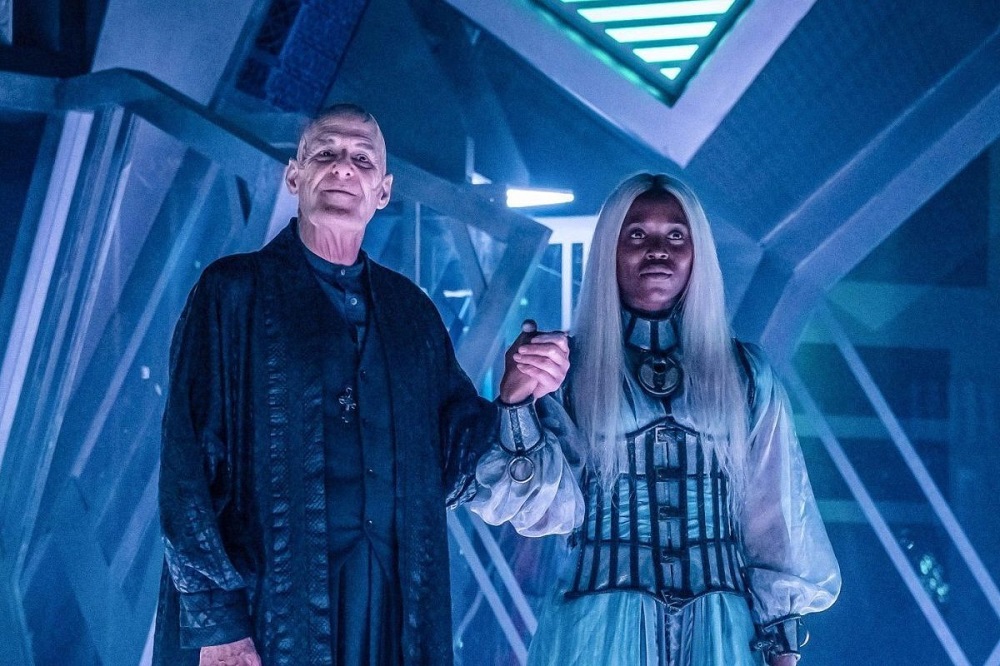 On Planet Earth, the gang is finding that travelling with The Doctor is not all it’s cracked up to be. Ryan, especially, is finding things tricky. He calls round at his friend Tibo’s house, but finds that he’s missed more than he’d realised. Tibo is having a tough time as of late, and Ryan hasn’t been there for it. As well as having nightmares about Zelen and his weird fingers, Tibo is struggling with depression but is unwilling to talk about it; after all, society has made it awfully difficult for men to open up about stuff like this. On top of that, he’s being targeted by Zelen and his ear-fingers. It’s clear to Ryan that travelling with The Doctor means missing out. Even if he comes back the second after he left, he’s gained so much more experience in that second. He’s aging and growing at a different rate, and that’s not fair on his friends and family. It seems to be hinting at the break-up of Team TARDIS, so we’ll have to see who is still with The Doctor by the end of season.

As well as being a standout episode for Tosin Cole, Mandip Gill gets a lot more development as Yaz in this episode. We learn that she has her own demons in her past, namely that she faced bullying and self-esteem issues in her schooldays. This led to her running away from home. It was a kindly police officer that helped her out and allowed her to deal with her demons. I’m not saying the scene with the police officer isn’t cheesy, it is. But it’s also really powerful, in way that the show normally isn’t. It’s not a big speech, there’s no world-ending threat. It’s just one character with crippling personal problems and another character taking them 100% seriously. Kids need to know that there are people who will listen and not laugh, that whatever the problem it’ll be treated as serious if that’s how it feels to you.

On top of all that, Graham is dealing with his fear of the cancer returning. He also seems to have some survivor’s guilt over the death of his wife. It’s heavy stuff, but thanks to the sheer likeability of Bradley Walsh, it never feels too much. The conversation he has with The Doctor towards the end of the episode is an interesting one. Even with her superior knowledge, her talents, she struggles to find the words just like anyone. Perhaps The Timelords weren’t big advocates for mental health. 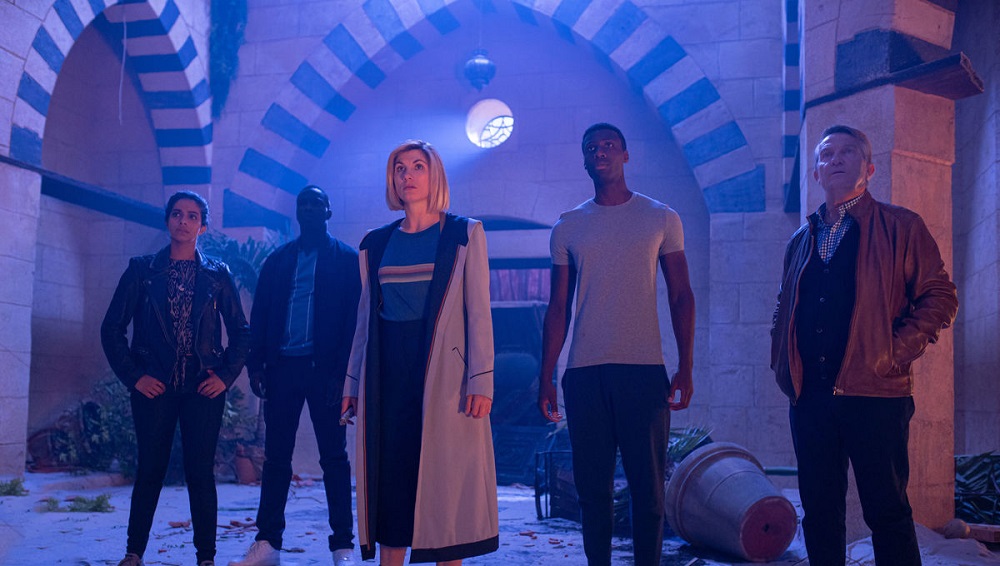 Basically, this episode shows us what’s going on with the companions, and how much The Doctor needs them. It’s also pulled a bit of a magic trick, turning our three companions from perhaps the most two-dimensional fellow travelers we’ve seen in Nu-Who, into genuinely fleshed out characters who feel real. With all the ghosts and scars that come along with that. They’re no longer vague outlines of people or caricatures. And they manage to develop all three of the characters in one episode, something the show has struggled to balance previously.

Personally, for me, it’s a phenomenal episode. It’s a bit cheesy, a little slapdash. But that’s the appeal of Doctor Who. What it’s trying to say at its core is important and handled very well. It also helps that these messages are sandwiched n the middle of a great science fiction story, and the immortal villains in this (sick guitar riff and ballsy animated back-story included) are fun and memorable.