“Is it just me or is it getting crazier out there?”

Calling Joker a controversial film is something of an understatement. At the Venice film festival, it received an eight-minute standing ovation and won the competition’s highest prize. But it didn’t take long for the film world to be split on the comic book adaptation. There were four and five-star reviews hailing it as a masterpiece, calling for Joaquin Phoenix to just be handed the Oscar right now. On the other hand, there were voices concerned with the way the film seemingly pandered to incels, giving a group of angry young men a dangerous role model in Arthur Fleck. But going into Joker, you have to put all that to one side. You have to forget the politics and you have to forget that it was directed by Hollywood’s biggest douchebag Todd Phillips. Underneath it all is a film, though taking cues from a host of different influences, that feels wholly original in 2019. A film that is saying something about mental illness in a not-too-subtle way. Against all odds, Joker is a triumph.

Our version of the eponymous crown prince of crime in this gritty version is Arthur Fleck, played with gusto by Joaquin Phoenix. He’s lost a bunch of weight for this film and it’s almost difficult to look at him in some scenes, as he contorts his body and bones and ribs poke from beneath his skin. He’s certainly acting. In fact, he’s acting awfully hard. If they gave the Oscar for effort, he’d be a shoe-in. But there’s something else to his performance, an extra level that I think – if he’s a contender in awards season – will be the real selling point. Arthur is a very sad man and we feel sorry for him (for the first half of the film at least). His life is out of his control. From the social services appointments he has to attend, to the social worker who seems to ignore him, to his delusional mother, to the laughing fits he can’t contain. 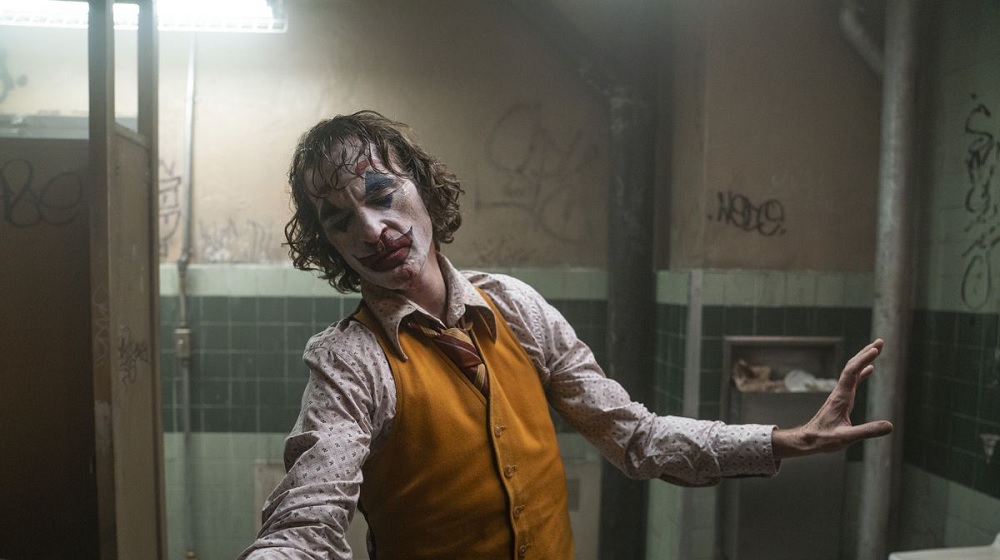 It’s these laughing fits that sell the performance for me. Fleck has a rare disorder that means he laughs uncontrollably. One scene sees Fleck on a bus and he can’t stop laughing. He hands the woman in front of him a card that basically says “I apologise, I have a condition.” But as the laughing continues, Arthur is trying to cover his mouth, he’s holding his throat. The camera pans out and we see him surrounded by people, all looking mildly annoyed. And he is utterly alone. And he can’t stop laughing. To the point of it causing him physical distress. Phillips and Phoenix make the character almost unbearably pitiful, but it works. You can’t help feeling that Arthur is how he is because of external forces, he’s a man hurtling through the garbage-strewn streets of Gotham city and there’s not much he can do to stop his trajectory. That is until the second act begins at least, in which our feelings for Arthur change dramatically.

After another laughing fit on a subway, Fleck is accosted by three WayneCorp yuppies. They beat him up, kicking him to the ground and just being those sort of rich movie scumbags that we can all agree to hate. In a shocking turn of violence, Arthur shoots all three of them dead. Initially, there is a sort of revenge-movie feeling of “Yeah, you go Arthur!” but then things continue to spiral. And any sympathy we had for this twisted insectoid of a man turns into pity. As other critics have pointed out, that’s a vital distinction. I’m not saying we’re not supposed to feel for Arthur, but as I wrote earlier, we’re watching a man who is like he is because of the society that raised him, the people that ignored him, the loved ones that abused him. Todd Phillips seems to want to make Joker a warning on how we treat the less fortunate in our society, the mentally ill and the lower classes especially. It doesn’t feel like he’s glorifying his actions to me. 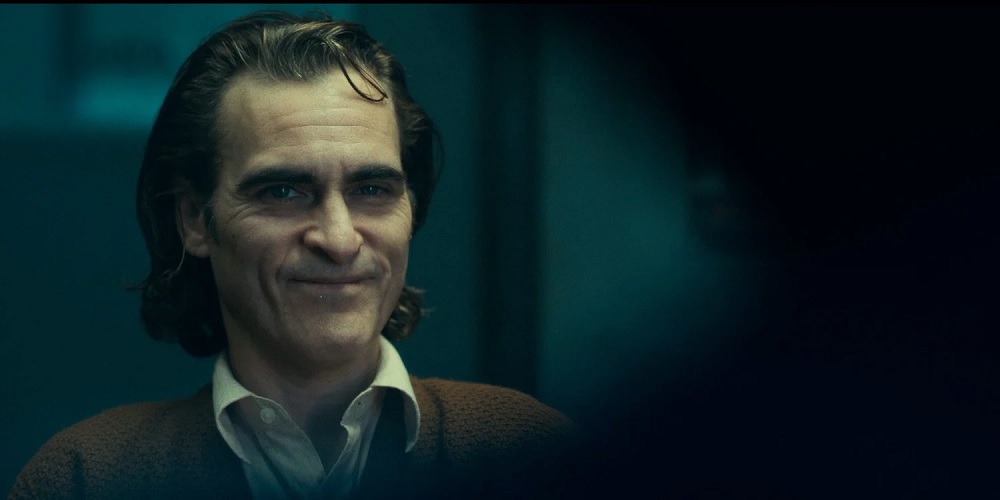 Joaquin Phoenix is the star of the show. But there are plenty of other things to applaud in Joker. Firstly, Robert De Niro as talk show host Murray Franklin. The climax of the film basically comes down to him and Phoenix arguing and it is intense and entertaining. It needed to be an actor of stature and charisma for this role, and De Niro brings it in spades. Director Todd Phillips is playing pretty fast and loose with his inspirations in this film, the main one perhaps being The King of Comedy. Fleck’s obsession to become a comedian is pretty similar to De Niro’s Rupert Pupkin in that 1983 film. And having the roles reversed, with De Niro now playing the almost sleazy talk-show host is a nice reversal. It’s also great having De Niro back on form. Between this and The Irishman, he’s closing off 2019 on a high note. And when was the last time we could say that?

Visually, this film is gorgeous. A lot has been said about how it steals and rips from other films, the films of Martin Scorcese specifically. But it’s done with such love. Phillips and co clearly adore the films they’re paying homage to. And this film is aesthetically top notch. The world is this grimy, fully realised version of the 1980’s. The details are exact, every shot could (and probably will be) someone’s desktop background. The score by Hildur Guðnadóttir, fresh off the success of Chernobyl, is all dark, brooding, and  orchestral. The score is perfect. One scene in particular, which I won’t dive into too deeply, sees the eponymous clown dancing down the stairs to some really catchy glam rock. But that song is by famous paedophile Gary Glitter. So, like the film, itself this has proven to be controversial. Combined with other comments from the director, it’s easy to see why a lot of people see it as the film trying too hard to be edgy. Put I think we’re just going to have to separate the art from the artist and take it for what it is, a damn fine scene.

I consider myself a pretty huge comic book fan, and like a lot of others, I was intrigued to see how Joker would handle aspects of the mythos. I assumed, and interviews seemed to confirm, that it wouldn’t touch it whatsoever. But there are key moments that tie it in. The Wayne family play an important part – and we see that famous moment yet again. It’s very much in the same universe (or an earlier version) it’s just not dealing with characters we’ve seen. Take it as an Elseworlds film, I find that explains it best. It’s an alternate origin for the Joker, through an eighties-tinged pair of dirty sunglasses. People have been comparing it, erroneously I reckon, to The Killing Joke. I think it’s got way more in common (and not just the title) with Joker by Brian Azzarello and Lee Bermejo. The Joker in that comic is disgusting and does some things that’d make Arthur Fleck blush. But his rise, his insanity, I think is very similar to the film. It also has some similarities to Batman: Damned by Azzarello and Bermejo in the way it treats Thomas Wayne. Basically, he’s a bit of a dick. And that doesn’t sit well with a lot of fans because Wayne Senior has always been a perfect character, a role model for Bruce. But here, as in Damned, he’s pretty awful. Trump-esque would be pretty close to it.

Overall, it’s a brilliantly messy film. It might not be as smart as it thinks it is, or as some of the fans might think, but that’s ok. It’s got a message in there about the outcasts in our society and it conveys it with brutality and shock. Any other message people take away from it weren’t the intention. As Joker says, he isn’t political (even if it’s a little tricky to separate that from the real world comments). The central performance is magnetic and disturbing, and is bolstered by some very strong supporting players.

It’s gorgeous in it’s own disgusting sort of way. And, going into it, if you consider it as an alternate universe spinoff, or Elseworlds retelling, you’ll have a great time – even if you’ll need a shower afterwards. Now we just have to hope they don’t try and jam this Joker into some extended universe.