“Your name’s Morales… You were in Atlanta.”

I don’t think anyone can accuse The Walking Dead of being predictable any more. That last minute reveal, that everybody’s favourite non-character Morales was now a saviour, was a surprisingly huge shock. I don’t know if anyone other than The Walking Dead memers actually remembers Morales but call backs are one of things TWD do so well, and this was no different. Outside of these last few minutes though, ‘The Damned’ was a brutal and action packed episode that moves the show forward only a little, but continues on from the first episodes breath taking pace.

We’ve got to wait at least another week for the conclusion to last episode’s most interesting plot point, Negan and Gabriel trapped together in a tiny portacabin, but this episode does pick up other plots. Namely the Rick-team’s ongoing assault on Negan’s outposts. There are four separate stories running through the episode, showing four different attacks by the factions within the Rick-team. Firstly we have Rick and Daryl (and a couple of red shirts) searching out the Saviours gun stash. Stop the Saviour’s getting their guns and stop them escaping the zombie blockade thinks Rick, but it doesn’t go exactly to plan. Another strand follows Carol, Ezekiel, and the hill top soldiers as they race to stop a saviour messenger revealing their position. It’s a bit strange to see a whole group of armed soldiers chasing down one injured enemy, especially as the reveal at the end is that he has warned the rest of the Saviour’s that the Hilltop is coming anyway. But there is some very good stuff between the characters, especially Ezekiel and Carol who steal every scene they’re in. The third plot line see’s the shows B-team and lower such as Aaron, Eric, and Tobin taking on a Saviour outpost. What at first seems like an exciting, if standard, shootout between the two sides soon becomes increasingly more interesting when the audience realise that it isn’t that the Alexandrians aren’t unable to take out the Saviours, but rather that Aaron and the gang are letting the dead bodies of the fallen Saviours turn into walkers and finish the job for them. It’s a unique move to play and it’s nice to see that walkers can still be a threat 8 seasons in. 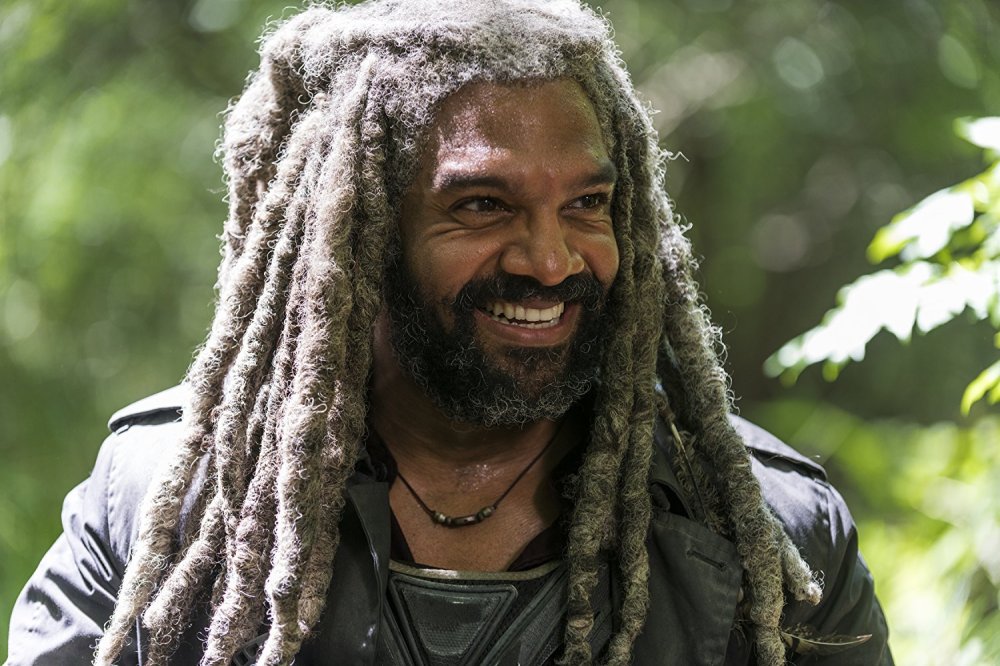 The fourth and most interesting plot line this week follows Morgan, Jesus, and Tara as they move to retake the satellite station taken by Rick and the team back in ‘Not Tomorrow Yet’- which has subsequently been reclaimed by the Saviours. Morgan’s ‘I don’t die’ line was badass and scary in equal measure and as it turns out he wasn’t lying either. After last season saw Morgan witness the death of new-Duane (Benjamin) he’s gone into full on rage-mode. While red-shirt Hilltop-ers die all around him, Morgan John Wick’s his way through the Satellite Station gunning down any saviour in his path. It’s awesome and just a little bit worrying. Is there any coming back from this for Morgan? I don’t reckon Morgan has long left to be honest, but I guess we’ll see. Lennie James of course gives it his all. He’s long been one of the very best actors on the show and manages to convey a whole range of emotions with just a tilt of his head or a swing of his bo staff. While I don’t think Morgan has long left in the show I do hope I’m wrong as James is downright fantastic.

And so to that Morales reveal. A lot of people find it unbelievable that Morales, who was last seen on his way to Birmingham Alabama, ended up in the same spot as Rick and in league with the Saviours. But I don’t see a problem; things like this happen all the time in TV worlds. Benjen Stark coming back years later in GoT for example. And I don’t expect Morales to stay around for long. His appearance is a nice call back for long time viewers and will probably have some long term effects on Rick’s approach to the Saviours. Something I’ve not seen pointed out about this episode though is just how effectively TWD has managed to cut between multiple plot lines in a single episodes – born out of criticisms of the last season I assume. Hopefully this continues in next week’s action packed episode ‘Monsters‘. See you then!