Review – Nicolas Cage is a gulf war veteran turned police officer trying to bring four hillbilly rapists to justice. Don Johnson is the sleazy, motorbike-riding lawyer defending them. It’s pretty cheap and melodramatic but I appreciate that it does try and say something about rape culture in America. The pulpy revenge that Cage enacts is thrilling and, on occasion, quick and brutal. One scene where he dispatches one of the creepy rapists in a car park is actually great. I’ll give the film credit, it tries to say something. But it ends up as revenge porn and it’s not entirely satisfying. 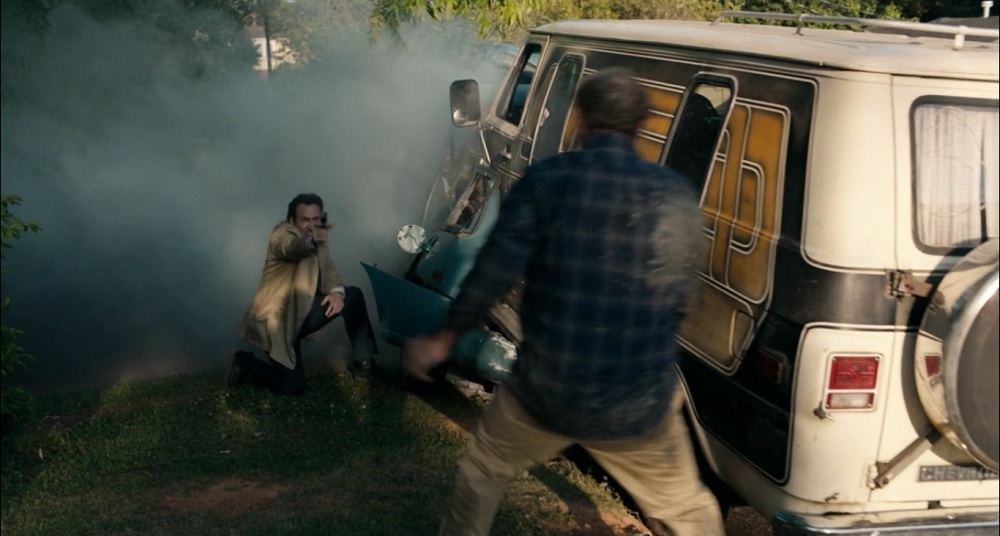