It’s Wesker! Albert Wesker finally gets some decent screen-time after a small appearance in the previous film. And not just any version of Wesker, we lucky viewers get Resident Evil 5 leather-clad Wesker. Does the appearance of the hammiest villain ever make Afterlife the best one yet?

Afterlife begins like the others before it, with exposition from Alice. The world is dead etc etc. But we do get some cool visuals to accompany this idea of the world collapsing, as a Japanese girl becomes infected and turns. It’s an effective opening. Less effective is the first set piece of the film. This sees Alice and her clone army from the end of the last film taking down an Umbrella facility deep underneath Tokyo. The biggest sign that something is not right about this whole scene is that the filmmakers have somehow managed to make an army of clone ninjas not that interesting. Don’t get me wrong, there are cool bits. Wesker firing two desert eagles is a highlight, and some of the kills are really cool. But there’s too much crappy 3D things flying out of the screen (get used to that) and dodgy CGI.

But once the scene is over and we get back to the real Alice (and the entire clone army is forgotten) things get better. After a meeting with Wesker and a needle, Alice becomes human again. This is much better because super Alice had become a bit stale, with her poorly defined powers making her too perfect. As soon as her powers go she is fragile again and the stakes are higher. She goes off to discover Arcadia, from the radio messages from the previous film, and she’s a completely different woman.

There is a whole host of supporting characters in Afterlife. Famous ‘that guy’ and SAMCRO member Kim Coates plays Bennett, a slimy movie producer who’s a whole lot of fun whenever he’s on screen. He’s the worst human being imaginable and can really only exist in a film like this that relies on over-the-top caricatures instead of characters. As well as him you have Luther West who is good at basketball, and that’s about it. But he’s fun, as are the other survivors Alice encounters. But at the the end of the day they all exist as fodder to be torn apart by zombies.

We get even more familiar faces from the games in this installment. Claire is back, and actually does some cool things in this one. In a scene that see’s Alice knocked unconscious, Claire really holds her own as an action heroine. Along with Claire we get her brother Chris, played by Wentworth Miller. I was not a fan of him as Chris when I first saw him. My first thought was that he just doesn’t feel like the same character. But boy was I wrong. After seeing the film I don’t think anyone could have done as amazing a job as Wentworth Miller. He has the physicality to be Chris (ok so he’s not a man mountain like is Resident Evil 5) and his voice is spot on. It’s a shame that no one will ever congratulate Wentworth Miller for successfully emulating Resident Evil 5-era Chris Redfield to such an exceptional degree, but I appreciate it. If you’re reading this Mr. Miller, less Prison Break and more Chris Redfield.

We also get the executioner from Resident Evil 5 for…some reason. It’s not really established why he’s there, they’re in Hollywood not Africa. But he looks spot on, as do the zombie-tentacle-mouths. It’s awesome as a fan of the series seeing the filmmakers do their homework. 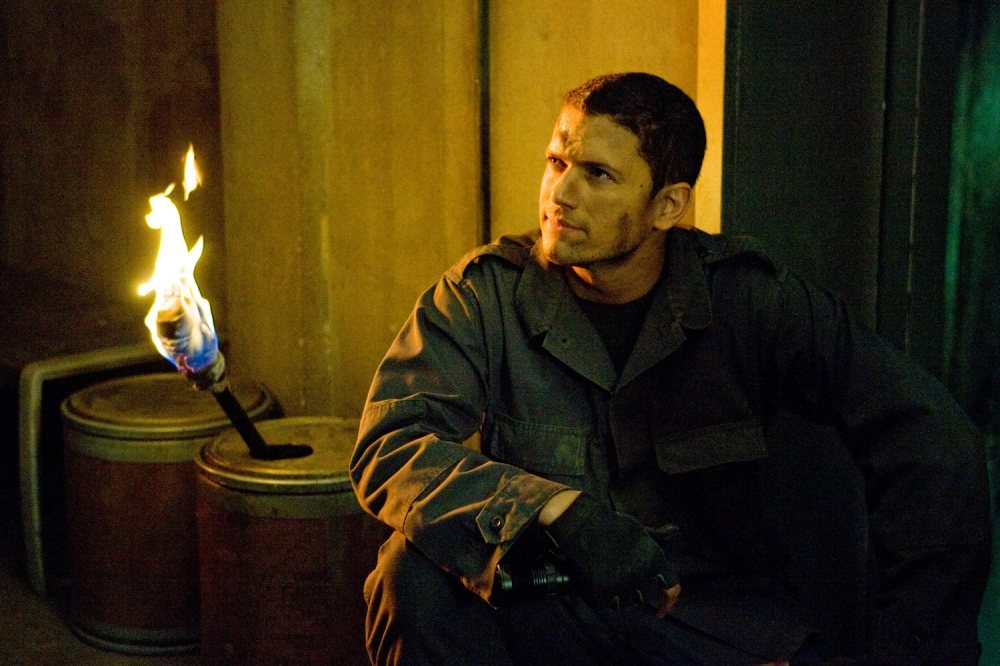 The standout scene for me is the Wesker vs Chris and Claire fight scene. I’ve been watching it in comparison to the cutscenes from Resident Evil 5 and a lot of it is shot for shot. The moves, the lines, it is all perfect. As someone who has put far too many hours into Resident Evil 5, this was amazing. The thing is, this series is so far removed from the games by now that people wouldn’t have cared if they hadn’t done this. But whatever you think of the films, they went the extra mile in this one and I loved it.

And that brings us to the very best part of the film, Wesker. Shawn Roberts would not have been my first choice for Wesker, but he sure looks the part in Wesker’s leather get-up. And he pulls off the voice and the way intonation of Wesker better than Jason O’Mara did. Plus he looks like a threat, like he could realistically take on Chris and Claire at the same time.

Resident Evil: Afterlife is pretty poor in places. Poor CGI, poor acting and writing, poor everything. But despite this, I loved nearly every second of it. I still think Extinction is a better made film, but for campy fun this is the peak so far. Seeing the scenes from Resident Evil 5, scenes I’ve watched a hundred times, being acted out was a joy. Tonally this was similar to Resident Evil 5, ridiculous action and unintentional comedy.  The fact that they have done away with the super powered Alice and the clones is refreshing too.

With each installment this series threatens to lose my interest, yet by the end of the film I love the series more than when I began. Judging by the trailer for Resident Evil: Retribution it’s only going to get crazier.