“Belters, we know what’s up. We know the game’s rigged. It’s been rigged from the start, always has been.”

Going into The Expanse, I knew very little about it. I knew it was based on the book series by James S. A. Corey (the pen name of co-authors Daniel Abraham and Ty Franck)
and I knew it was very well received by critics and fans alike. The thing that grabbed me most about it, however, was the love people seemed to have for the show, even bringing it back from the brink of cancellation when SYFY decided to prematurely end the show’s run. Having now binged the first season in a couple of days I can safely say I am all in on The Expanse too. The world created by Corey and the showrunners, Mark Fergus and Hawk Ostby is instantly fizzing with life and a diverse range of interesting characters. Every episode reveals details about the world as the central plots unfold and I found myself eager to learn more and more. The scale of the show and it’s production values are some of the best on TV but crucially, it’s all carried by brilliant writing. 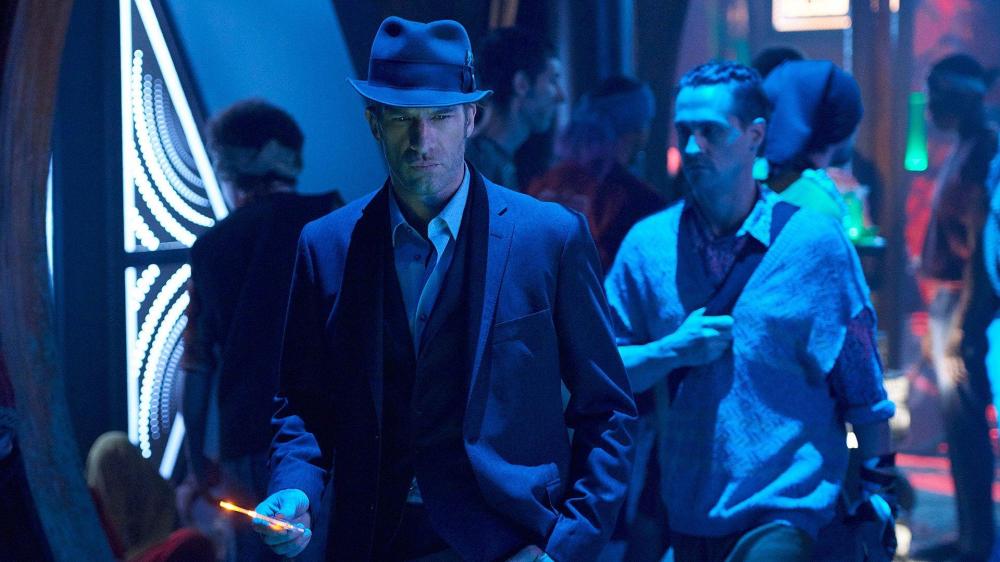 With the action spanning from the population of Earth, to Mars, and to ‘the belt’ and their OPA forces, the show could have felt stretched too thin in these initial 10 episodes. This is avoided though, through great writing, top-notch production values and fantastic acting. The central mystery might take a couple of episodes to get you properly reeled in but once it gets going it’s a brilliant riff on both old school noir and sci-fi tropes. Thomas Jane’s gumshoe investigating the case of a missing girl has all the hallmarks of classic noir. There’s an intricate plot, involving the classic noir ‘rich man’s missing daughter’ plot point, with flashbacks and even a cynical, fedora-wearing detective in Jane’s Joe Miller. Jane is predictably awesome in the role, and the tropes never overtake the emotional core of the character, who in lesser hands may have come off as unsympathetic but instead, Jane makes the character the emotional heart of the show. Despite the tropes, his storyline is never predictable and the riffs on a classic genre are always enjoyable and frequently heartbreaking. Running alongside Miller’s missing girl investigation is the story of 4 disparate belter ice runners whose ship, The Canterbury is seemingly destroyed by Mars forces triggering the beginning of the end for the Earth and Mars cold war. Their search eventually coincides with Miller’s investigation in one of the most thrilling and enjoyable set pieces in the season. 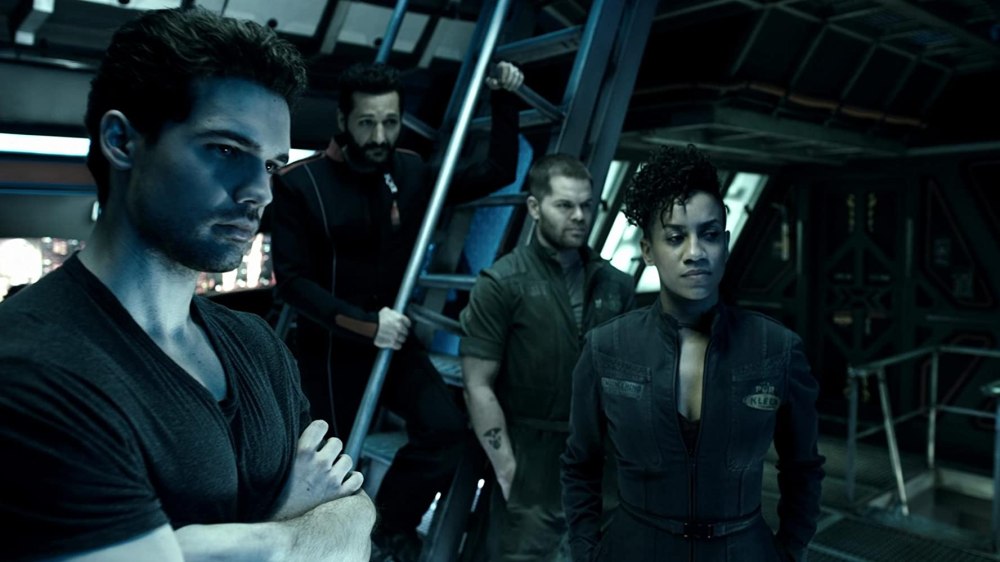 Leading this group is Steven Strait’s James Holden, an Earth-born ex-military type. His gritted teeth, hero complex schtick might at first seem predictable but by the end of the season, Holden had quickly become one of my favourite characters. His crewmates on their new ship, the Rocinante include possible love interest (and possible OPA member) Naomi Nagata, played by Dominique Tipper, the violent but calm Amos Burton, played by Wes Chatham, and the Mars born pilot Alex Kamal, played by Cas Anvar. The whole lot of them are fantastic, with each bringing a different and unique personality to the crew. The cast of the show as a whole is perfect, even down to the smaller roles which still leave a lasting impact. The always great Frances Fisher has a small but integral role as Holden’s mother and Jared Harris steals every scene he is in as OPA higher up, as does The Walking Dead’s Chad L. Coleman as Fred Johnson ‘The Butcher of Anderson Station’. The fantastic Shohreh Aghdashloo plays UN undersecretary Chrisjen Avasarala and most of the Earth scenes are carried entirely by her (most of the other main characters are out in the far reaches of the solar system). 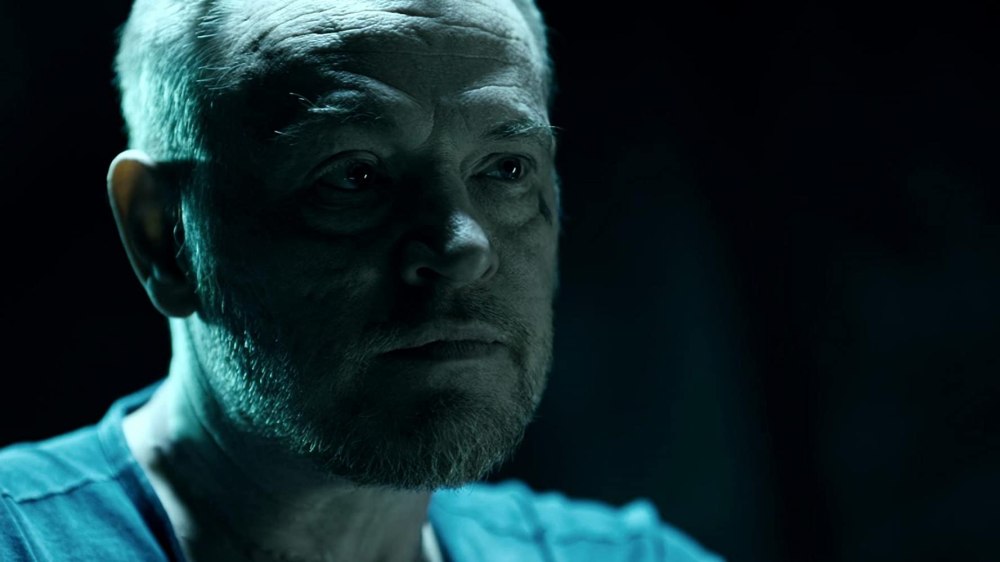 Having quickly finished season 1, I am already eager to binge my way through season 2. I’m already fully invested in this world and the characters and I can’t wait to see what happens with them next. It still surprises me that the show got cancelled by SYFY – the show deserves a Game of Thrones level following – but it does not surprise me that it was quickly picked back up again by Amazon. This is A-grade world-building science fiction with the source material, filmmaking and production values to back it up. If you even having a passing interest in science fiction, you need to start The Expanse right away.