“That’s just it Bruce. It wasn’t the villains.”

We’re back with another offering from DC’s Black Label, the more mature imprint that offers unique takes on classic characters. So far, we’ve had the fantastic Joker and Batman Damned by Brian Azzarello and Lee Bermejo, the gorgeous Harleen by Stjepan Sejic, and the sublime Batman: White Knight by Sean Murphy. This collection is again focused on DC Comics’ caped crusader, and sees Batman traversing an apocalyptic world following a catastrophic global event.

The description of this book sells it as a young Bruce Wayne awakens in Arkham Asylum and discovers that he’s never been Batman. For me, that is one hell of a premise. I think that story sounds magnificent. Sadly, that plot isn’t really what the book is about. In fact, that part of the story doesn’t even last until the end of the first issue. That’s not to say the rest of the comic is a letdown, Snyder and Capullo have put together something really great here, at times excellent. But I won’t deny that there was a little feeling of disappointment when the curtain was pulled back and we learnt the truth.

So the world has ended. And it’s not immediately obvious what happened. Batman escapes the Asylum and begins wandering an arid red desert. He soon finds himself a companion, in the form of the Joker’s severed head, somehow kept alive in a jar. This image of the Joker’s head kinda sums up the grotesque and surreal atmosphere the comic has. Things have been twisted into something quite horrible. Mindless zombies are using green lantern rings to create giant, malformed babies to attack Batman; the many incarnations of the Flash have been twisted together into some kind of Dali-esque Speed Force tornado; and Wonder Woman has saved the remains of humanity and has plans to lead them straight into Hell itself – because at this point, it’s safer than earth.

So it’s dark. But it’s done in a different way to what we’ve seen before. It’s not an edgy take on the Batman mythos, it’s a heightened and surreal version of the DC Universe. In what remains of Gotham, there is an unknown figure named Omega running the show. All we know is that he is strong enough to have killed Darkseid, as they have his head on a stick, using it to emit the ol’ Anti-Life Equation to keep people compliant. There are also suspicions that Omega is a former sidekick to Batman, as he seems to have a lot of the same skills. The twist of who Omega actually is, when he removes the mask, is really well done and I’m a huge fan of the reveal. Without spoiling it, Omega’s identity turns the story into something else entirely. Less of trek through the DC Universe and more of a meditation of the power of Batman and the impact that the bat can have as a symbol.

My main complaint is that the story becomes a bit more run-of-the-mill by issue three, when the journey across the ruined world reaches an end. Batman and Joker going across different landscapes, as the narrator describes what happened and how these people fell, is really fascinating. A pit stop at a familiar family farm in the Plains of Solitude is the high point of the story for me. I just want more of that. Kinda like Old Man Logan, I’d have been happy to just see these two get from one end of the country to the other for six issues, bickering as they go. But Snyder has other ideas, and he has a story to tell. And it’s a great story, no doubt about it. I just wonder what we could have got.

The art throughout is astounding. Greg Capullo draws fights like no one else, and manages to make it work when there are countless characters on screen – something that often becomes muddled. And there is plenty of action too, with a really brutal fight towards the end when Batman comes face to face with Omega. And the world-building is second to none. You find yourself studying the details of this new world, the background figures, to try and piece together what happened. And on Batman’s journey to Omega there is a great variety of locations, from icy shard-filled plains, the desolate desert, an all-out war between the forces of The Red and The Green – not to mention the frequent flashbacks to classic Gotham. Putting together this story must have been a monumental task, and it shows on each page. 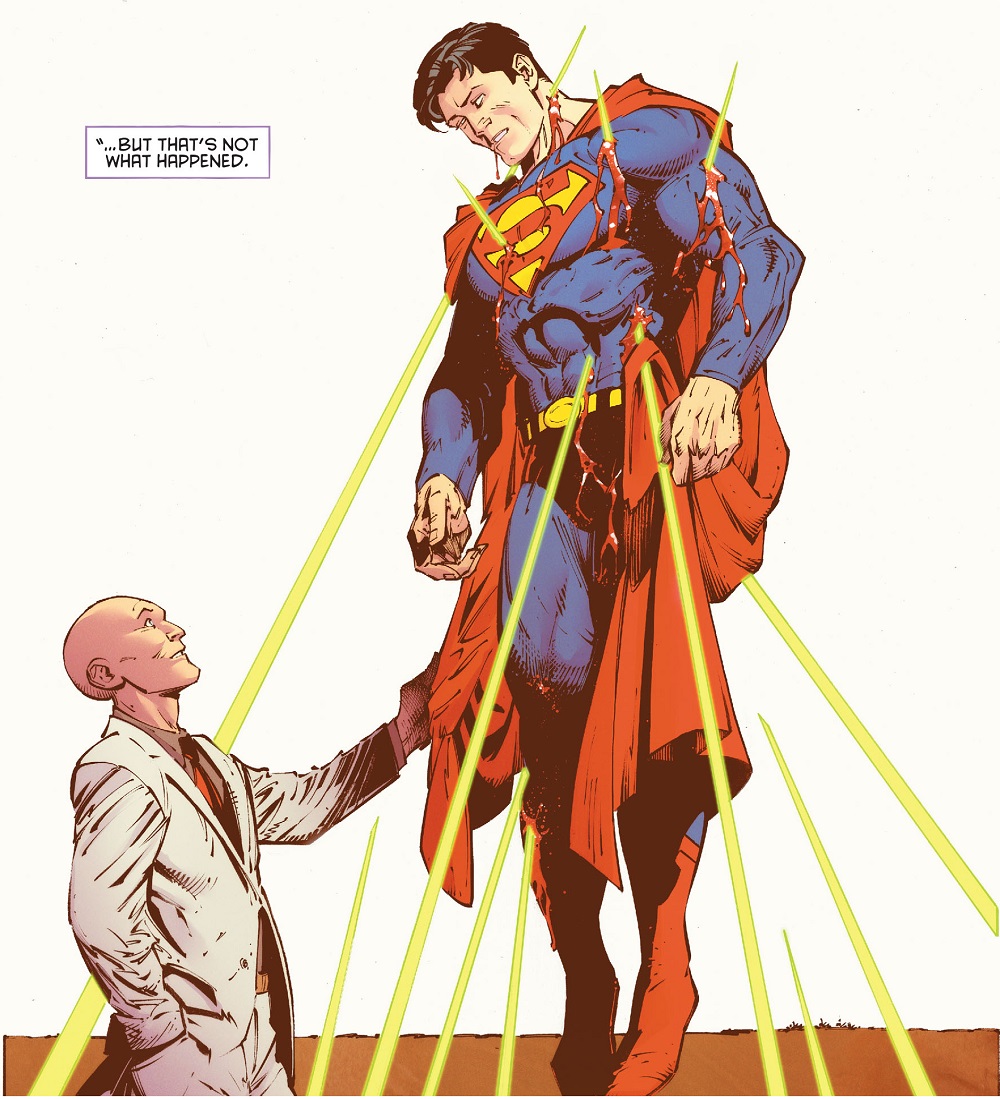 Batman: Last Knight on Earth is a really great story, for the most part. Snyder and Capullo place us in the aftermath of a world-ending crisis and leaves a lot of it up to us to figure out. I wanted to see more of that world, but that’s not the story Snyder is telling. And that’s okay. Omega is a real intriguing villain, and the reveal turns the entire thing into something else entirely. On top of that, there’s a fun cast of supporting characters. Mohawk Wonder Woman is really badass, and this incarnation of the Joker is probably one of my favourites. The Snyder/Capullo duo feels wholly original too, enough to convince me to dive in and give their Batman run a shot.

Overall, give it a shot. Maybe just ignore the blurb and go in with no expectations.