A plague almost wiping out the world, world war three narrowly averted, people being melted – this was a pretty heavy week on Doctor Who. But the majority of the episode worked really, really well. And the stuff that didn’t quite work? We’ll get to it.

So first things first, remember how The Doctor is President of Earth? They introduced that a few seasons ago and it was dumb then and it’s still dumb now.  In fact anything involving UNIT is pretty dire nowadays on Doctor Who. So it’s good that we don’t see much of that side of things in this episode. ‘The Zygon Invasion’ this certainly is not. The Doctor is flown into help when a pyramid appears out of nowhere and lands slap-bang into the middle of a military melting pot, with the Chinese, US, and Russian forces all ready to attack. This all happens in the generic and fictional Middle Eastern country of Turmezistan, a place that has appeared before (in writer Peter Harness’ Zygon stories in 2015) and that looks suspiciously like Tenerife. 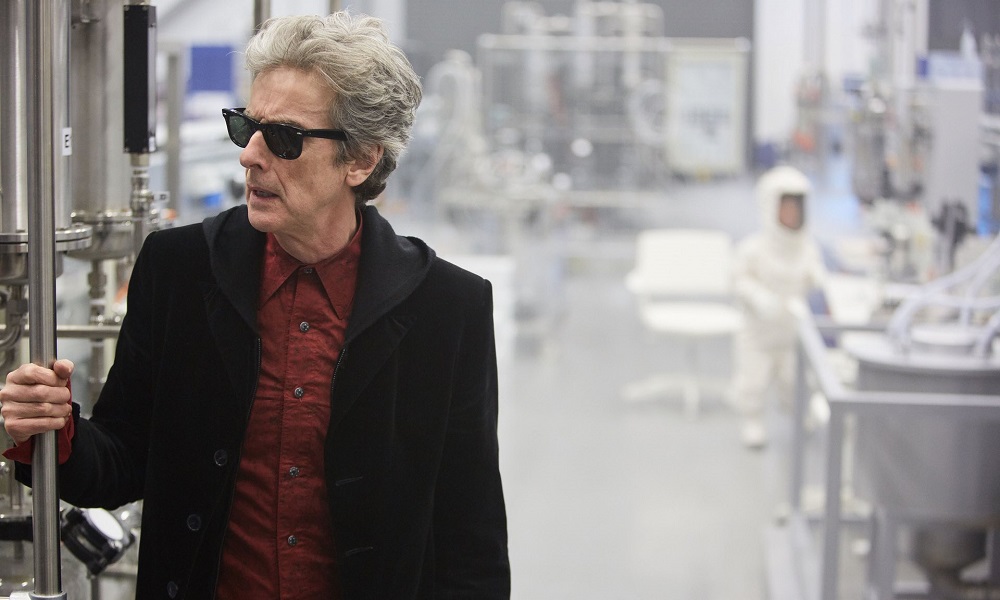 The Monks are back from ‘Extremis’ and they are still awesome, their design looks spectacular. Their plan seems strange when first hearing it. They want to help the world but the world has to want it, they have to consent. The consent cannot be “impure”. We see what happens when someone consents out of fear, or strategy, through some really cool disintegration effects. What the Monks want after the earth has submitted is unclear, but next week’s episode looks very, very interesting and high concept.

The Monks show the leaders that the world will end in a year’s time and they are the only ones who can help. This leads to a lot of running around trying to figure out how to stop it, whilst the stupid humans consider consenting. But are they really that stupid? Sure the three leaders of the forces in Turmezistan are lacking a personality, but I think we can all relate to their struggle. Doctor Who often likes to paint humanity in a really cynical light, but this episode subverts it. It suggests perhaps The Doctor isn’t right and it is actually Bill who eventually consents. Plus, it’s not World War Three that threatens to wipe out humanity, it’s simple human error. 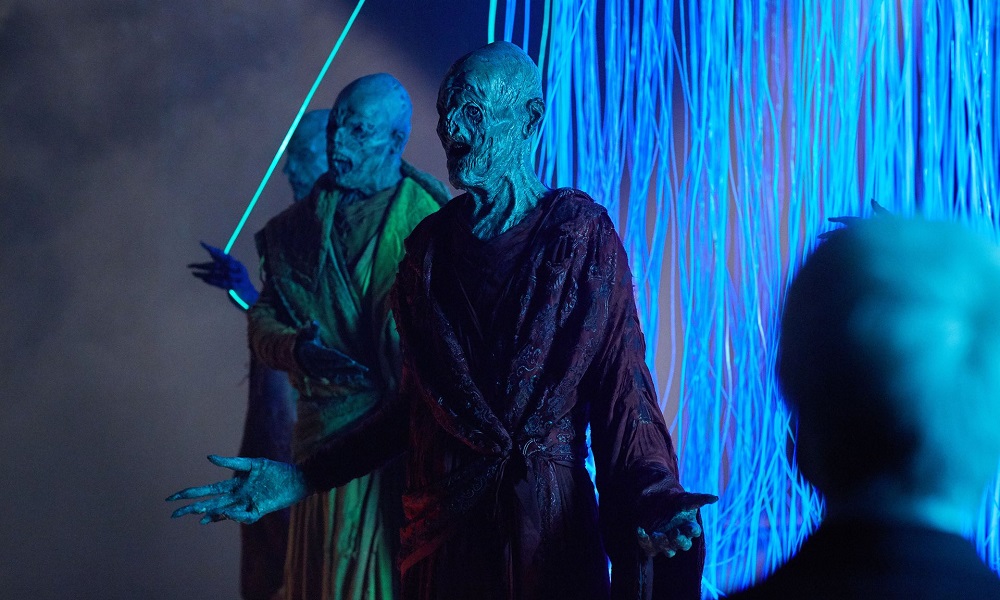 Running parallel to the main story we see the two worst scientists in Britain going to work at the lab. Through a series of tiny errors (as The Doctor warns – “The end of the world is a billion billion tiny moments.”) the two of them end up at work in a sorry state – one is hungover and the other is near-blind. This is pretty silly and feels a lot like the Russell T. Davies era of Who. The basic safety precautions in this lab are ridiculous, as one scientist runs through both air lock doors and doesn’t shut either. Is that how they work? Can both airlock doors even be open at the same time? The whole thing plays out like an episode of Casualty, two unknown characters doing something incredibly stupid that the audience knows will end in catastrophe. The tension is very efficiently ramped up though, with the show cutting back to the scientists at just the right moment to increase the pace.

“The end of the world is a billion billion tiny moments.”

The Doctor and co. soon figure out that the pyramid is a diversion and the end of the world will come from an unknown direction. They settle on a bacteria outbreak and begin to narrow it down. Like the scenes in the lab, this is very tense, with the humans doubting The Doctor’s wisdom and telling him the fate of the planet perhaps shouldn’t be in his hands. I always like it when people disagree with The Doctor, and it almost seems like he doubts himself at some point. But of course he’s right and he finds the lab just in time. Perhaps he finds it too fast, that’s up for debate I suppose, but the clues he follows to get there all make sense. 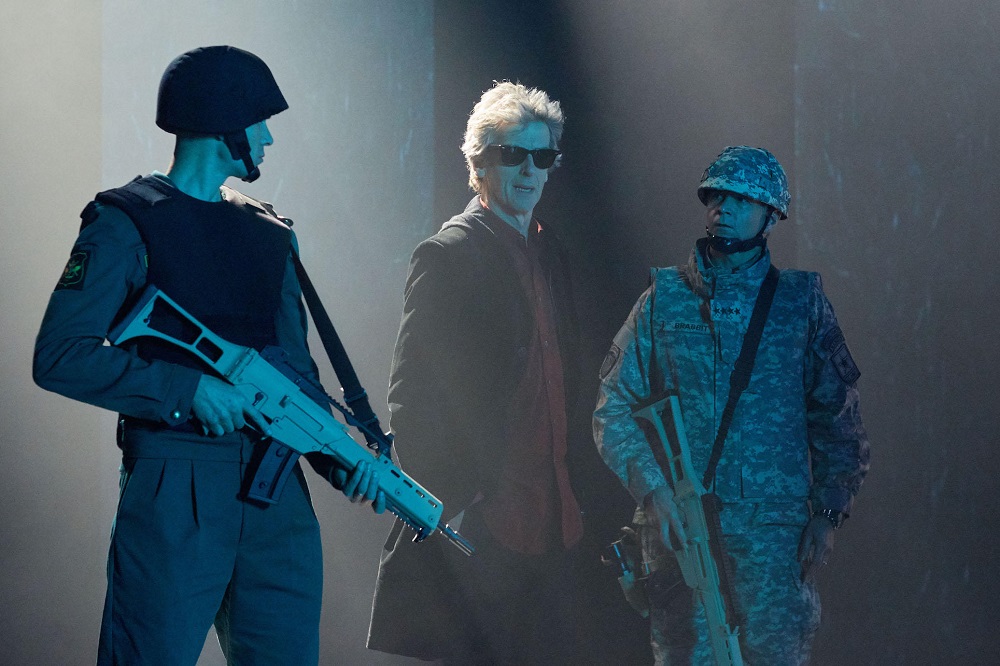 When The Doctor finds his way to the lab he does what he does best, he blows it up. His excitement and genuine friendly conversation with Erica the scientist (her drunk colleague having recently turned to mulch) is really fun. And it perfectly sets up the shock when the always-confident Doctor can’t get through the locked door because of his blindness. The last five minutes of this episode are excellent. As The Doctor is actually stuck, Nardole has passed out, and Bill is left alone to decide the fate of the world. Her decision might not be the right one, but I don’t blame her for making it.

This episode was actually confident middle chapter in the story, if with a few hokey moments. But that’s what Doctor Who is all about after all, balancing the heavy themes with some creaky sci-fi ideas and ropey CGI (although the CGI this time was by and large, excellent). Next week’s episode looks very cool and I’m excited to see how it all ties together. ‘The Pyramid at the End of the World’ connected loosely back to the virtual reality of ‘Extremis’ so hopefully it all holds together in week three.

Also Missy is back again. Will the Monks be somehow Timelord-related? We’ll have to wait and see.