“What’s the difference between my pain and yours?”

Episode 8 of Westworld was once again a Nolan-esque exercise in how many questions can you answer while still remaining utterly confused. This isn’t a criticism of the show however, not since the early seasons of Lost have I been this invested in a show that leaves me completely baffled after every episode. But this is from the mind of Jonathan Nolan who, along with brother Christopher, were behind the brilliant and ridiculously bewildering Memento and The Prestige. And like those I’m sure the mysteries of Westworld will have a satisfying pay-off bringing all of the plot lines full circle (or it could go the other way and be another Interstellar).

After last week’s shocking ending (Bernard is a host, kills Theresa) the tone of this weeks episode and all future episodes was irrevocably altered. Whereas with Maeve we are seeing what happens when a host in the park becomes self aware, Bernard’s awakening is a little different. Unlike Maeve Bernard wasn’t in the park, he was in ‘our’ world; the human world. He already knows all about hosts and how they are being used, he designed a lot of them after all, so him finding out he is one them makes him understandably confused. For now Bernard is playing it cool but he already knows Theresa isn’t the only person Ford has had him kill so it’s doubtful Bernard will stay loyal much longer. And despite the Frankenstein’s monster relationship him and Ford share the treatment of his robot brethren will undoubtedly effect him eventually. Jeffrey Wright knocks it out of the park once again, as does Hopkins as Ford. Most of the time these two are just talking to each other but their conversations are always riveting. Wright plays Bernard’s anguish over him killing Theresa perfectly; you get real sense of the pain and anger he’s feeling. Hopkins’ ambivalent reaction to it all is wonderful too. His douche status is confirmed as he watches on as Bernard despairs, not really caring about the pain of his supposed ‘friend’. He acts like a carpenter looking over a piece of furniture he’s really proud of. His subduing of Bernard’s emotions will come back to bite him in the ass though as Bernard’s dispassionate description of Theresa only served to make Luke Hemsworth’s security chief suspicious. 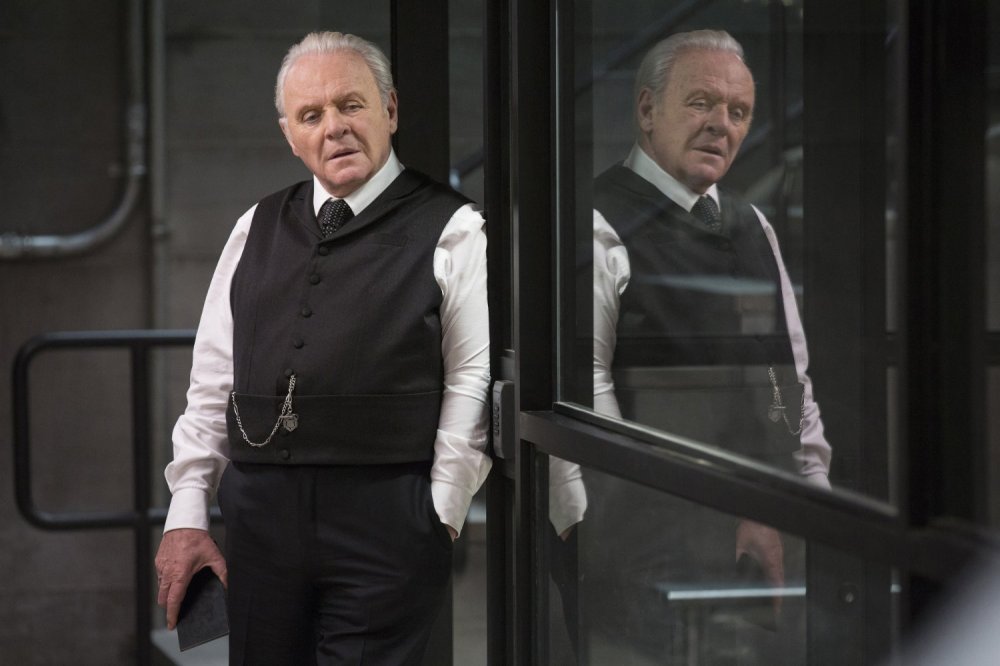 Ed Harris is his old awesome self in the episode too. Not only do we find out a good chunk of his back story (further fuelling the William = The Man in Black rumours) it feels like he’s getting perilously close to completing his quest of finding the maze. Things are getting weirder by the minute and Ford’s Wyatt narrative is revealing itself more and more. Him and Teddy taking down one of Wyatt’s men, a Minotaur looking guy, was a particularly strange and awesome moment. The Man in Black revealing his past was a brilliant moment too, perfectly acted by ED Harris. Not only does he give us an idea of what sort of person he is outside of the park, he also explains why he killed Maeve and her daughter in her previous life. Not that it’ll be any consolation to Maeve but the MiB isn’t a ‘bad’ guy, he was just seeing how far he could push himself after suffering a terrible end to a depressing marriage. This brings into question other things he’s done in the series such as the attack on Delores early on in the season. The episode also sees the two of them coming across Angela (Talulah Riley) the host who greeted William when he arrived in the park. Like the Minotaur Teddy and MiB take out she’s a part of Ford’s new Wyatt plot line. What this means for Teddy obviously won’t be good (due to his history with Wyatt) but for MiB it could be useful. Whatever the ‘maze’ is it seems Wyatt is instrumental in unlocking it’s secrets. Although judging from the pistol whipping the Man in Black receives this episode, this far out in the park is a dangerous place to be even if hosts can’t kill guests (and that’ll change if Maeve has her way). 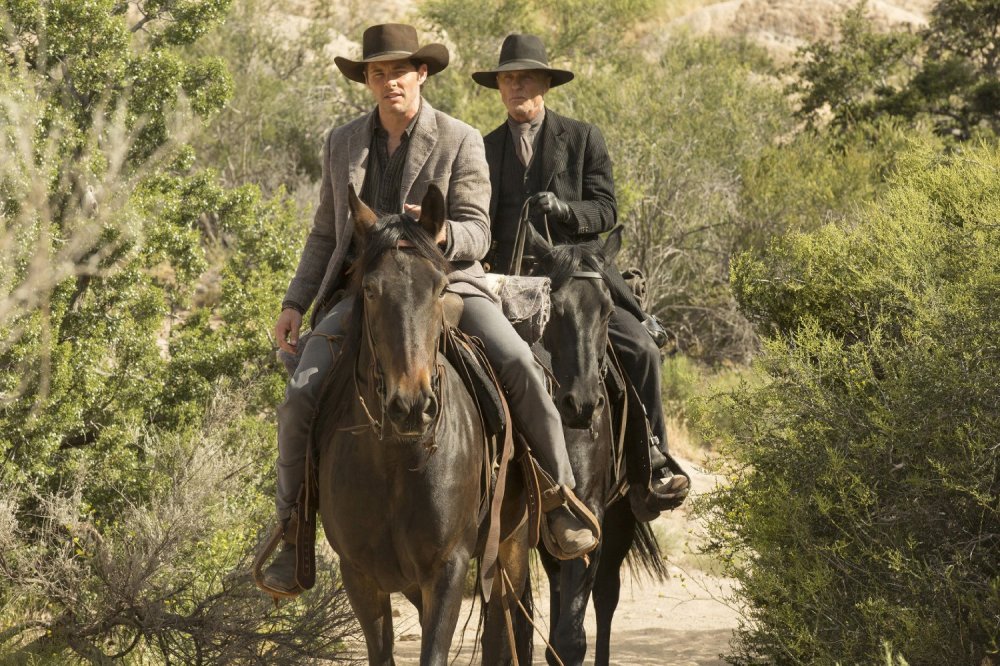 Maeve’s story line continues this episode as well, with her still manipulating the park’s two dumbest technicians. A lot of folks have a problem with the motivation of these two but I found it pretty easy to understand. Felix (Leonardo Nam) is a bit of weakling and we’ve already seen his eagerness to help the host’s that time he fixed up that robot bird. It makes sense that Maeve could manipulate him so easily. His co-worker Sylvester (Ptolemy Slocum) is doing it purely out of self preservation; Maeve threatened to expose the host sex ring he’d set up. Although there comes a point when you’d think Sylvester would go to the bosses, despite what Maeve had on him. Maybe getting stabbed in the throat will turn out to be that point. Thandie Newton is excellent once again, further cementing her place as queen of the self aware host army she plans to assemble.

Speaking of self aware hosts, there was some interesting developments with the Dolores (Evan Rachel Wood) story this week. Still travelling with William (Jimmi Simpson), she had a vision of the early days of the hosts. We’d seen this before, the hosts being trained to dance and move correctly but then they are all massacred by an unseen force. Was it Wyatt? Could be, he certainly an integral part of the story and we’ve had hints of him massacring a town before. But more worryingly the show (seemingly) suggests that it’s Dolores doing this. Maybe Dolores and Wyatt are one and the same,? 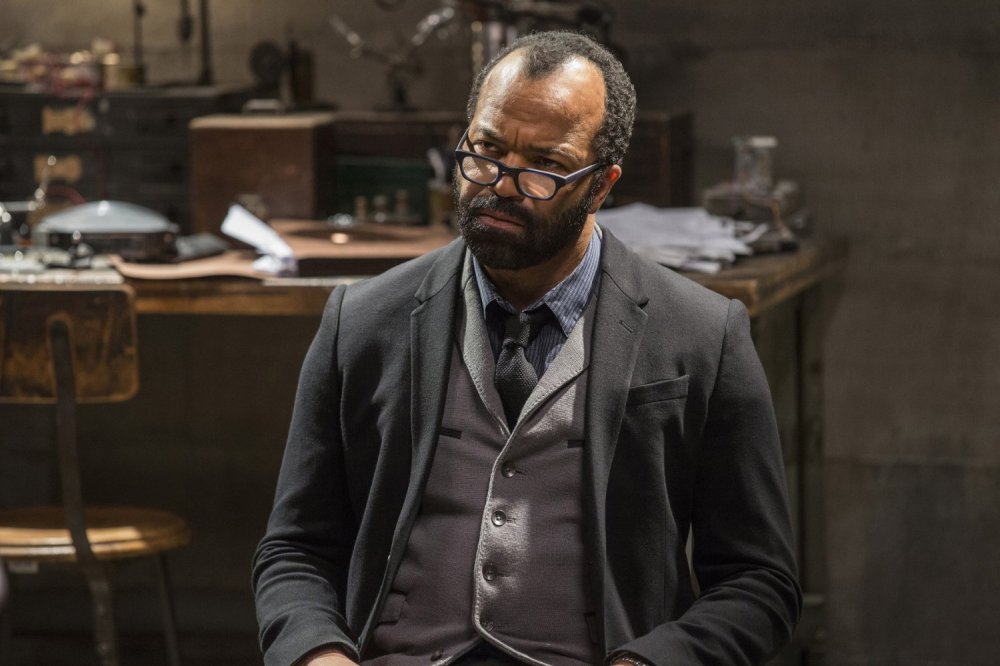 The bottom line: Westworld stunned once again with another brilliant episode that gave us the same excellent performances and mind boggling story lines we’re now use to. The music was awesome once again and the Westworld trick of using jaunty piano versions of popular music to underscore a scene (this time it was The House of The Rising Sun and Back to Black) was inspired once again. We’re nearing the endgame now and as long show runners Jonathan Nolan and Lisa Joy can stick the landing Westworld could turn out to be one of the best in HBO’s history, not a small feat at all.