Beauty isn’t everything. It’s the only thing.

If it wasn’t for a few controversial scenes, I’d argue that The Neon Demon is almost Refn’s most accessible film. Unlike Drive and Only God Forgives there is a lot of dialogue, and less scenes of (the often parodied) staring. It begins simply, a girl wants to make it big in the modelling industry. But as it goes on it gets stranger and the scenes more sinister. By the end you’re left looking at the person next to, as if to say “Did you see that too?”. The whole thing is amazing.

Jessie is the girl trying to make it in the seedy L.A. modelling world. She is played superbly by Elle Fanning. The performance requires both innocent naivety and, as the story progresses, a confident malice. It helps a lot that Fanning is a sixteen year old girl and would obviously know how a sixteen year old girl would act in these situations. She’s nervous in this strange new world and she lies to fit in, lying about her age, experience and who she’s been with in the past. It’s believable reaction from a young girl desperate to make it. Jessie knows she has something that sets her apart from the others but has no idea how to use it. Elle Fanning was apparently the only choice for Jessie and you can see why. She definitely has “it”, something about her is different. It’s a brave performance, and she comes out of The Neon Demon as someone to keep an eye on.

Seeing as a lot of reviews have used the old cliché of “style over substance” when describing The Neon Demon, let’s talk about the style. Everything is coloured in bright garish colours, giving the world a heightened feel. As you’d expect there is a hell of a lot of neon. From the dirty neon of Jessie’s motel to the dreamlike neon shapes she sees throughout. It’s like an exaggerated L.A., one where this sort of stuff could definitely happen. A parody of the real thing. Thanks in part to the style the movie is incredibly camp, but I don’t think Refn wanted it any other way. It’s vulgar and flashy and gross, but only a little bit more than the real life it’s satirising. Underneath all of the that there is a menace, a real feeling that this city is going to swallow Jessie whole unless she can fight her way to the top of the pile and become someone. 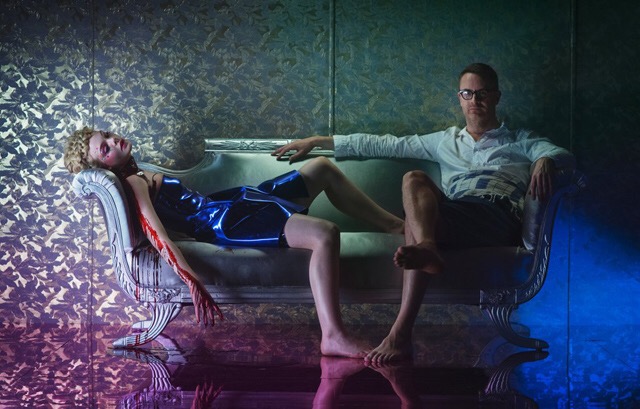 The supporting players are extremely memorable. I’d never forgive myself if I didn’t mention Keanu Reeves first, as Hank the paedophile motel owner. He is the definition of scummy, dressed in tacky sportswear and sitting on cheap plastic chairs. (His sidekick is Charles Baker, AKA Skinny Pete from Breaking Bad!) Christina Hendricks is great too as a stuck up casting agent. The most fun is Alessandro Nivola as a snooty fashion designer. He hams it up like crazy and is so much fun. These are small roles but these excellent actors make them so each one stands out uniquely. The villains of the film are great, but saying too much about what they do would give too much away.

The score by Cliff Martinez is synths perfection. Combined with the visuals it’s an intense experience worth seeing on the biggest screen you can find, with the best sound system. Also the original Sia song at the end is amazing even if you’re not much of a fan.

If you already disliked Refn’s work then The Neon Demon will not change your mind. It is over the top and in your face. And one scene in particular is bound to be very, contorversial (you WILL know it when you see it). But it’s a film with a message, about femininity and beauty, and the dangers of obsessively seeking the latter. Fans of Refn’s will love it, detractors will probably not be convinced. A one of a kind experience, and I don’t think Refn would want it any other way.