X-Men: Days of Future Past was definitely the best superhero film of last year, and that’s saying a lot considering Captain America: The Winter Soldier and Guardians of the Galaxy also came out in 2014. But for me, X-Men was the best. Not only was it well written, smartly directed and had a great cast, it was the also the culmination of a film series that has been with me since certainly childhood. Yeah, the modern Marvel movies are great but it was X-Men 1 and 2 that I was watching repeatedly as a kid and to see a (sort of) end to the whole thing, especially one this good, was a delight to behold.

Best bit- When Wolverine first wakes up back in the groovy 70’s. 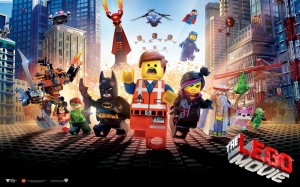 I’m not a big fan of kids films. I just don’t really like them most of the time. I prefer to watch something with heavier themes, something for ‘grown-ups’. But The Lego Movie is one of those rare kids films that manages to transcend it’s kids movie trappings and become something truly special. Unlike the other big kids movies of the year, The Lego Movie is a great film for all ages and all types people. Jokes come at you thick and fast and, surprisingly, they’re all funny, even for a cold hearted, kids movie hating person such as myself. The message is sweet, the voice acting is brilliant and the animation is gorgeous. Not only is the best animated kids movie of 2014, it’s one of the best in a long time. 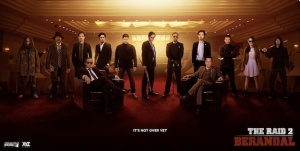 The Raid 2 made Rama’s journey though the deadly block of flats in the first film look positively easy. Everything was ramped up in the second outing; the story, the acting, the gore and, most importantly the kick-ass action. This film is the perfect action film, it’s The Godfather Part II of action cinema. The stunt work is amazing and fight choreography is the best in any action film to date. If you even remotely like action films then you owe it to yourself to watch The Raid 2. 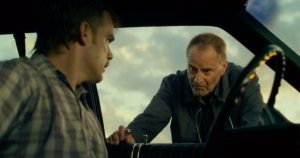 A surprisingly entry in at number 2, Cold in July is an awesome little film with lots of twists and turns and and a brilliantly realised seedy 80’s tone. After a break in at his home Michael C. Hall’s character accidentally kills a man and things just get worse from there. Hall is great as the dad protecting his family and Sam Shepard is brilliant as the unpredictable, but ultimately good father to the man Hall supposedly killed. The real standout though is Miami Vice’s Don Johnson who hasn’t been this awesome since the days of Crockett and Tubbs. Brilliantly directed and written, and even occasionally funny, Cold in July is one of the best thrillers in years. 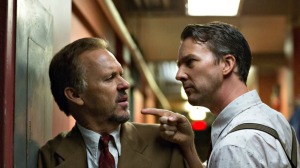 O.k. so technically this didn’t come out here in the U.K. until this year, but I’m going off U.S. release dates here, mainly just so I can include this masterpiece. Birdman is one of those films when you watch it, you know you’re watching something special. Everything about it is top notch; the direction, the editing, the script, the cinematography, and most of all; the acting. Keaton’s turn as the main character, the depressed and ever so slightly unhinged Riggen Thomson is spectacular. Birdman is very clever, very funny, and very moving, and it really has to be seen to be believed.

Honourable Mentions: The Guest, The Rover, Interstellar, Guardians of the Galaxy, Gone Girl, Dawn of the Planet of the Apes, Captain America: The Winter Soldier. 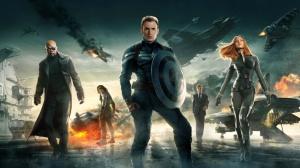 It was a toss up between this, Guardians of the Galaxy and X-Men: Days of Future Past. But Tom went with the latter and as a big fan of Cap for a while, I chose this. It is a perfect superhero movie mixed almost with a political thriller (but with more explosions). It’s also worth mentioning how awesome the action scenes are. By far the best directed action scenes in modern superhero films, it’s almost like watching The Raid when Cap and Batroc go up against one another. Almost. It has a great, extremely relevant message behind it and is a hell of a lot of fun. 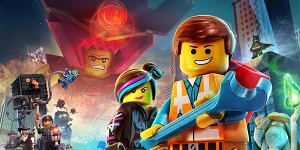 Tom’s already covered this, but I’ll add my two cents quickly. Amazing for Lego fans and non-fans alike, hilarious, touching and beautifully animated. Anyone who says they didn’t smile during this movie are lying! 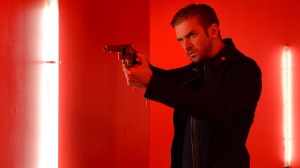 From the guys who brought us the exceptional You’re Next, their follow-up is a throwback to the gleefully violent action/thriller movies from the 80’s. It’s funny, it’s smart and it will definitely keep you on the edge of your seat, mainly to see what “David” will do next. And with a character as interesting as Dan Stevens’ “David” there is just never a dull moment. The soundtrack is also outstanding. Filled with the synthiest tracks you’re likely to ever hear, it fits the neon coloured film perfectly. The characters (and their interactions with David) are great, especially the daughter Anna. After seeing her and the character of Erin in You’re Next it seems director Adam Wingard and writer Simon Barrett are dab hands at creating kickass female characters. One of the most fun movies I’ve seen in a long time.

Birdman is just astounding. There is not a single performance that doesn’t feel perfectly nuanced and acted. Michael Keaton in particular, it is the role he was born to play, the career of Riggan Thomson mirroring his own. It feels artsy but without the off-puttingly pretentious hallmarks. It’s a movie anyone can enjoy and admire and I hope they do. The continuous shot which first seemed like a gimmick gives the film a feel no other film has ever had, a dreamlike sense I can’t quite put my finger on. Funny, exhilarating, sad and beautiful. If you avoid Birdman you’re missing out. 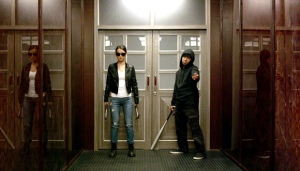 This wins for me as action movies have always been my favourite genre, and The Raid 2 is one of the greatest action movies ever made. Loosing the tight narrative of the first film instead going for a intricate gangster epic, think The Departed but in Indonesia, Rama is back and stuck in the middle of a war. The fight scenes are bloody and awesome to behold, and there are plenty of them. The choreography is mind-boggling and shows that Director Gareth Evans and the entire cast have real skill. The characters are like video game boss fights going up against Rama, baseball bat guy and hammer girl being particularly fun. People are dispatched with wince-inducing cracks and the snaps of broken bone and it doesn’t let up. Writing about it makes me want to go and watch it all over again. I can’t exaggerate enough how great it is. One thing is for sure, The Raid 3 will be spectacular.

Honourable mentions: Interstellar, Cold in July, Guardians of the Galaxy, Gone Girl, X-Men: Days of Future Past, The Rover, Dawn of the Planet of the Apes, Noah, The Hobbit: Battle of Five Armies, How to Train Your Dragon 2.