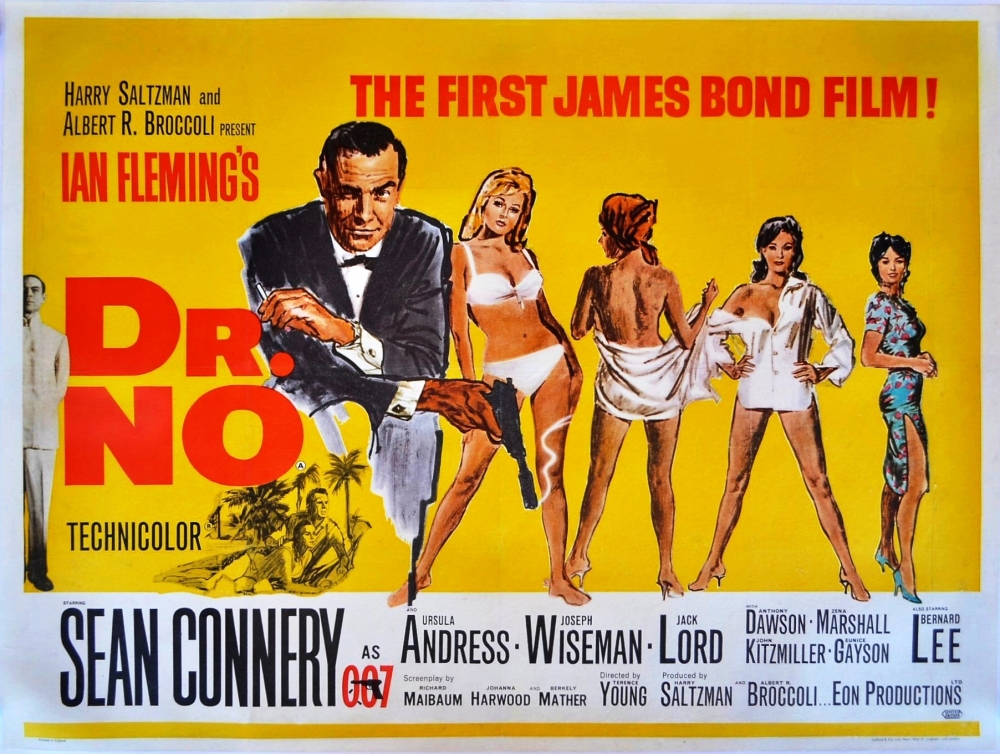 I love James Bond. James Bond has been a huge part of my life for as long as I can remember, we had the collection on VHS and now we’ve upgraded to the Blu-ray collection. It comes in a fancy box and everything. Over the next few weeks we’ll be making our way through all 23 Bond films, which means the main series. No Casino Royale (1967) or Never Say Never Again here. I’ll aim to keep each review short, about 500 words give or take. Me and Tom will share reviewing duties on this so some will be by me, some by him. Ok, so here goes!

Dr No is the first film in the official James Bond franchise. And it’s perhaps the one I’ve seen least. I always get a little put off watching an older film, but not with 007. This film is 51 years old and I couldn’t love it more. The Blu-ray has really done a number on it, the quality is, well it’s amazing. THIS is the reason I bought a Blu-ray player, the level of quality is beautiful to behold. I don’t want to sound pretentious but how anyone can go back to normal quality after this is beyond me. Also, I’d forgotten how colourful this film was and the remastering really enhances it. You can see it all in its spectacular, slightly camp sixties awesomeness.

The film itself, plot-wise etc, has aged about as well as you’d imagine. The plot about space rockets etc seems dated as this was, of course before the moon landing. Also, it’s quite sexist. I mean, it’s James Bond, of course it is (he’s described  as a “sexist misogynist dinosaur” from M herself in Goldeneye) In one scene he knows a woman has tried to have him killed yet he has sex with her anyway and then bundles her off in a Police car. To me this just adds to the escapism of these movies, no one is that suave. But Bond CAN be. He can get away with it. Besides, it was the groovy 60’s.

I think a special shout-out is in order for Joseph Wiseman who is just spectacular in this film as Dr Julius No, despite limited screen time. He has bionic hands! C’mon, that is cool. Also the Bond girls are there, but they’re there for eye candy and not much else. Honey Ryder is awesome though, with a pretty dark back story. Her entrance is iconic, perhaps the most iconic shot in cinema. But the scene that gives me shivers is Bond’s introduction. I got into Bond in the Brosnan era so he’ll always have a special place in my heart, but Sean Connery is just SO COOL. He is the only Bond to get the mixture perfect I reckon, that suave gentleman, the cool puns but also the menace. Bond is a cold-hearted killer and it shows in Connery’s performance.

Overall, this is pure classic Bond. Awesome sets and set pieces, beautiful Bond girls and brilliant villain. At the end of the day, this movie is just great fun.

Up next – From Russia With Love