“How can man die better: than facing fearful odds, for the ashes of his fathers, and the temples of his Gods.”

Oblivion is a 2013 sci-fi film starring Tom Cruise, Olga Kurylenko and Andrea Riseborough. I watched it in he cinema the past week and I LOVED it. I loved it a lot. So far it’s up there as contender for film of the year. “But Jack”, I hear, “hasn’t Oblivion been getting mixed reviews? How can it be THAT good?” Well my lovely readers, let me explain why this film should not be missed. 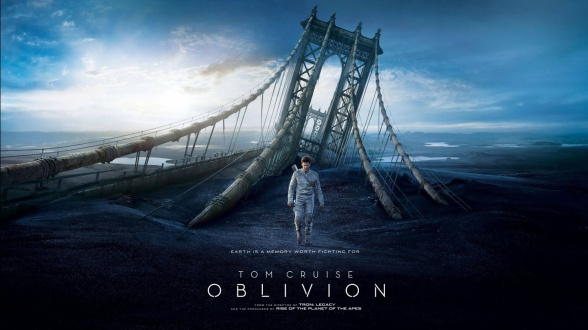 Oblivion takes place on Earth in 2077. The Earth’s moon was blown to pieces by aliens causing floods and all manner of natural disasters. Only then did the aliens (known as Scavs) invade. Earth resorted to using nukes, destroying the majority of the planet. All humans were shipped off to a mysterious space station known as “the Tet” by the government and then sent on to their new home of Titan, one of the moons of Saturn. The only people left on Earth are Jack (Tom Cruise) and his partner Victoria (Andrea Riseborough), protecting the drones and machinery on Earth and fighting a daily battle with the remaining Scavs. That is more or less all I can tell you about the story in Oblivion without beginning to give away spoilers. Except for the fact that Olga Kurylenko and Morgan Freeman show up at some point, anything else I told you would ruin something. There are lots of twists and turns, and even if you’ve seen the slightly spoilery trailers for Oblivion you probably won’t see the twist coming. As well as this the movie stars my hero (after Bryan Cranston) Nikolaj Coster-Waldau.

Oblivion is the most beautiful looking film I’ve ever seen. I think it beats even the Lord of the Rings trilogy on the impressive scenery front. It is amazing, and really takes advantage of Iceland’s seemingly post-apocalyptic landscape. It’s not just the scenery that defies belief however. The whole film is shot wonderfully and elegantly. I got shivers down my spine on numerous occasions. It is not however the action heavy science fiction adventure that it was advertised as though. It has plenty of action but the real core of the movie is in Jack Harper. I like Tom Cruise in everything he’s in (Mission Impossible 2 anyone?) but this is by far his strongest performance yet. He’s amazing as the man asking the questions that no one else will, like if Earth won the war, why do they have to leave? The mystery of Jack Harper and the visions and dreams he is having are explained in a twist that had me on the edge of my seat, despite having had it spoilt  before I went into the cinema. 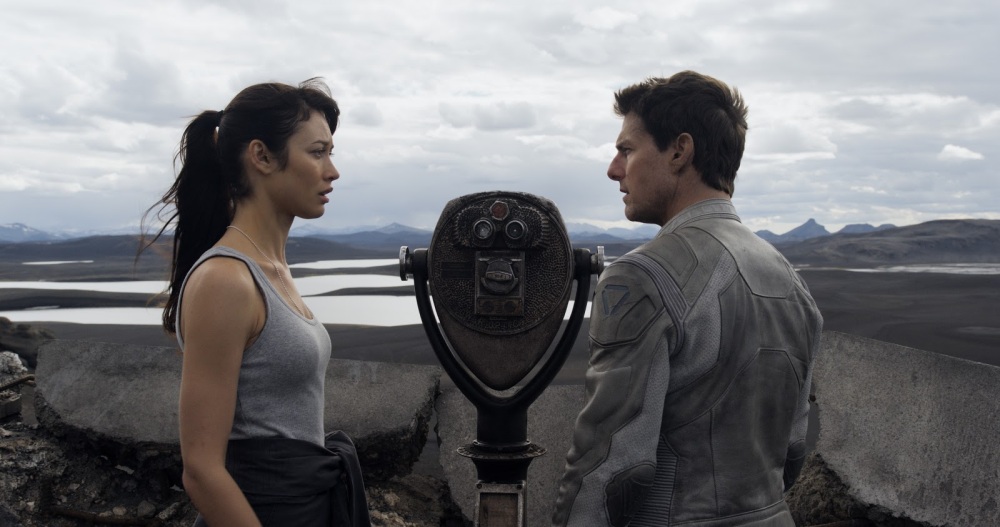 Why then is the film getting it’s iffy reviews? Well the general consensus is that it’s a problem of style over substance. I don’t think this is the case however. I got fully invested in the characters, and their isn’t really a chance in the film for a character to be undeveloped because there are so few of them. I also wanted to find out what was happening to Jack, and what the hell “the Tet” actually is. As well as this the film is incredibly stylish, with the best special effects I’ve ever seen. It is also very clever, but not to the point of being pretentious.

Oblivion is a film for smart movie-goers, not for people expecting a forgettable action film. The cast is brilliant, but Tom Cruise and Andrea Riseborough are paticularly excellent as the couple living alone on Earth in their suspended apartment; tower 49. If it’s lucky this film will go down in movie history as underrated at the very least. It is stylish, but not excessively so, and it is most defiantly beautiful. It is a romantic , mind-blowing science fiction epic that you really cannot miss.