Doctor Who returned in the New Year and was surprisingly good. Sure it had the usual wonkiness that is now part and parcel of the show, (and hit-or-miss cameos) but it was entertaining – with a last-minute twist that took it to the next level. That meant, for the first time in ages, I was really excited for this episode. And it managed to be even better than I expected. Is the show back on top?

The last episode didn’t leave our time travellers in the best place. Stranded on a plane and hurtling towards the ground – not to mention The Doctor being zapped away – it didn’t look good. And I wasn’t sure there was actually a way they could get out of it that wouldn’t feel silly or sudden. But they actually manage to have some fun with it, as Ryan discovers hidden messages on the plane that instruct him on how to land. It didn’t feel like it cheated, is what I’m saying. And from there, our heroes are on the run with only Graham’s laser tap dancing to save them. And without The Doctor, it’s up to them to sort things out. 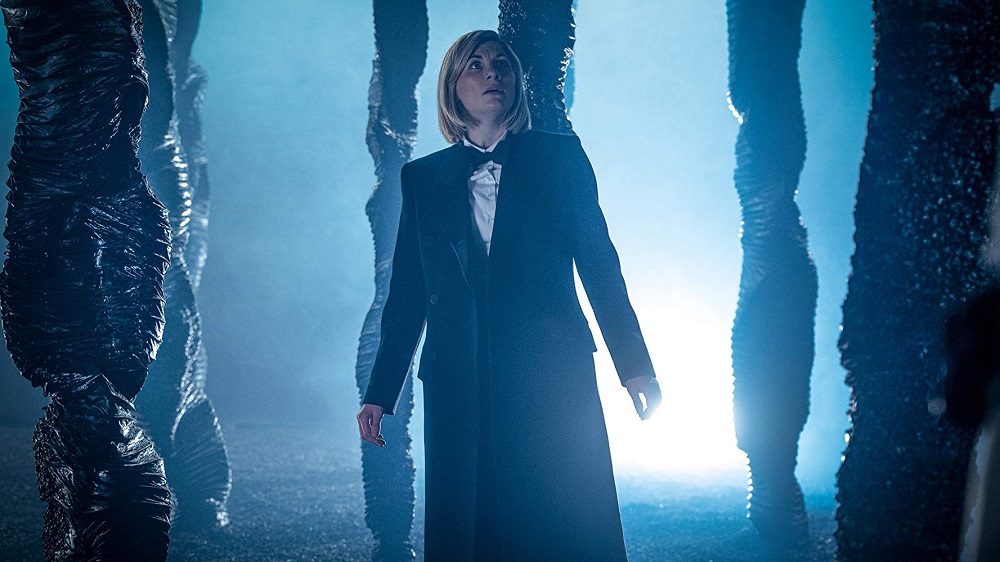 So where is The Doctor? Where or when did she get sent? Well it’s not clear. She ending up in the dimension of those eldritch light monsters, but they’re left pretty vague. But in that world she encounters a woman, from the 1800s – Ada Lovelace, computing pioneer. What follows is an adventure across time, the like Doctor Who does best (and something we’ve not had in a while). The Doctor travels from 1800s London to Nazi-occupied France, meeting famous historical figures along the way. Ada Lovelace and Noor Inayat Khan are two perfect historical heroines – because they’re just obscure enough. The show often gets a little cringey when The Doc is dancing around with Shakespeare and Churchill (like a low-rent Assassin’s Creed side mission) and they’re anonymity means the writers can get away with more changes and tweaks.

Throughout this adventure through time and space, The Doctor is followed by The Master. And if his introduction in the last episode didn’t cement it, then this one will; Sacha Dhawan is absolutely brilliant in the role. First he appears in the 1800s, shrinking people and shouting at them like some insane funhouse mirror version of the Joker at the party in The Dark Knight. In France, he’s a full-on Nazi – an image which felt bizarre to see at 7.00 on BBC1. But they keep the tone perfectly, switching from funny to serious seamlessly (and these were some dark times). Dhawan brings this sense of hopelessness, like he’s a version of The Master that has finally snapped, but he mixes it with scenery-chewing campness that is a joy to watch. It shows that Doctor Who can do this sort of thing and still keep it feeling like the down-to-earth drama that Chibs is going for. 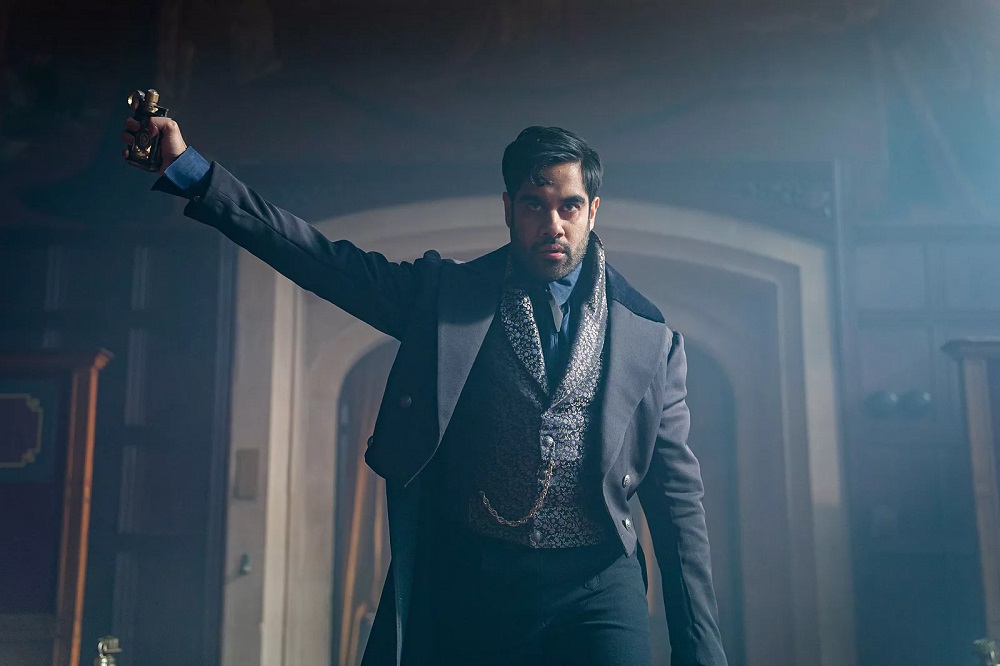 Speaking of earth, things end up getting typically crazy, as is par for the course in this show. Lenny Henry’s Barton reveals his master plan, which is basically The Matrix but human beings will be kept as hard drives and not batteries. He delivers a great speech about the dangers of social media and our reliance on technology, which might have felt a bit embarrassing (like that bewildering boomer-bait video “Look Up” from a few years back) but it works for a number of reasons. Firstly, it’s not saying people are stupid for using technology, it’s more of a warning on the ruthless sketchiness of companies like Apple and Facebook, especially after the Cambridge Analytica scandal. And it’s not condemning technology, in fact technology helps save the day in this episode, and it celebrates the people who built the technology. Finally, Lenny Henry just kills it as Barton, somehow transitioning from one of the country’s best-known comedians to a believable tech genius. He leaves a little unceremoniously at the end of this episode and I just hope that he makes a return, because he doesn’t really face any comeuppance.

Things are wrapped up neatly by the end, but that’s not surprising. It wouldn’t be the show it was if it left too many threads dangling. It’s quick, it’s silly, but it’s satisfying – something last season’s episodes often forgot. The episode takes the time to pick up the pieces. We see The Doctor returning with the women to their time periods. There’s a great scene where she wipes their minds, an act she is obviously not comfortable with but something that has to be done. It makes these characters feel important, not just tacked on. And it also adds some depth to The Doctor, not an easy task after all these years.

And that’s the absolute best thing about this episode; the handling of The Doctor. I love Jodie Whittaker in this role, have done since the beginning. But it’s true that the writing hasn’t always known how to handle her, leading to inconsistencies in the character and people thinking that sometimes she doesn’t feel very Doctor-like. But here she is superb, delivering a performance that you just don’t expect from this show. She never talks about herself, something that her companions have picked up on. As the episode comes to an end, and they try and talk to her, we realise that her jokes and cheery nature are often just a front for their benefit. She’s hurting, even more by the end of this episode, but she puts on a brave face because that’s what people expect.

The final ten minutes, delivered almost entirely without dialogue on her part, are the best scenes the show has done in years. The Master reveals that Gallifrey has been destroyed, punished by him for something he’s discovered. The Timeless Child. As The Doctor ventures back and sees the crumbling city, the bombed citadel, Whittaker manages to deliver a knockout performance – and let’s face it, it’s not like the destruction of Gallifrey is something surprising at this point. She lifts this potentially stale twist into something more, something personal and heartbreaking.

And the “Timeless Child” hopefully means more of the series long arcs of old, a new “Bad Wolf” hopefully. I miss scouring the episodes for clues and hints, bring back those days. Give me some more fake websites (I spent hours on the old Torchwood site).

It’s a fantastic episode, plain and simple. It offers a great story in which every character feels worthwhile and important, but it also promises something greater for the overall season. All this in an episode in which the title is a crappy pun. I don’t want to speak too soon, but things are looking good for Doctor Who.