“Imagine the most powerful woman in the world.”

In what is perhaps the simplest episode yet, Geralt takes on a deadly contract. Like the games and books, he accepts the task and is soon thrust into a world of human drama that he did not bargain for. And it becomes a whole lot more complicated very quickly. Elsewhere, years earlier, Yennefer of Vengerberg becomes the woman she was always destined to be, and starts her new life.

If you’ve played the games, this episode’s opening is pretty familiar. A boy details the horrific beast that has attacked and mutilated him – before succumbing to his wounds in his father’s arms. A bearded man with a wolf medallion, who has been listening to every word, steps from the shadows and accepts the contract for 3,000 orens. He’ll kill the monster. Only, this isn’t Geralt. In fact, it almost looks like a cosplay of Geralt. It’s one of his Witcher brethren, who doesn’t last long. Miles away, the man himself is a few coins short to pay for his room at the inn. And seeing as the contract is still available in nearby Temaria… 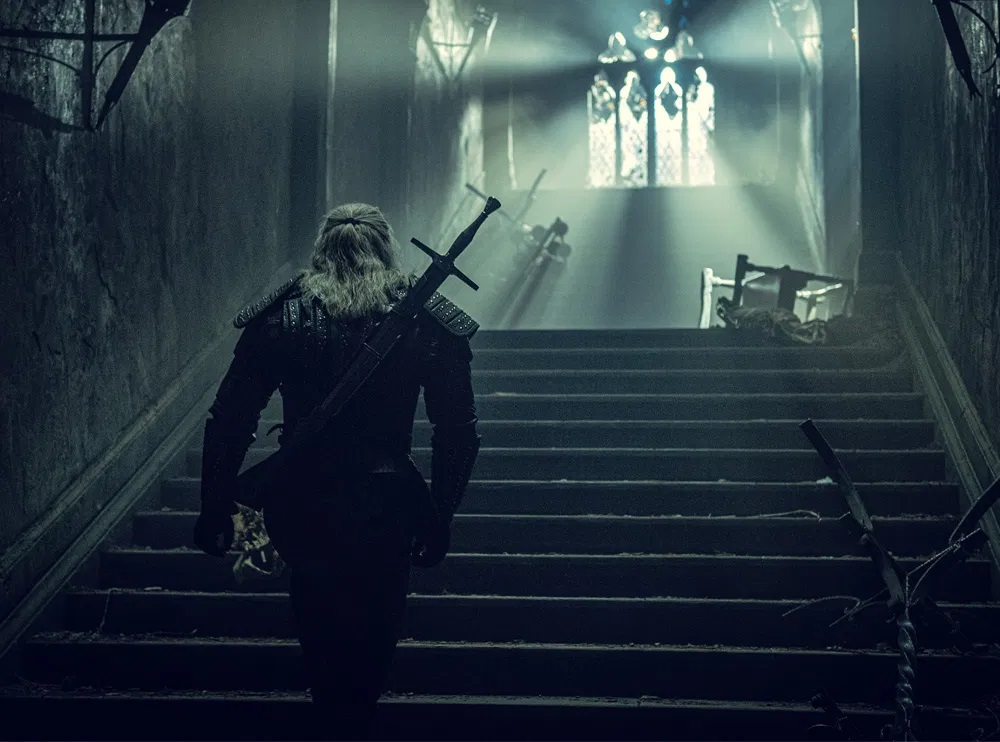 It starts simple; a monster is killing miners and townsfolk. Someone needs to kill it. But like the best quests in The Witcher, it soon unravels into a net of political intrigue, dodgy affairs, and whispered curses. The creature is a striga, a girl cursed before birth from a jealous lover of her mother. A monster who was born after its mother’s death and has been feasting on the remains, and unlucky townsfolk, ever since. As Geralt describes it, “an overgrown abortion.” But it’s not even that simple, as the tale descends further, into royal incest and historic dirty details. But for Geralt, he has a choice. He can kill it or try and save it. Sadly, to save whatever of the girl remains, he has to fight it in it’s crypt until dawn.

And boy, what a fight it is. It’s cool to see that the normally calm and collected Witcher can panic like anyone, as his tactics fail one by one. His silver chain is no use, his potions are destroyed, and his magic is doing little to stop the striga. It’s an extremely well-made fight scene, with the mix of the CGI and the real being blended together better than most films. But it’s also really messy, as Geralt has to fight for his life. It’s not the dance we saw with Renfri and her men. This is Geralt pushing himself to the very edge. Eventually, Geralt seals himself in the coffin – stopping the striga from returning before dawn, forcing her to transform back. Sadly, even Witcher’s make mistakes. With the last of it’s energy, the half-girl bites a sizeable chunk from Geralt, causing him to faint.

We meet fan-favourite Triss Merigold (Anna Shaffer) in this episode too, who helps Geralt on his mission and eventually ends up patching him up after the fight. We’ve not got a lot to judge her on so far, but she seems like a good fit for Triss. Though I’ve already seen the more toxic side of the internet come out against her. Which seems to be sad fact of the world at this point. The Witcher has a fantastic colour-blind approach to casting, with race and ethnicity seemingly playing no role in the decision to cast someone. I think that’s a really awesome way of approaching the source material, something which has always dealt with tackling prejudice. Hopefully things keep moving in this direction.

Elsewhere, and in the past, we see Yen get the transformation of a lifetime. After things fall apart with Istridd, she takes matters into her own hands. Again, this sort of thing is only ever hinted at in the books and games – but I like that the show took a decidedly gross approach to the procedure. Bits of her are scooped out and burnt down, her body splits and reforms, there’s blood and screaming etc. It’s a big deal for the character, and it changes her forever. It makes sense that it’s not an easy step to take. It’s also kept vague enough. The minute they start making concrete rules for the magic is the moment things start to fall apart.

For fans of the books/games, we get to see more of the Yennefer we know in this episode. The confident, no nonsense woman who strides into the ballroom at the end of the episode is the same one that destroyed Freya’s Garden in The Witcher 3. I can see how the relationship with Geralt is going to play out, the bickering and resentment that eventually leads to love and affection. We also see her weaknesses too; the need to be adored (hinted at by the crowd applauding at her lovemaking – though no unicorn is in sight yet), the unhappiness at her former appearance. Despite it all, despite her power and the transformation, she’s always going to feel like an outcast, like the hunchback that was sold by her father for four marks. And Geralt can see through her disguise. 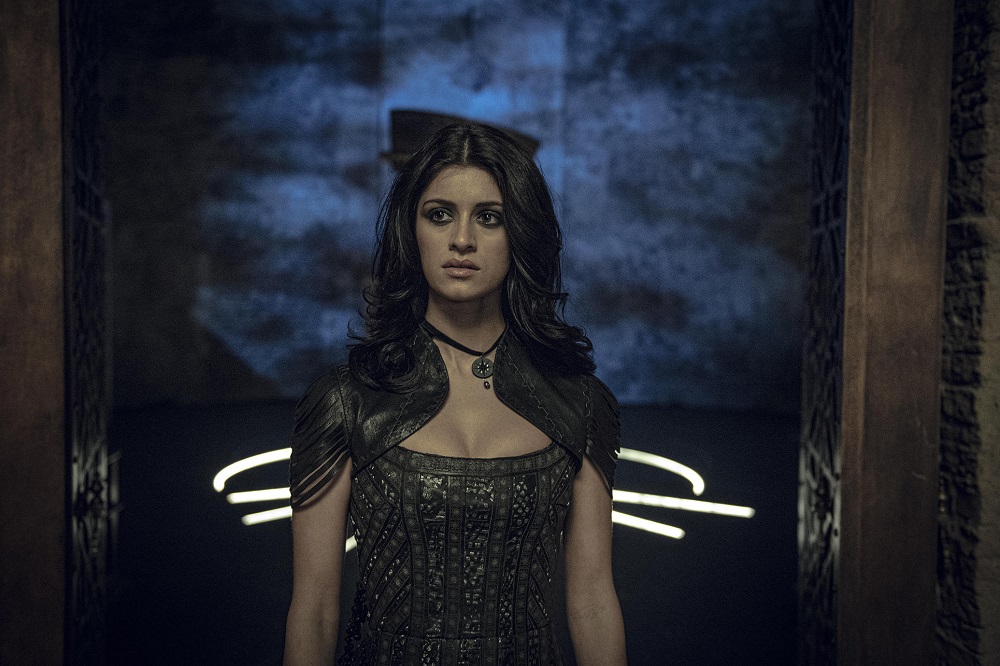 The timelines are again in play here. It seems that Geralt’s timeline is jumping about a little. The courtesan at the beginning spoke of the bard, as if Geralt’s exploits were legendary. I think we should take his scenes as an anthology, perhaps not happening strictly in order or perhaps with huge spaces of time between them. The show makes it blindingly obvious that Yennefer’s story is placed way before Geralt’s, with the inclusion of a young king Foltest, who we see as an older man in Geralt’s scenes (played with relish by Shaun Dooley). Without a big sign appearing on screen, I’m not sure how more obvious they could make it.

The episode ends on Ciri and elf-boy, as she is drawn to a mysterious forest. Between the creepy forest and the excellent archery of the unseen foes, my first thought was that this is Brokilon, the enchanted forest from the story “The Sword of Destiny”. In that story, Geralt and Ciri finally meet up. On one hand, I’m not sure they’ll be meeting anytime soon. But on the other, it makes sense. We followed that story from Geralt’s perspective, so Ciri might be living in that forest for a while, among the dryads and giant centipedes, before he turns up. We shall wait and see.

This is the best episode yet – a tour de force of action, horror, and fantasy. This is the world of The Witcher on screen at its very best.

One thought on “The Witcher Episode 3 Review – ‘Betrayer Moon’”