In honour of The Dark Knight’s 10th anniversary this year, here’s an essay I wrote a couple of years back analysing the British media frenzy (namely The Daily Mail) around the film’s age rating.

This essay will examine the controversy surrounding the film, The Dark Knight up to and during its release in 2008. It will place the film contextually and discuss whether the film was deserving of the censorship that many people called for, or rather was the BFFC right to pass the film uncut as they did.

The Dark Knight situates Batman out of the classic camp atmosphere of the previous instalments that many viewers might have been used to and is even less fantastical than its dark predecessor Batman Begins. The Dark Knight is set in a modern post-9/11 world where Gotham and its villains have more in common with modern terrorists than they do with the comic book villains of the 60’s. The film put’s Batman/Bruce Wayne between a political upstart called Harvey Dent (Aaron Ekhart) and maniacal terrorist The Joker (Heath Ledger). As The Joker reaps violence upon Gotham, causing incredible chaos, Batman fights to defeat him and to keep control of his ever disappearing real identity as Bruce Wayne. The film was a critical and commercial success earning over 1 billion dollars at the global box office, and Ledgers performance also earned him a posthumous Academy Award. Despite this praise, many British critics criticised the amount of violence in relation to the 12a rating. Writing for The Daily Mail, Chris Tookey wrote; ‘Incidentally, although it’s been allocated a 12A certificate, it’s completely unsuitable for children, who will find it murky, incomprehensible and frightening. In a sane universe where film industry-financed Jokers were not running, and ruining, film classification, this would be a 15.’ Many others agreed, but the BBFC found the film more in line with the specification of a 12a film, saying; ‘the BBFC felt that the tone and themes could be accommodated within Guidelines at 12A, and was suitable for young adolescents.’ 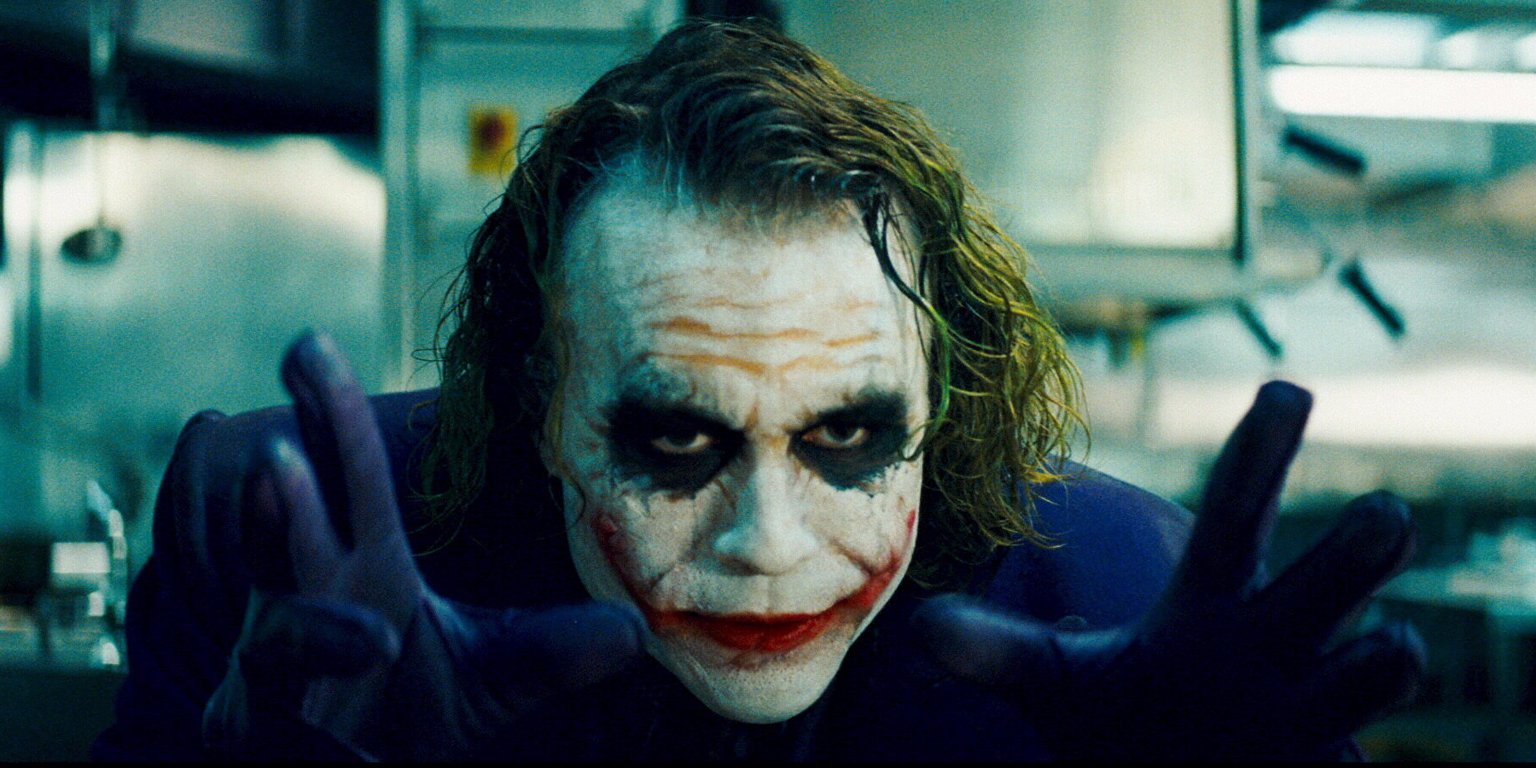 With its allegories for the war on terror, it was clear the film was an extremely modern take on the Batman mythos. The fact that the film was so clearly situated within the modern world and emphasised realism was one of the main problems critics of the film had, especially in Britain where knife crime was currently popular talking point for newspapers. And as the villain of the film, The Joker, favours a knife as his method of dispatching his enemies, certain news outlets such as The Daily Mail had trouble with the film, calling for it to be raised to a 15 rating to stop young children from being influenced by it. Many critics of the film suggested that the portrayal of the knife crime within the film would lead to knives and similar crimes becoming popular. Mail journalist Ray Connelly writes ‘…knives have become cool. After all, what is the most popular movie of the moment… It’s The Dark Knight, the new Batman blockbuster, in which… the Joker explains why he prefers killing with a knife. His victims, he says, take longer to die that way. With blade in hand and all the realism that Hollywood can conjure, he then repeatedly demonstrates his trade. He’s terrifying – but incredibly hip.’ This representation of knife crime within the film was a problem for other critics as well, but the BBFC claimed the film doesn’t glamorise knives, or as The Daily Mail says makes them ‘cool’. The BBFC say that the ’12’ rating that they granted the film was the right rating for it and the film fit inside the 12a rating boundary. They write in their summary of the film; ‘There are also scenes in which the Joker threatens first a man and then a woman with a knife and whilst these do have a significant degree of menace, without any actual violence shown they were also acceptably placed at ‘12’.’ This shows that the BBFC felt the film’s violence wasn’t dwelled upon in the film and because of that it adheres to the guidelines of the 12a rating. The 12a rating describes an adequate level of violence as; ‘there [can] be moderate violence but it should not dwell on detail.’ If the bank robbery scene is used as an example of the film adhering to the rating guidelines then it is clear to see that the film does. When the bank manager is shot by the Joker thug with a shotgun he falls down but it is suggested he lives. Not only that, but there are no marks on him to show he had been shot. In fact the whole film relatively bloodless, with gunshots either not leading to a bloody wound or the resulting wound not being shown through a combination of close ups and clever camera angles.

The Dark Knight’s method of using filming techniques to not show its violence could arguably work against its 12a rating. The fact that violence isn’t dwelled on means that it could be seen as the violence becoming trivialised, as certain critics thought. Film reviewer Ray Connolly wrote; ‘When Heath Ledger as the Joker kills someone, we don’t see the terrible effects of someone dying. The camera quickly moves on. Violence becomes a joke.’ While the BBFC argue this method of presenting violence done by the filmmakers makes the film more suitable for a younger audience, critics of the age rating say that these fast cuts and using violence but with no detail turns the violence in the film into a joke. As well as this, many critics wanted the film to be censored or have the rating changed as they worried that the film may lead to young people emulating the violence. As one critic put it; ‘if commercials work by benignly brainwashing us, how can anyone honestly argue that repeated and heightened violence in movies such as The Dark Knight, foolish and absurd though the story might be, doesn’t also brainwash us into believing that brutality and easy killing is just a glamorous way of life?’ But nowhere in the film is the lifestyle of the character of The Joker shown to be ‘glamorous’. As the BBFC wrote; ‘The Joker is a psychotic, deranged character… examiners were clear to establish that there is no undue focus on the weapon (his knife), and that it lacks any glamorous appeal.’

That isn’t to say that all of the films critics thought this made the violence in the film less brutal. As Allison Pearson writes; ‘how could such a remorselessly brutal movie get a family-friendly rating?’ In fact, many critics complained of the ‘family friendly’ rating the film received, although the 12a rating has never presented itself is such a way. In the BBFC description of the rating system, the 12a rating  is described as; ‘the content of 12A rated films to be suitable for children aged 12 and over, and we would not recommend taking very young children to see them. Works classified at these categories may upset children under 12 or contain material which many parents will find unsuitable for them. Adults planning to take a child under 12 to view a 12A film should consider whether the film is suitable for that child.’ The term ‘family friendly’ suggests 12a rated films are suitable for any age, but as the BBFC specify, the suitability of a film changes from viewer to viewer. While the film could be suitable for certain under 12’s, such as more mature children who have seen and not been affected by the first film in the trilogy, the film may not be suitable for another child. But this comes down to the parent or guardian choosing whether to watch the film with their child or not. Calling for the rating to be increased to a 15 or even an 18 due the fact that certain critics, along with a very small minority of audience members, found the film was unsuitable for children is only one side of the argument (the BBFC received 364 complaints from members of the public in 2008 about The Dark Knight. The complete UK gross of the film by 21 December 2008 was £48,685,166, so it is clear the complaints make up only a small portion of audience members.). As is clear from the number of complaints, other children have been completely unaffected by the film and the violence in the film is suitable for a 12a rating. The complaints towards the film are in direct contrast to complaints made to thematically similar films, such as Spiderman, from before the 12a rating was established. Before then many complaints stated that parents ‘felt that they were better placed than the BBFC to decide which films their under 12s could cope with.’ Arguably then, the BBFC would still have received complaints about The Dark Knight had they given it a rating that stopped children from seeing it, such as a 15 rating, as proven with the release of Spiderman a few years earlier. When that film was given a 12 rating (12a had yet to be implemented) many parents complained that Spiderman was essentially a children’s movie as many children watched the cartoons, read the comics and collected the merchandise. Due to this, the 12a rating was eventually established. With a similar film such as The Dark Knight which is on the boundary between a film for older children and a film for adults but contains content no stronger than that of a 12, and has a large built-in fan base of children, the only true rating can be a 12a. This leaves the decision to show the film to a child as a decision best left to parents and guardians.

In conclusion, while it is clear that many aspects of the violence and tone found in the film The Dark Knight caused an outrage from certain critics, none of them are enough to warrant censorship or a rating change for the film. As the BBFC pointed out the violence is adequate for a 12a film and the material in the film is suitable for anyone over the age of 12. Of course, the films 12a rating means a child under 12 can see the film with adult accompaniment but this decision ultimately lies in the hands of the parents or guardians of the child or children in question.