“No one ever made a difference by being like everyone else.”

I’ll be honest, I didn’t think I’d like The Greatest Showman. I was sure I’d hate it. The trailers made it look cheesy, full-on, and a little on the nose with its message of empowerment. And it’s true, it is all of those things. But buoyed by some catchy songs and a dedicated performance from Hugh Jackman, it’s really difficult to not enjoy it.

The eponymous showman is P.T. Barnum, played by Hugh Jackman. He is a down on his luck guy who wants to make the best life for himself and his family. Having Hugh Jackman in a role like this is shorthand for “I’m a nice guy.” The film has to do very little work to make you care for affable Hugh and his beautiful Hollywood family – you want him to succeed from the off. Which is also a bit of problem. Let’s talk about the elephant in the room.

Jackman’s version of Barnum is a little different from the real thing, to say the least. The real PT Barnum was much more exploitative and racist. One of his infamous moments was when he performed an autopsy in front of an eager crowd, on an elderly black woman he claimed to be over 160 years old. Barnum didn’t empower outsiders and preach about inclusiveness so much as shine a light on what he saw as freaks – and made a few quick bucks along the way. So, forget the real history if you want to enjoy the film. The film does touch on Barnum using tricks to make more money (stilts on the tallest man, padding for the world’s heaviest man) but it skips the more gruesome stuff. After all, this is fluff. It’s popcorn entertainment, but it’s popcorn entertainment of the highest order.

Despite my love of everything Hugh Jackman, in a musical like this, the songs are the star of the show. A musical can be the most well-crafted piece of cinema in the world, but if the songs are rubbish then it means next to nothing. Luckily the songs here are great. They are bombastic and staged intricately, with great dancing and choreography, and most importantly they’re catchy. When watching, we were trying to spot the ‘Cheer Up Charlie’ of the film, or the ‘Lovely Lonely Man’. But there isn’t one, the songs are all consistently good and for my money, there’s no weak song in it. They also hold up well when listened to on their own, which a lot of musicals don’t. A lot of Phantom of the Opera, for example, needs to be seen with the film. With this, it sounds great in the film and it sounds great on the bus. The best song for me is the ‘The Greatest Show’. It’s uplifting, it’s big, it’s very camp, and it perfectly encapsulates everything that makes the film so enjoyable. 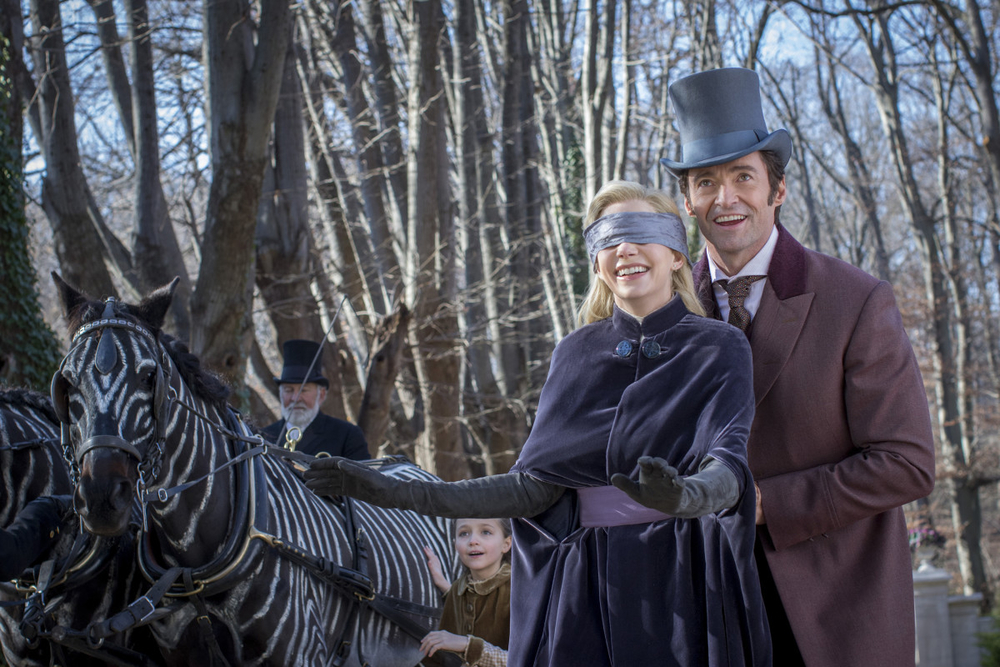 The film often makes reference to the critics of P.T. Barnum’s circus. One critic, James Gordon Bennett (Paul Sparks) tells Barnum that he knew it wasn’t art. He says “I never liked your show, but I always thought the people did.” This, for me, sums up the film. I like to think that Hugh and the gang knew they weren’t making a masterpiece, they were making something fun to entertain the masses. Like P.T. Barnum’s circus, The Greatest Showman pulls you in and then dazzles you with spectacle and impressive showmanship. Underneath that huge striped tent, there’s not much depth, there are no real stakes. But the film, and the songs especially, keep you enthralled while they’re there.

The Greatest Showman is a bright and arresting story of some outcasts trying to fit in. And that really resonates today in the world of equality of diversity. Sure, this is not the story of the real P.T. Barnum. He was not really like this. At one point in the film, Bennett says to Barnum, “Does it matter that everything you’re selling is fake?” And in this case I’d argue no, it doesn’t matter one bit.