“Being good at this kind of work is not very beautiful.”

It’s refreshing to see a film that is just an old-fashioned, cloak and dagger thriller. That is exactly what you get with Allied, a love story in the world of espionage. The film stars Brad Pitt as Wing Commander Max Vatan (the coolest name ever) and Marion Cotillard as French Resistance fighter Marianne Beauséjour. After meeting in Casablanca, their whirlwind romance is put to the test when they move to wartime London.

First up, our leading man and leading lady. Brad Pitt is reliably stoic as Canadian intelligence officer Max Vatan, usually staying quiet and looking off into the middle distance. But often there are bursts of extreme emotion from him. He violently murders a German officer who saw through his disguise, or he guns down an elderly German sleeper agent. Though he may appear at first as the classic man of few words, there is much more underneath as we (and Marianne) get to know him. As the film goes on and stakes get higher, his façade slips and the anger and passion comes out. There’s one scene towards the end where all the pieces fall into place and Max works everything out, Pitt is excellent here.

Marion Cotillard is awesome too, I don’t think she could ever turn in a bad performance (Talia Al Ghul death scene aside). She looks like she’s been taken straight out of the glamorous world of 1940’s Hollywood, with her old school beauty and slinky, long gowns. She is a perfect match for Pitt, in both the action sequences and the dramatic scenes. The chemistry is there too, though a few critics would disagree. I thought both of them did a terrific job of appearing to be absolutely besotted with each other. 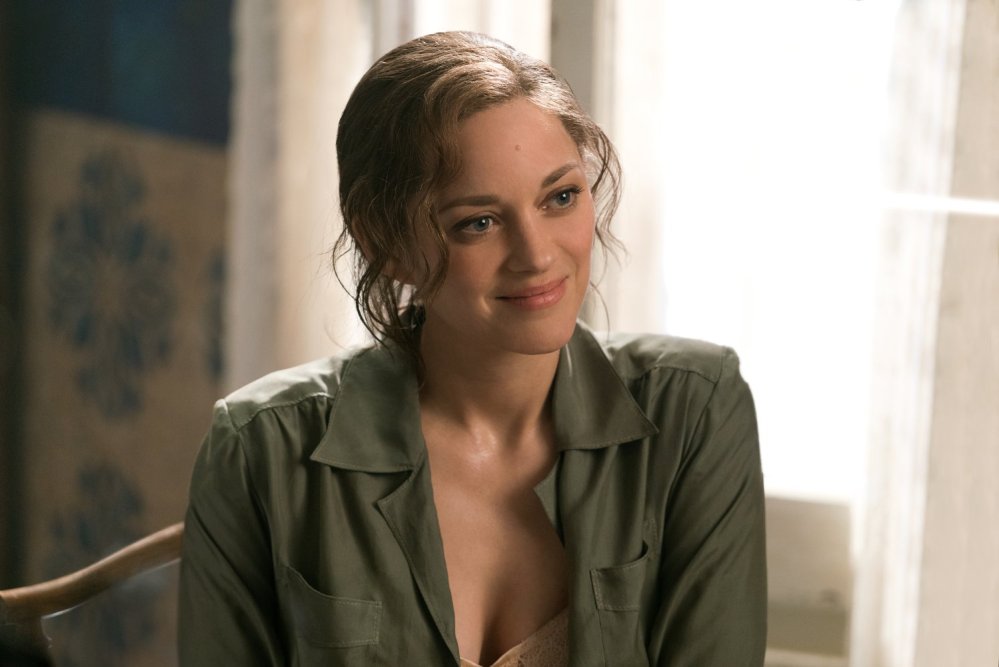 The plot is pretty standard for these types of films, for the first half at least. Max arrives in Casablanca where he meets his contact Marianne. They both then live together under the guise of husband and wife as they plan an assassination of a leading Nazi general. The setting is well trodden in films like this (not to mention the film that shares the city’s title) but Zemeckis and his cast make it feel original. Never have the 1940’s felt so real and alive since, well since the actual 1940’s. This is due mostly to Zemeckis’ use off CGI trickery. He is a master of it now and, aside from a few hiccups perhaps, the film looks stunning. Pitt is glossed over to look almost like a 1940’s matinee idol in soft focus. It’s odd at first but once you’re in the world it’s very convincing. The city itself feels like a living and breathing wartime version of itself, complete with classic cars touring the streets and traders with camels walking the pavements. The plot here resolves around them keeping up appearances (and offing a Nazi when that fails) and getting to know one another. They end up bumping uglies, naturally, and it happens in one of the coolest yet perhaps dangerous/impractical sex scenes of recent years.

The second half is where things get really interesting. After the assassination Max asks for Marianne’s hand in marriage and they move to London and have a baby. Like Casablanca, wartime London is beautifully realised down to the tape over every window, the naff wallpaper of the houses, or the glass from blown-out windows after the a blitzkrieg the night before. But as life moves on for the family, Max is called back to investigate whether his wife’s intentions were wholly romantic when she agreed to marry. Is Marianne a double agent for the Nazi’s? The screenplay Peaky Blinders’ Steven Knight keeps you guessing. It could go either way, right up until the end. 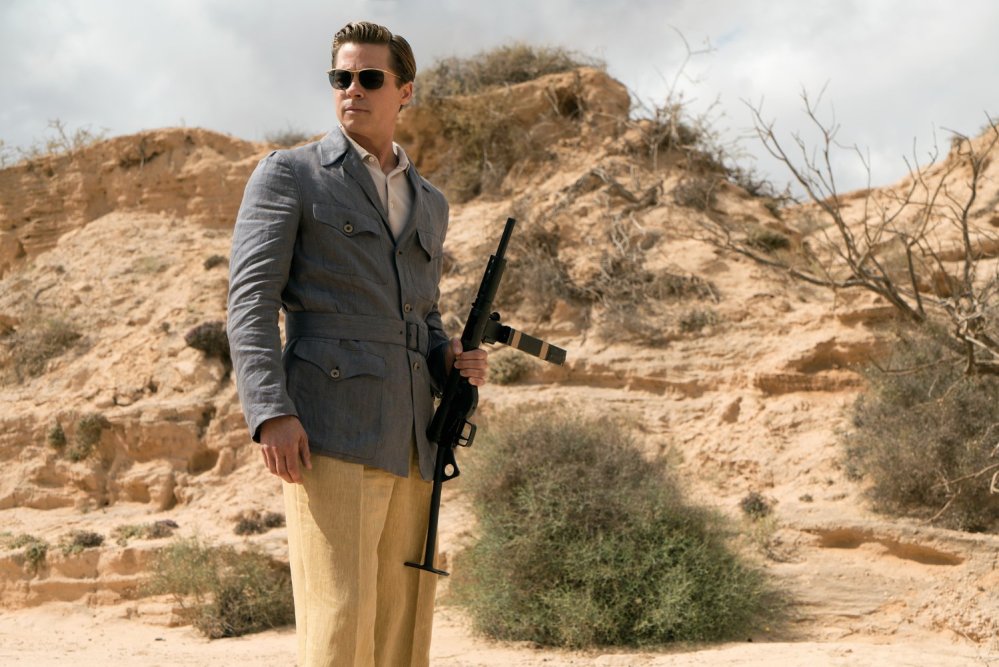 It’s worth pointing out though, that this film is an old-fashioned romance at heart. There are scenes of action but it’s not an action movie. One particularly cool scene however, does see Pitt take out a whole bunch of Nazi’s in a tank. It’s serious war business though, it’s not the Inglourious Basterds exaggerated type of action. The assassination is cool as well, due to the fact that we get to see the planning and the build-up and eventually (pardon the pun) the execution.

The ending is perhaps a little overly-sentimental but with a romance this strong I don’t see an easy way of avoiding that. Perhaps the old-fashioned nature of the film will put people off, even with the double-crossing and the suspicions it’s a relatively simple film which relies on the classic formula of Nazis = BAD. But it’s glamorous and the romance is very strong, and you really don’t know which way things are going. Just when you’ve decided if Marianne is a double agent, the film pulls the rug out right from under you.

It might not be a masterpiece but it’s some excellent film-making. Give a shot.