“What we’ve created here may be unique in all of human existence.”

Are you in your house reading this on a computer? Or a tablet? Or a phone? Maybe you’re in a workplace, working for the man. I bet you’re wearing branded clothes and buy your food from a supermarket. You probably have a normal name too, like Jane. Or Neil. Pfft, you capitalist.

There are a hell of a lot of politics floating around Captain Fantastic and a whole lot of debate about the messages in the film. Is it too leftist? Is Viggo Mortensen’s patriarch Ben too extreme to be considered sweet and eccentric? Ultimately it’s a bit of both, and I personally think the film does a fine job of presenting us with an unbiased look at this liberal, hippy life. Despite overall great reviews (81% on RT) a lot of critics have been critical of a film that shows a man teaching his family to hunt, presenting them with huge knives as presents and serving them all wine, as an eccentric quirky film. But I feel many of these critics missed the point that the film is not condoning this lifestyle, not by a long shot.

The film wastes no time in introducing us to this family and their crazy ways, the first time we see them the oldest son Bo kills a deer and eats the heart. Now he’s a man! This is just one of the many training exercises/missions that Ben, the father of the clan, has the children do. They live in the woods and spend the majority of the time adhering to the strict physical and mental training that their father has laid out for them. When they’re not doing that, they’re sat around the fire singing or reading, or discussing socialist ideology. At first you might think this is a bit much. This crazy bearded guy is not right, but the film seems to be showing it as some perfect idyllic life. Then things start happening that suggests this isn’t the paradise it seems. One of the sons clearly has severe anger issues and Ben’s way of dealing with it isn’t working. It also becomes clear that the children have no idea how to act and talk to people in the real world. Ben might teach them everything there is to be found in books but none of them have any actual world experience. It becomes very obvious that this life might not be the best for the children, from the way other characters react. Ben’s sister and her brother (a brilliant Kathryn Hahn and Steve Zahn) are really worried about the children, saying they’re just kids and should be protected from certain things. The film doesn’t answer these questions and perhaps it’s this reluctance to lean one way or another that rubbed a small handful of critics the wrong way. 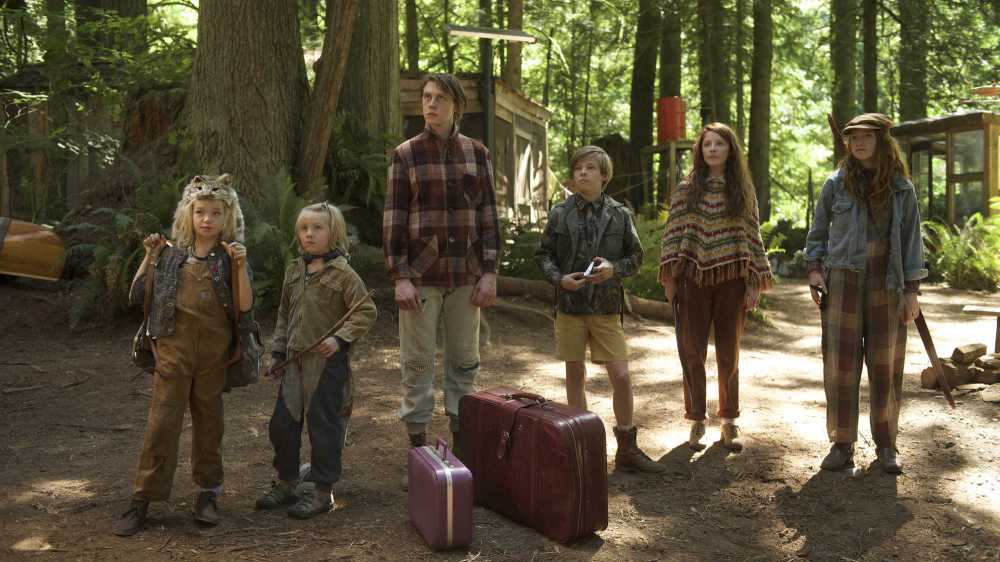 Another question the film wants to make your own mind up on is, is Ben a good father? He can be quite harsh with them and there are a few times during the film when his children get hurt. He also gives them huge knives as presents on Noam Chomsky day. But he does love them and would do anything for them. Like the other messages in the film, the answer lies somewhere between the two extremes. Whereas he is probably right that kids shouldn’t be as sheltered as they are, or should be brought up as unique individuals, he probably shouldn’t send them climbing on roofs and using them for shoplifting. For every good bit of parenting he does, he goes a little bit too far in another aspect. But that is only my interpretation; other people will have different ones. Again the film doesn’t give you answer, which could be unsatisfying but it also means I can’t stop thinking about it days after I watched it.

The performances in Captain Fantastic are outstanding. Viggo Mortensen is excellent as Ben and completely loses himself in the role, though at this point anything less from him would be a surprise. He is perfect for the role because he can be equally as charming as he can be threatening. Anyone else would perhaps seem too soft or too stern but Viggo was born for this role. We have to both be worried about the safety of the kids and reassured he loves them all, and that’s a tricky feat to achieve. The kids are all amazing, which is lucky because often poor child actors can drag you right out of the film. The standout for me is oldest son Bo, played by George MacKay (last seen getting into misadventures with James Franco in the excellent 11.22.63). Despite becoming a man, upon venturing out into the real world he realises he can’t talk to real people, especially girls his own age, whom he begins to take an interest in. The scene in which he proposes to a girl he’s just kissed is awkward and funny, but sad as this life his father has built has failed to prepare him for normal human situations. The first of the children to reach adulthood and have these problems, Bo is the catalyst that makes Ben and the audience consider the negative aspects of this supposed utopia. 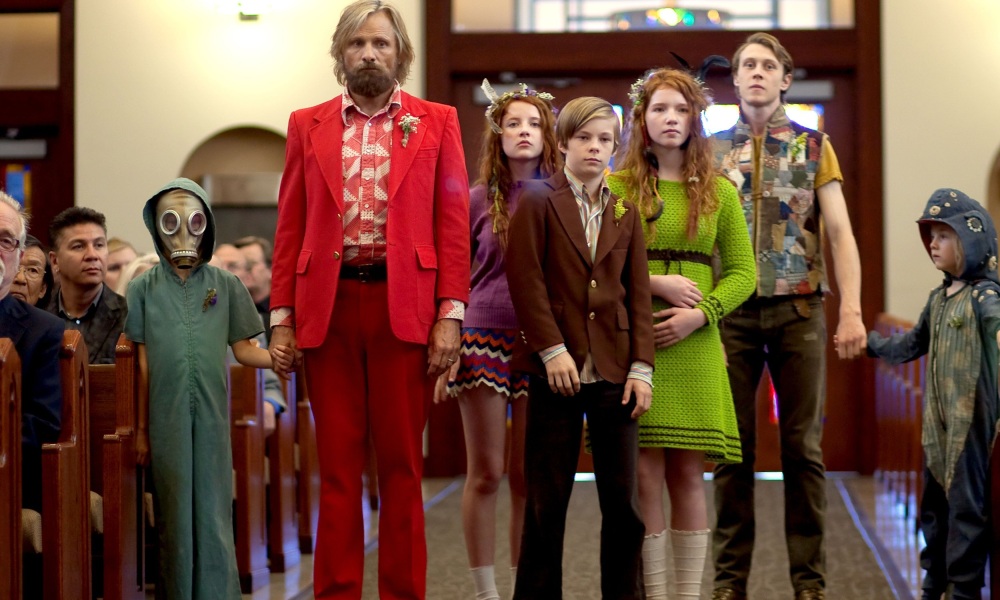 Another great performance is Frank Langella as Ben’s father in-law. With a lesser actor this character might have just been a cardboard cut-out analogy for ‘the man’ or the establishment. But when he starts talking he makes a good argument. The kids are covered in bruises, the lifestyle is dangerous, and they are not in school. Also he plays this grandfather character with such love for the kids, that it’s difficult to dislike him. But I don’t think we’re meant to. My one complaint about the film is the third act, in which Frank Langella is strangely absent and certain events risk destroying our suspension of disbelief. A few critics have labelled the ending as unearned or too happy, but I disagree. The final shot of the film lingers just a little too long, like the famous ending to The Graduate. The expression on Ben’s face changes to something entirely different and he lets out a sigh that could be interpreted as both relieved or saddened. I won’t spoil anymore, but you be the judge. Some arguments I’ve read suggest the entire third act doesn’t happen, but I’ll need to watch it again to think about that.

The direction is stunning, especially the scenes filmed around the woods that the family call home. The scenery is gorgeous, with huge mountains and trees sloping down from a winding mountain road, as the family cruise down in a huge bus. The camp where the family have set up shop looks lived in and realistic and almost makes me think I could go off to the woods and survive (I couldn’t.) The director, Matt Ross, is most famous to me from American Horror Story or small roles in The Aviator, American Psycho or Face/Off, he’s a ‘that guy’. Here he directs and writes the story beautifully and they both work together to create a challenging and touching world.

Overall Captain Fantastic is not perfect. But it is very, very good. In fact it is very much fantastic (saved that one until the end). It’s the film that’s made me want to go out and talk about it and debate it with someone. I encourage you to watch it and make up your own mind. Maybe you will disagree but it doesn’t matter what your interpretation is, as long as you have one. And I think that would please Ben quite a bit.