“My mercy… prevails over my wrath.”

Finally, The Walking Dead returns. Despite the absolute abundance of quality TV in the intervening months since the season 7 finale, I couldn’t be happier. Even though it’s usually not the greatest show on television it’s certainly my favourite (and judging from the still record breaking viewing figures I’m not alone). No show (at least since Lost) has had the same enduring appeal and wonderful range of colourful and diverse characters that The Walking Dead has. Not even Game of Thrones has managed to spawn a character as cool as Rick Grimes.  So does the premier of season 8 carry on from the high watermark left by the season 7 finale? And does it put to rest some of the criticisms that season 7 was generally too slow? Well yeah, pretty much.

Rick’s war on Negan and  The Saviors begins in typical Walking Dead fashion with a tried and tested inspirational Rick-speech. This time though it’s more democracy than Rick-tatorship as Rick extols the value that could be gained from all the disparate groups working together against Negan. He even gives Negan’s lieutenants a chance to stand down when, about halfway through the episode, Rick parks his army right at the Savior’s front door. A softer side of Rick this may be, but there’s still no apparent chance at survival for the big man himself – Negan is definitely heading for the chopping block (comic readers stay quiet please). Many fans have taken issue with the fact that Rick could have shot Negan on multiple occasions in this episode, hell, he walks right into the open as Rick and co aim there weapons. I’m willing to give the writers the benefit of the doubt though. Sure Negan’s plot-armour is what saves him ultimately but in-universe it would have been plain wrong for Rick to take a shot at that point. Firstly he’s offering the lieutenants a way out before the shooting starts, or maybe to avoid the shooting. Sure they don’t take it but he had to try right? And secondly, to shoot Negan then and there would just have made a martyr out of him. To show him as weak would be a much more effective way of ending his cult of personality (could the picture Rick took of a cowering Negan come in to play?) 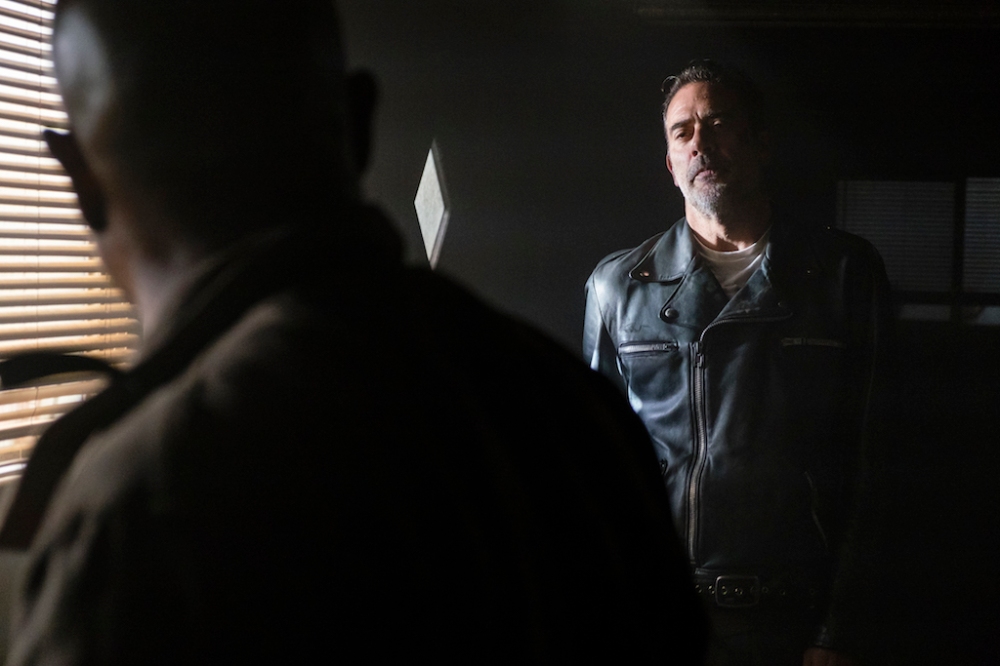 The shootout itself was pretty fantastic. People complain of the show’s low budget (which is exaggerated anyway – it ain’t cheap making places look desolate and post-apocalyptic) but the lack of GOT style effects usually results in scrappier and more brutal action sequences. The whole scene was great but there were a few wonderful, standout moments. Morgan covering behind the dumpster as the Savior’s cars hit his explosive tripwire, Daryl leading a horde of walkers from his bike while shooting at targets cowboy style, or the slight appearance of crazy Rick as he tried to kill Negan. That slo-mo shot of Rick firing at Negan while he cowers behind a piece of sheet metal was superb.

The episode also tried something a little unusual (and furthered the Lost parallels) as within the episode there was a flash forward. How Rick managed to age so much in the 5 or so intervening years is a mystery but comic book readers can take a good guess at why he’s limping. Also, did anyone else notice that the song Rick wakes up to is a Wierd Al’s ‘Another One Rides The Bus’? I’m not completely sure what that symbolises but I have a few ideas. Namely that it adds to the fact that this flash forward is actually just a dream of Rick’s. The whole scene has that dreamlike smothered-in-vasaline look to it anyway, plus isn’t everything in it just a little too perfect? And that’d make sense when you realise we also have that other flash forward showing Rick all crying and broken. I don’t think Rick Grimes’ future will be as rosey as this episode suggests. 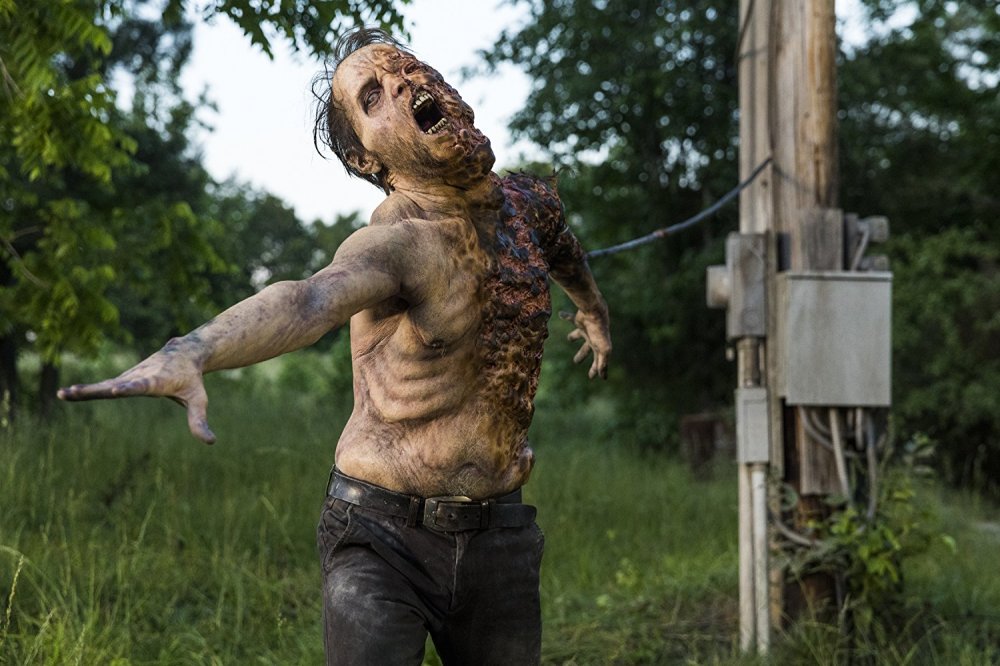 The cast this episode were all fantastic, as per usual, even if they didn’t all get a chance to shine. The standouts are still Norman Reedus as Daryl, Melissa McBride as Carol, and Khary Payton as King Ezekiel. Special mention should also go to Chandler Riggs, whose fantastic portrayal of Carl is fast becoming one of my favourites on the show. Above all else though, this show belongs to two people and two people only; Andrew Lincoln’s Rick and Jeffrey Dean Morgan’s Negan. Lincoln is consistently putting in a performance up there with the very best on prime-time TV and, love him or hate him, Negan is one hell of a great character. How the show will sustain the face off between the two without it getting stale is anybody’s guess but with the trash people out there too and, oh yeah, the walkers, it seems like Rick might have his hands full. Next week it looks like the plan to attack the saviors continues to unfold while Rick runs into a ‘familiar face’. Heath? Morales? Guess we’ll have to wait and see…

See you next week for ‘The Damned’!