And with that we say goodbye to another companion of The Doctor. Clara has gone and The Doctor is all alone, but was it a fitting goodbye?

This episode also saw the return of Rigsy from ‘Flatline’ which could very well have been another example of the showrunners bringing back some character no one remembers or cares about. But they avoided this by having Rigsy be a genuinely likeable character with a lot at stake. He gets in touch with Clara and The Doctor when a mysterious tattoo appears on the back of his neck and seems to be counting down. It’s a great set up with the right amount of mystery, just how The Doctor likes it. Almost as if someone set it up…

That’s where Maisie Williams’ “Me” or “Ashildr” comes in. She’s back from last time and to give her credit, she’s playing a different character again. It’s a testament to her that she can keep appearing as the same character yet really show how she’s changed over the hundreds of years she’s been around. It’s also a lot of fun watching her, not knowing if she if her intentions are good or a little evil. She’s running a secret alien street when we catch up with her, and she is the one who has put the tattoo on The Doctor’s old pal Rigsy.

The idea that the tattoo is counting down to death by smoke raven is certainly an interesting concept, and seeing it in action against a (seemingly) elderly man is chilling. 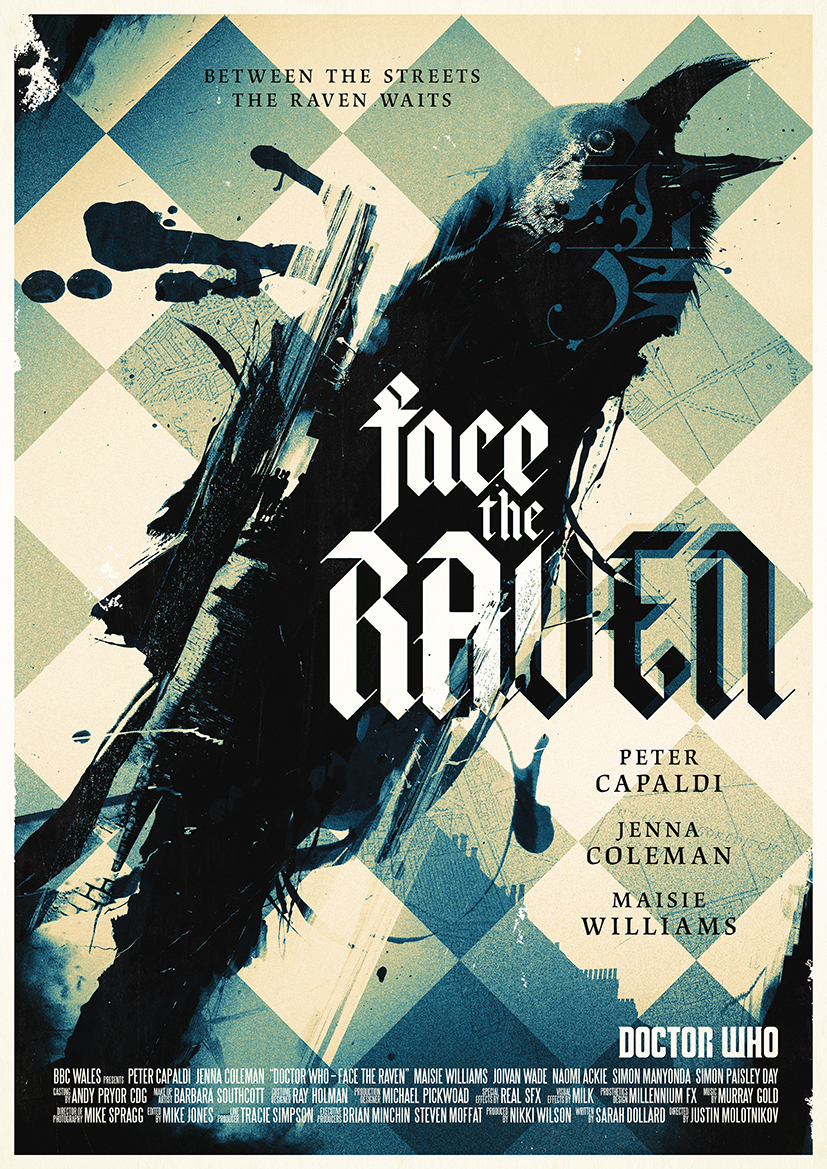 Another cool concept is the street that Ashildr is now running. It contains all of the Doctor’s oldest enemies all trying to live a normal life away from prying eyes. There are plenty of little nods there to fans, like an Ood doing some maintenance on a Cyberman. The set design on the street is awesome as well, relying entirely on real props instead of CGI.

The mystery of the episode is simple. Rigsy has been accused of killing a resident on the street and has been sentenced to death. The Doctor and Clara must find out who did it before it’s too late. Although it’s not that simple, it rarely is. It’s a basic idea though and will not leave the audience scratching it’s head like it did at parts of last weeks.

Ultimately we have to deal with the elephant in the room. Clara’s death. The thing of note here is that she didn’t die saving the world, or as a noble sacrifice. She died because of her own recklessness. Her plan of swapping the tattoo to her backfires and she has to pay the consequences. She knows she’s messed up and so does The Doctor. People complain about Clara being too cocky, and it was this exact trait that finished her off. It’s a brave move, let’s hope they don’t bring her back next week and undo all of the good stuff.

The final moments of the episode are riveting. Clara’s emotional (and extremely painful looking) death is hartbreaking to watch. But the coolest part is Peter Capaldi’s angry performance. He does angry so well, he is on the verge of getting seriously crazy. Until Clara talks him down, and that reminds us that The Doctor needs someone around to pull him back from the edge when he’s teetering over it.

Clara will be missed, if mostly by the creepier fans. But she will leave a hole in The Doctor’s heart most of all. Her death is unique mainly as it shows how dangerous travelling with The Doctor really is. You don’t have to be saving the world to make a fatal mistake.

Next week The Doctor is alone in a scary castle. If Peter Capaldi’s recent performances are anything to go by, this will a great episode.

2 thoughts on “Doctor Who ‘Face the Raven’ Review”